Fact Check: Man Singing the Bollywood Gazal in the Viral Video Is Not Kenyan, But Indian | Newsmobile
Wednesday, October 5, 2022 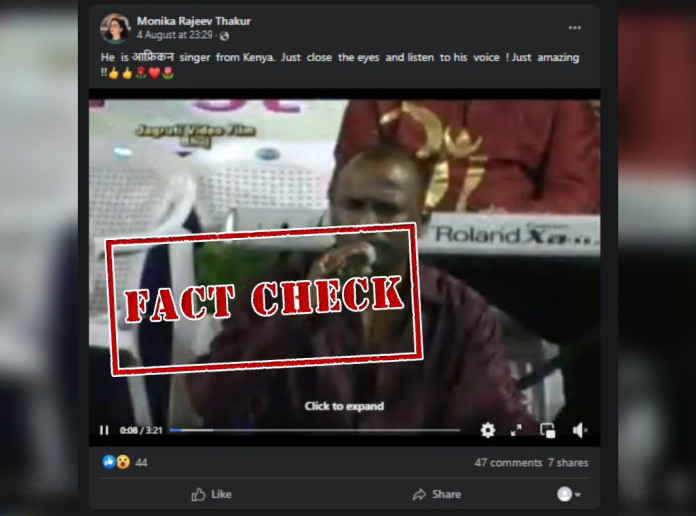 A viral video claiming a man from Kenya singing a Bollywood gazal is doing the rounds on social media. The man in the video can be heard singing the famous gazal ‘Na kisi ki aankh ka noor hoon’ by Mohammed Rafi.

A Facebook user posted the viral video with a caption: He is a आफ्रिकन singer from Kenya. Just close the eyes and listen to his voice! Just amazing!! 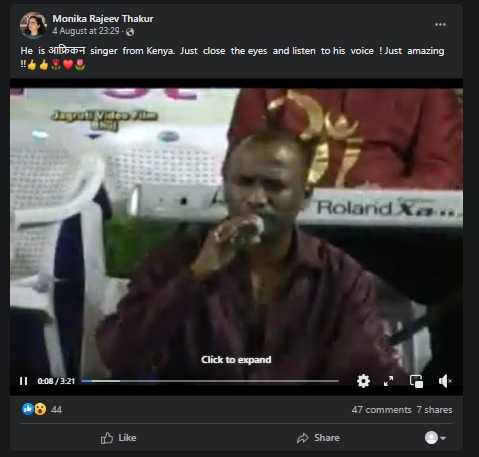 You can find the video here.

NewsMobile fact-checked the viral video and found it to be false.

This video has been shared online with the same claims for a long time now.

We also found a YouTube video titled: This African Singer is from Kenya. Just close yr eyes n listen to his voice?, published on a channel — Anurranga Jaisalmer — dated March 22, 2018. The channel has posted the same video as the one being viral right now, but what caught our attention was the comment section of the video. Many users have pointed out that the man in the video is Indian singer Sanjay Sawant. He is not Kenyan. 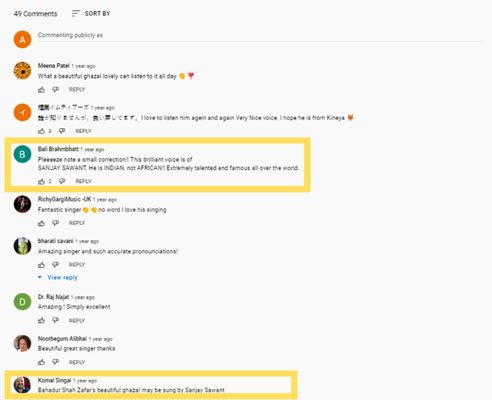 Scanning the video closely, we found Jagruti Video Film Bhuj written in the top left corner. Running through the Google Keyword Search, we found one YouTube video from Jagruti Films, dated January 9, 2021. This video looks like an enhanced version of the viral video and the keyframes in both versions match exactly.

Here too, many people raised queries on the identity of the singer, and the channel replied to them, stating that the singer is Sanjay Sawant. It clarifies that the man is not from Kenya. 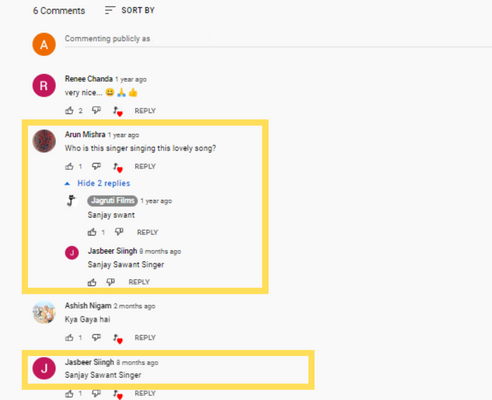 Scrolling through the official Facebook account of Sanjay Sawant, we could identify that he is the same person singing in the viral video.

The About section of the page reads: “Sanjay has been in the singing profession for more than 20 Years. Sanjay has performed as a lead singer in over 1,500 live concerts, both, in India and abroad. Sanjay has recorded a number of songs for music albums in various Indian languages like Hindi, Marathi and Gujarati.” 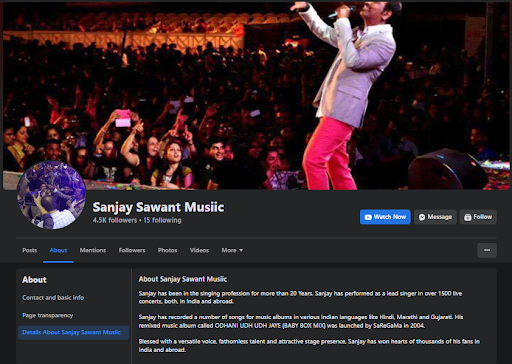 Therefore, we can conclusively say that the viral video’s claim about the singer’s name is totally misleading.