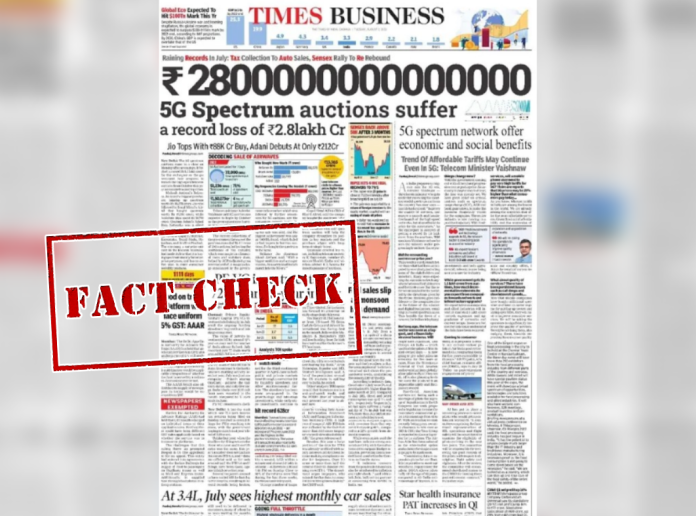 A news clipping allegedly published by The Times of India’s business section is being widely shared on social media, claiming that 5G spectrum auctions caused a record loss of ₹2.8 lakh crore.

After seven days of bidding, the 5G telecom spectrum auction was said to have ended on August 1, 2022, with bids exceeding ₹1.5 lakh crore. Reliance Jio of Mukesh Ambani placed the highest bid of ₹88,078 crore, purchasing 24,740 MHz of the spectrum. The spectrum would be distributed by the government on August 12, according to Telecom Minister Ashwini Vaishnav. 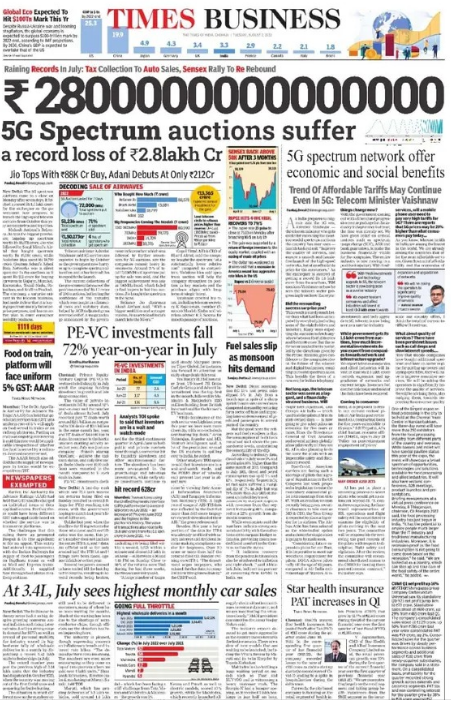 We looked at the viral image and noticed the byline of ‘Pankaj Doval’. We found a verified Twitter handle by the name ‘Pankaj Doval’. The bio reads National Editor of Times of India.

Searching the profile, we found a tweet that carried a photo of the same front page.

As the government got ready to start the telecom services from October this year, we noted that the item highlighted the conclusion of the 5G spectrum auctions on Monday, 1 August, which “fetched a record ₹1.5 lakh crore for the exchequer.”

The edited screenshot appears to have added more space to the image to make room for the numerical value and utilised a different headline’s typeface next to the lead story. The edited version of the newspaper features a headline about 5G having “economic and societal benefits,” as opposed to the original version’s reference to it as the “dawn of a new era” in India’s telecoms industry. 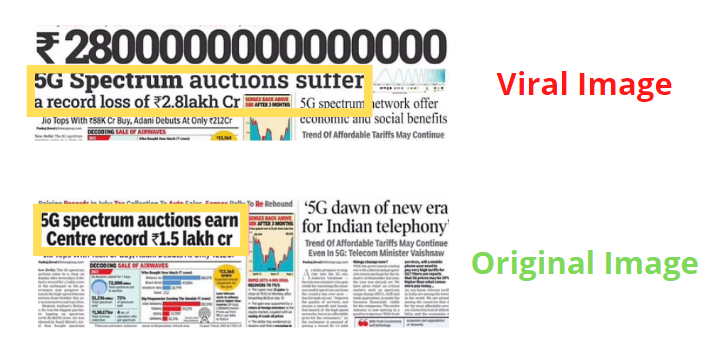 The headline contains 14 zeroes, which is 2,800 lakh crore, and not “2.8 lakh crore” as mentioned in the viral image. We were also not able to find any credible media report that corroborated the viral claim.

Thus, it is evident from the above information that the viral image is false.