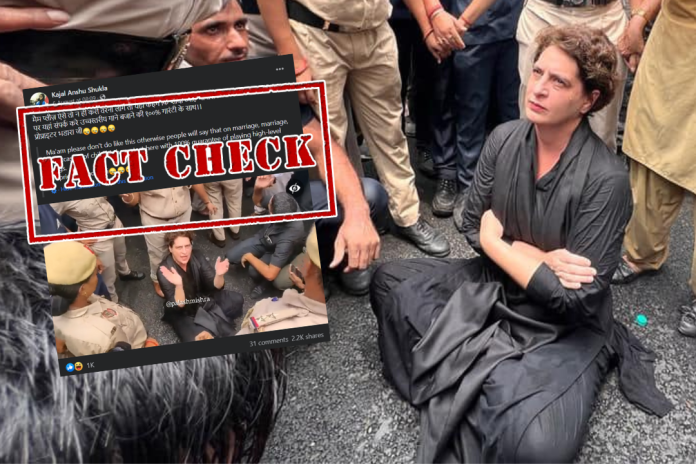 Days after senior Congress leaders staged a protest against the government over price rise and unemployment, a video of Congress General Secretary, Priyanka Gandhi Vadra, has surfaced on the internet. In the video, Gandhi can be seen sitting on the ground while she is surrounded by Police officials and a song can be heard appearing that she was the one singing the song. 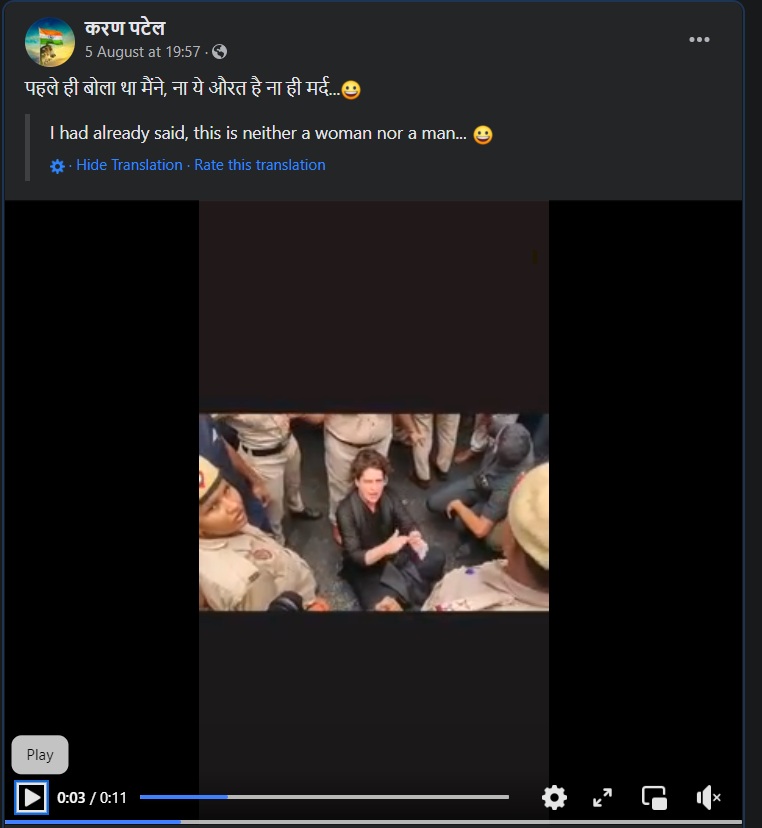 NewsMobile fact-checked the above video and found it to be false.

We began our investigation by extracting the keyframes of the video through InVid software and putting them through Google Reverse Image Search. The search led us to several news items with visuals of Congress leaders’ protest in the national capital on August 5th against price hike and unemployment. Several Congress leaders including Priyanka Gandhi Vadra and Rahul Gandhi were detained by the police. 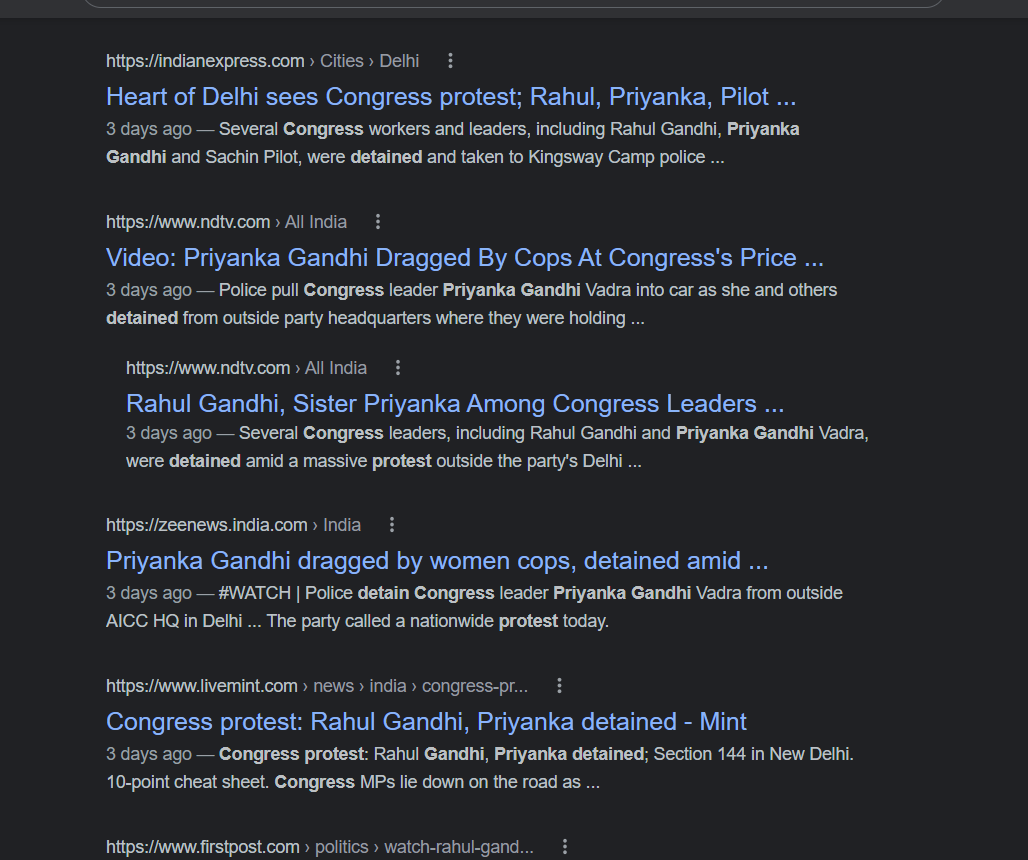 On digging further we found the original video on the official Twitter handle of the Indian Youth Congress dated August 5, 2022.

Hence, the above findings establish that the video in question has been manipulated using video editing software.