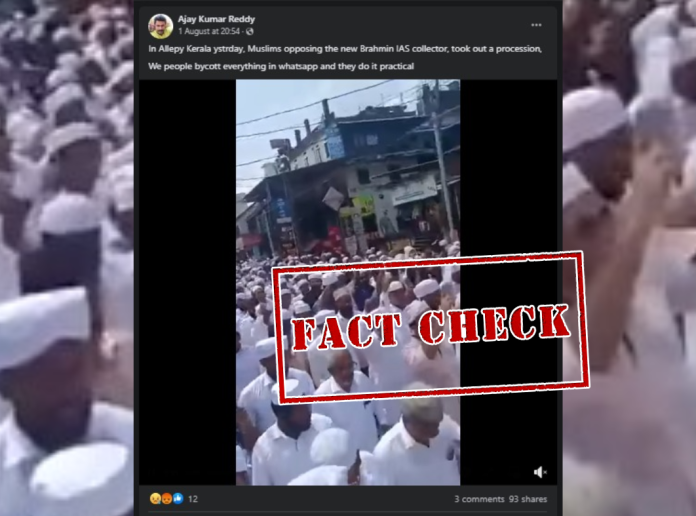 A viral video showing a large group of Muslims protesting on the streets of Allepy in Kerala is doing the rounds on social media. Many social media users claim that the group is opposing the appointment of new district collector, Sriram Venkitaraman, since he is a Hindu Brahmin. Some users also claim that the video is from Malappuram in Kerala.

A Facebook user posted the viral video with a caption: “In Allepy Kerala ystrday, Muslims opposing the new Brahmin IAS collector, took out a procession. We bycott everything in WhatsApp and they do it practical” 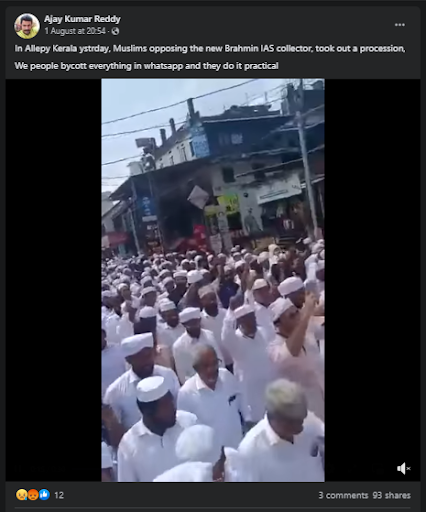 NewsMobile fact-checked the viral video, and found it to be misleading with a communal angle.

Looking closely at the video, we found various shops in the vicinity. One of the shops is clearly visible with its name and address on top. The signboard reads: ‘Beauty Spot, UP-Hill Malappuram Estd, 1976′, hinting that the video is from Malappuram, Kerala’. 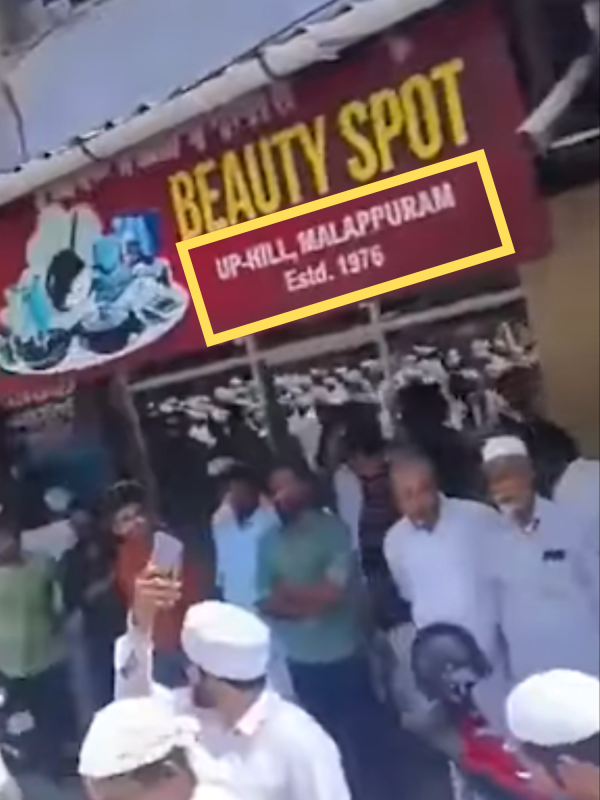 A couple of other stores can also be seen clearly. Poly Dental Clinic and Sindhu Studio are among the ones visible. Searching through Google Maps, we found the location of these stores in Up Hill, Malappuram, Kerala. 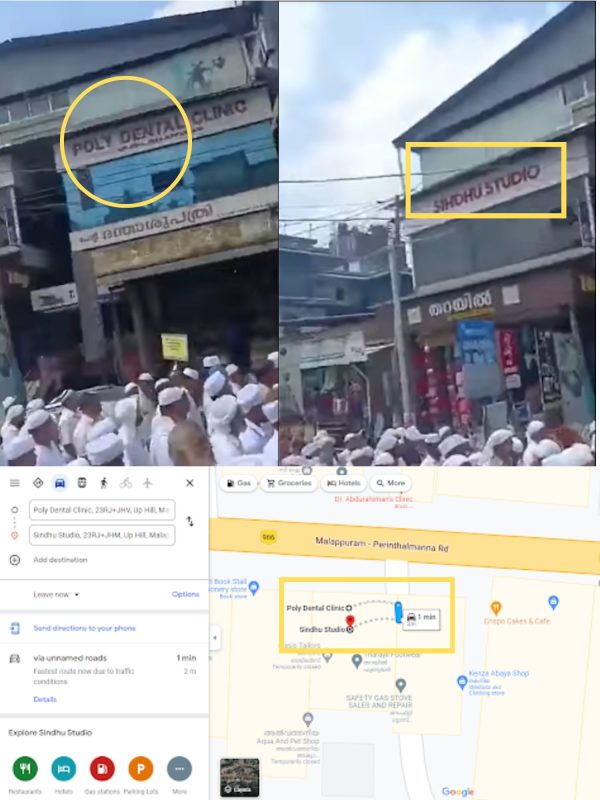 Our search revealed that the group did protest against the appointment of Sriram Venkitaraman as District Collector of Alappuzha. The reason behind the protest was not at all his religion, but the alleged criminal charges against the collector for the murder of a journalis,t named K.M. Basheer, in 2019.

As per the report by The Indian Express, Basheer was the Bureau Chief of a Malayalam daily media outlet Siraj. He was killed in a car accident when his two-wheeler was hit by a high-speeding car, allegedly being driven by Venkitaraman under the influence of alcohol.

The IAS officer was recently appointed as Collector of Alappuzha on July 23, 2022. People in several parts of the state have been protesting this move by the government ever since. On the back of the same events, the Kerala Muslim Jamat took to streets of Malappuram to protest against the decision. They were joined by many other Sunni groups and people related to them.

The march was covered last week by many prominent national and local media houses like The Hindu, The New Indian Express, and Onmanorama to name a few. 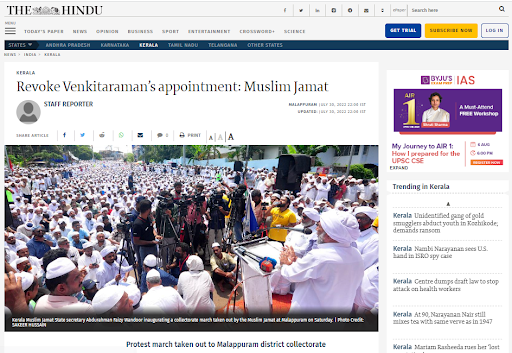 After a series of protests in the state, the government also revoked its decision and removed Sriram as District Collector of Alappuzha.

Therefore, we can conclusively say that the Muslim protest in Kerala has nothing to do with the collector’s religion and is shared with misleading claims.