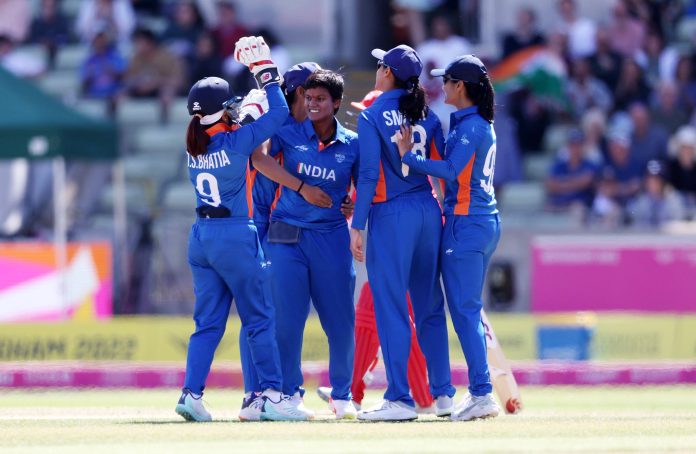 Birmingham: Indian Women’s team beat England by 4 runs in the semi-finals of the ongoing commonwealth games on Saturday.

Smriti Mandhana shines with the bat after slamming 61 runs in 32 balls which includes eight fours and three sixes. With this Mandhana registered the fastest half-century in shorter format games.

India won the toss and elected to bat first. The side put up a fighting total of 164 runs in 20 overs. Jemimah Rodrigues remained unbeaten and played a balanced knock of 44 runs.

England’s batting side failed to build a crucial partnership at the start of the second innings. Sneh Rana picked up two wickets in her spell. England fell short in the chase as the team managed to score 160 runs in 20 overs.

With this win, India booked a seat in the finals of the Commonwealth Games. The side will either face Australia or New Zealand in the finals.