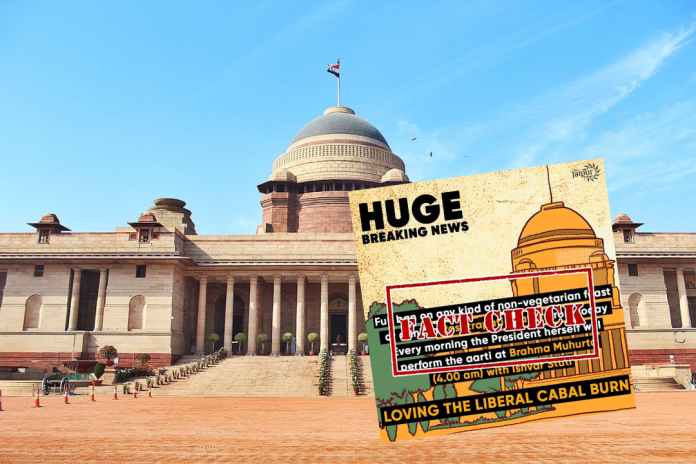 A post is doing the rounds on social media claiming that Rashtrapati Bhavan has banned non-vegetarian food and drinks (alcohol). It says that President Droupadi Murmu will perform aarti every morning.

The picture post reads: “Full ban on any kind of non-vegetarian feast or drink in Rashtrapati Bhavan from today. 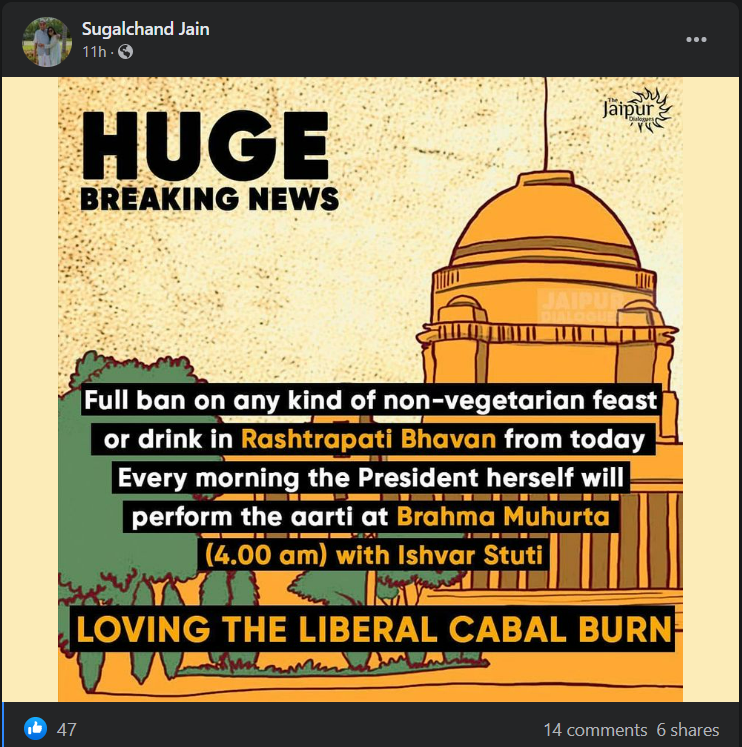 Going through a simple Google search with relevant keywords, we did not find any credible report/announcement supporting the above claim.

We also scanned the official website of President (presidentofindia.nic.in), but there was no such notification about the ban.

On digging further, we found a tweet by Press Information Bureau (PIB), dated August 3, 2022, which refuted the viral claim and clarified that no such changes have been made.

Claim: Full ban on any kind of non-vegetarian feast or drink in #RashtrapatiBhawan.#PIBFactCheck

In conclusion, the above findings prove that the viral claim is FAKE.