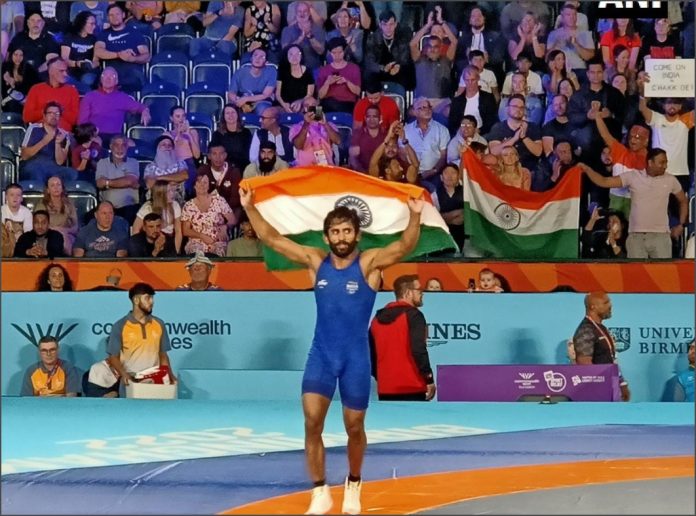 Birmingham: Wrestler Bajrang Punia has clinched the Commonwealth Games gold by winning in the final of 65kg category.

This is seventh #Gold India has won so far in Commonwealth Games 2022#Wrestling pic.twitter.com/TIS5RigsSj