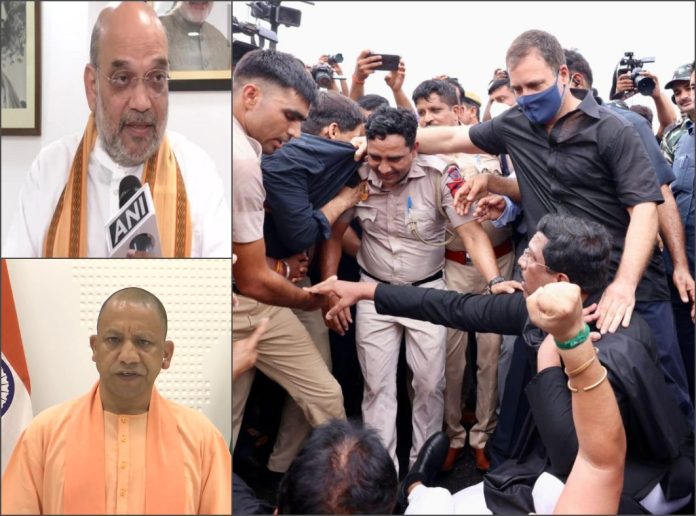 To which, Union home minister Amit Shah and Uttar Pradesh chief minister Yogi Adityanath on Friday launched an attack on the Congress for its massive protests across the country.

Shah said Congress chose this day to protest because Prime Minister Narendra Modi had laid the foundation of Ram Janambhoomi on this day in 2020 and because the party want to give a “subtle message to further promote their appeasement politics.”

“Congress should be responsible & must co-operate as per the law. The matter is going on the basis of complaints that have been filed. As far as ED is concerned, everybody should respect the law and order situation in the country.”

Uttar Pradesh CM Yogi Adityanath mentioned that the protest was an “insult” to “ram bhakts” and “India’s democracy and judiciary.”

“Till now, Congress was protesting in normal attire but today they protested wearing black clothes. It’s an insult to Ram Bhakts. They chose this day as today’s Ayodhya Diwas which marks the beginning of construction of Ram Janambhoomi.”

“Such acts of the Congress party have insulted the faith of India. Congress’ attitude has insulted Ayodhya Diwas along with insulting India’s democracy and judiciary. We condemn such acts of the party,” he added.