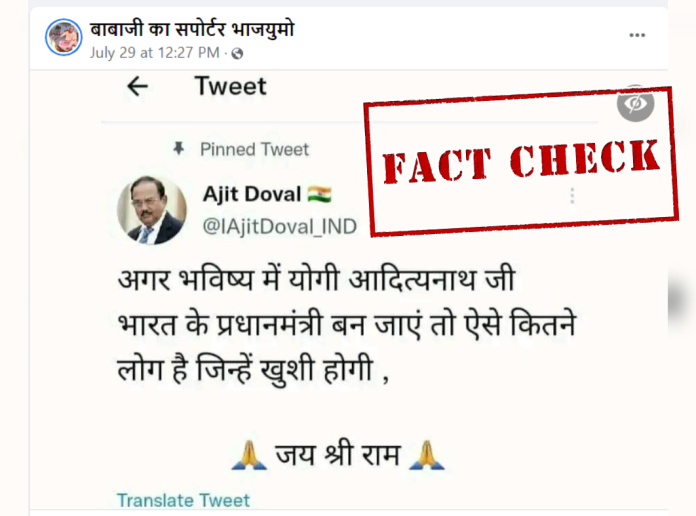 A screenshot of a tweet purportedly shared by National Security Advisor (NSA) Ajit Doval is widely shared on social media. People were polled on their thoughts on UP Chief Minister, Yogi Adityanath, being the nation’s prime minister in the viral tweet. 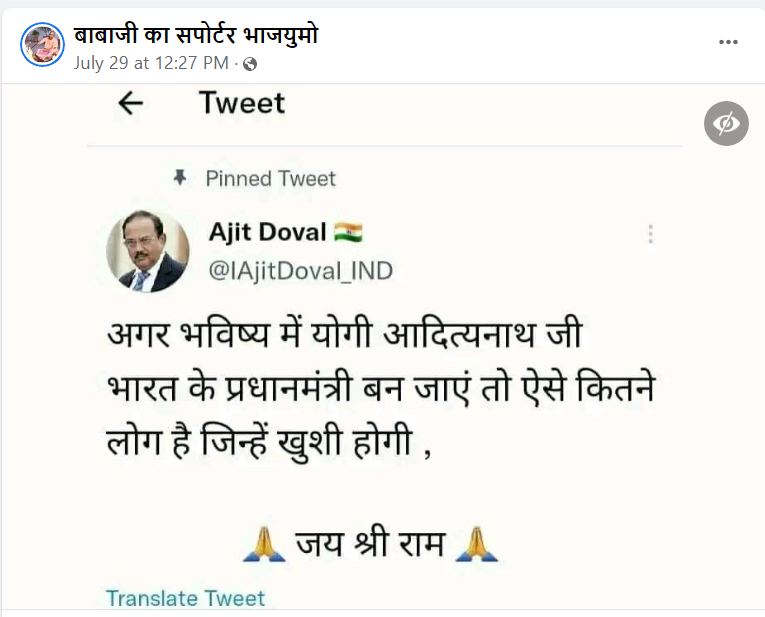 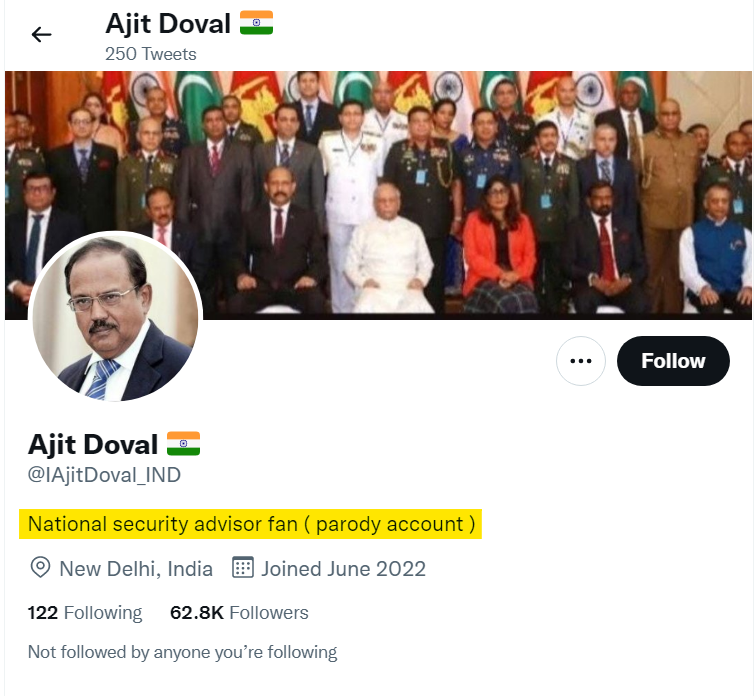 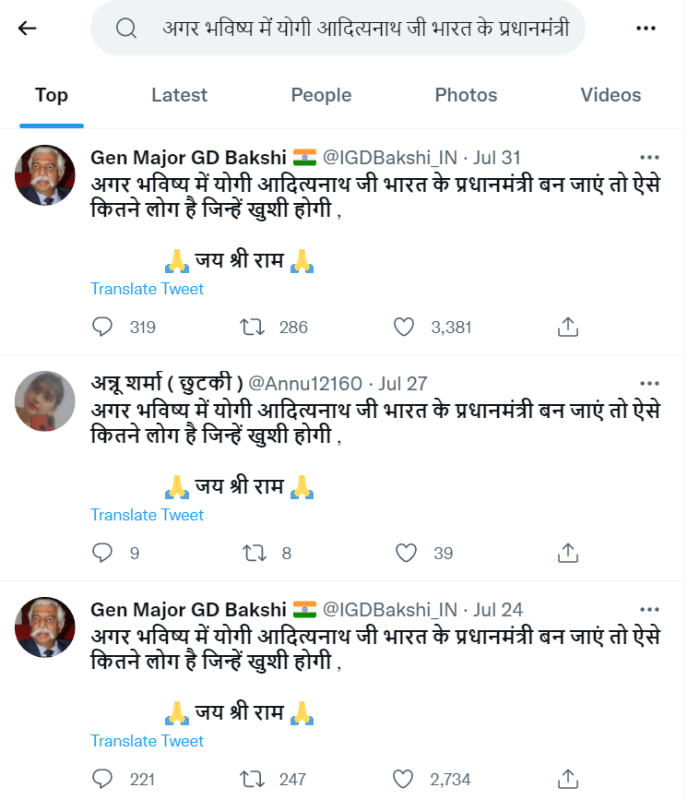 We could not find any verified Twitter handle in the name of NSA Ajit Doval. 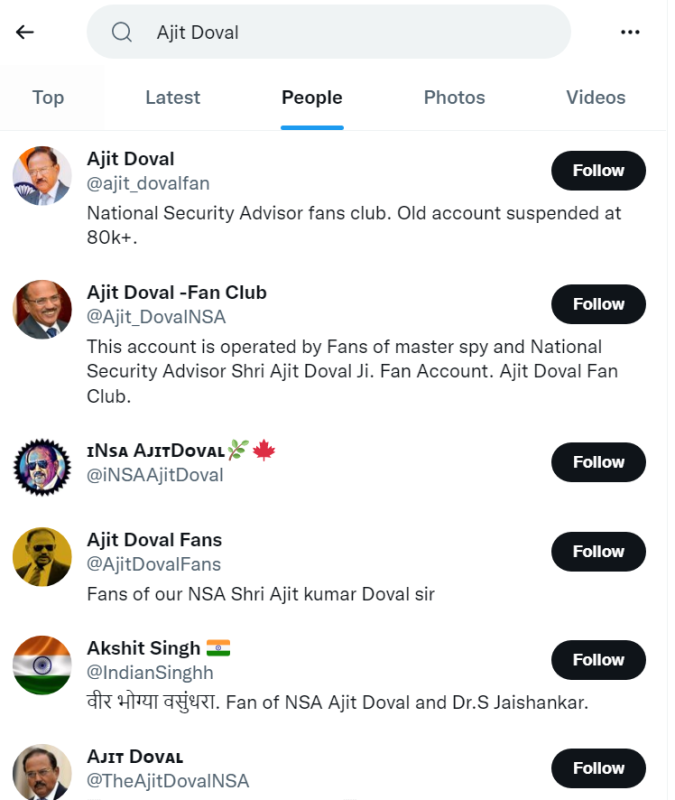 A tweet by the Ministry of External Affairs, dated November 8, 2021, says: “Important Alert! Shri Ajit Kumar Doval K.C., National Security Advisor has no official account on Twitter. This is to advise caution against impostors or fake accounts under his name.”

Shri Ajit Kumar Doval K.C., National Security Advisor has no official account on Twitter. This is to advise caution against impostor or fake accounts under his name.

So, it is now confirmed that the viral tweet was not made by NSA Ajit Doval, and it is an impostor account.