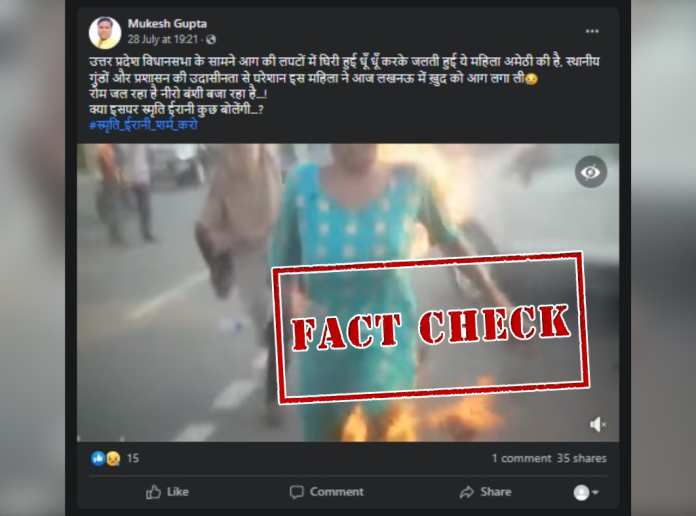 An eight-second video claiming a woman from Amethi self-immolating in front of the Uttar Pradesh Vidhan Sabha building in Lucknow is going viral on social media. People claim that the woman set herself on fire after being tired of the administration and local goons. Many social media users are sharing the video, targeting BJP MP Smriti Irani since Amethi is her constituency. 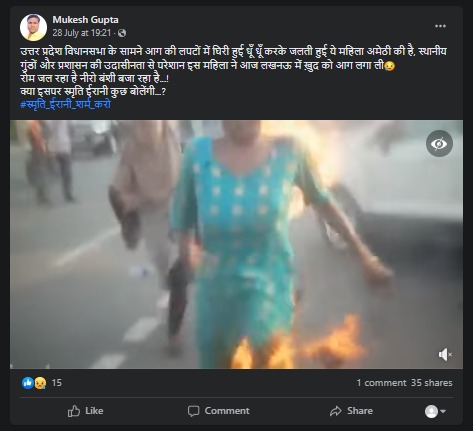 When NewsMobile fact-checked the viral video, it was found to be misleading.

We started our investigation by running a Reverse Image Search of the video keyframes. Our search led us to many social media posts and news articles dating back to July 2020. Various media houses like Dainik Bhaskar, Navodya Times, The Week, and Hindustan covered the incident.

Digging deep, we found a July 18, 2020 article published in The Times of India with a headline: ‘Woman, daughter attempt self-immolation in front of UP assembly over alleged land dispute’. TOI blurred the face of the victim in the video to protect her identity, but the surroundings and other keyframes match exactly with the viral video. 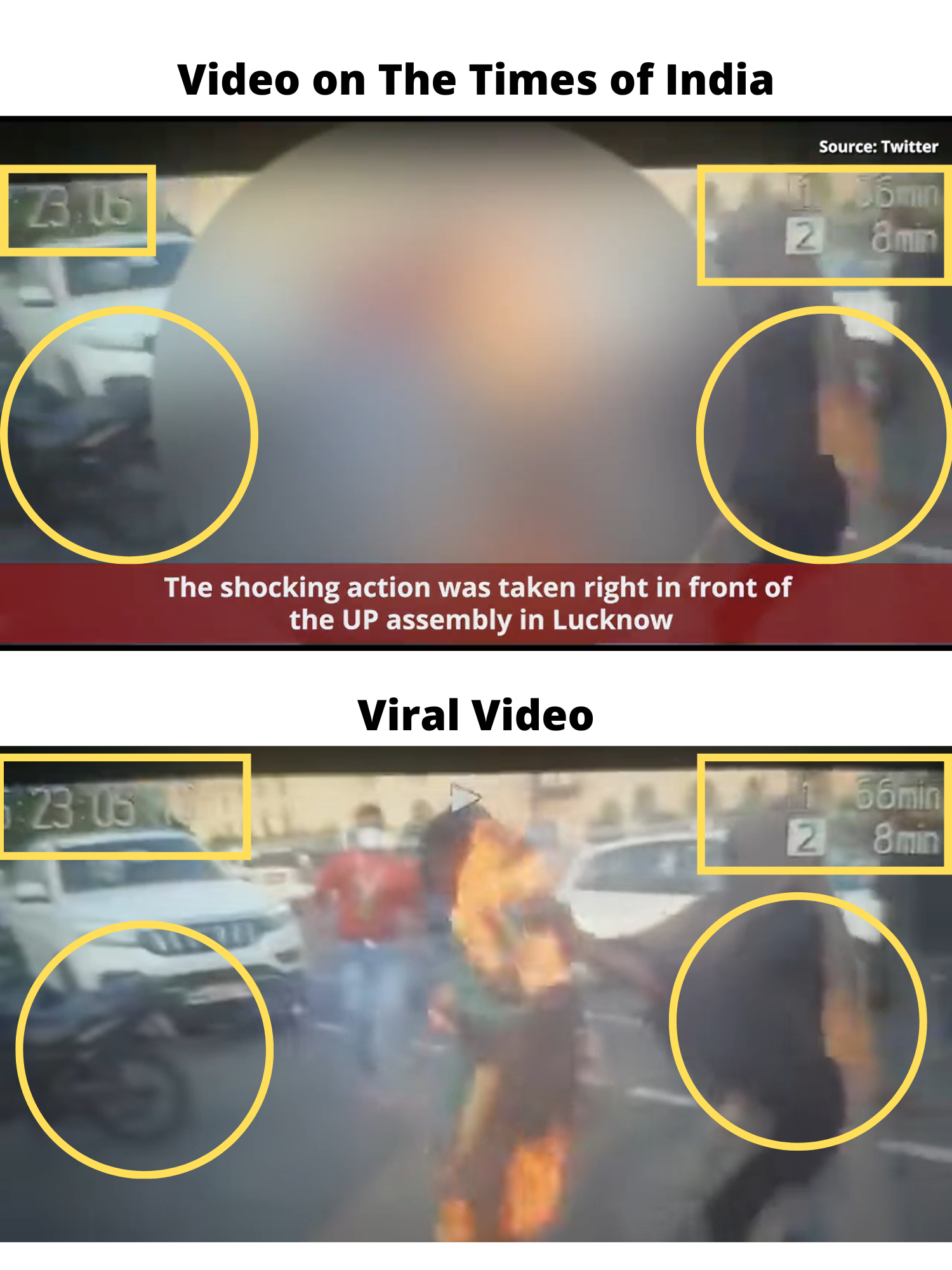 We got to know that the victim — Sofia — was from Amethi. Sofia and her daughter set themselves on fire on July 17, 2020, in front of UP assembly office in Lucknow. The duo took this harsh step after inaction of the local police in a land dispute involving her family and local goons of Amethi. The mother succumbed to the injuries, while the daughter sustained severe burns.

Further investigation of the viral video led us to a July 30, 2022  tweet from the official Twitter handle of UP POLICE FACT CHECK (@UPPViralCheck). The department debunked the video on their handle and gave due clarification on the matter as well.

Looking at the tweet in the viral thread above, we found a July 28, 2022 comment by the official handle of Lucknow police, stating: ‘उक्त वीडियो वर्ष 2020 का है, जिसमें उचित विधिक कार्यवाही की जा चुकी है। कृपया अफवाह न फैलायें।’ (English translation: ‘The above video is of the year 2020, in which appropriate legal action has been taken. Please don’t spread rumours.’) 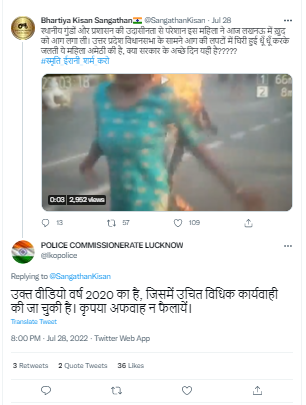 Thus, it is clear that the viral video showing a woman self-immolating in Lucknow in July 2022 is misleading.