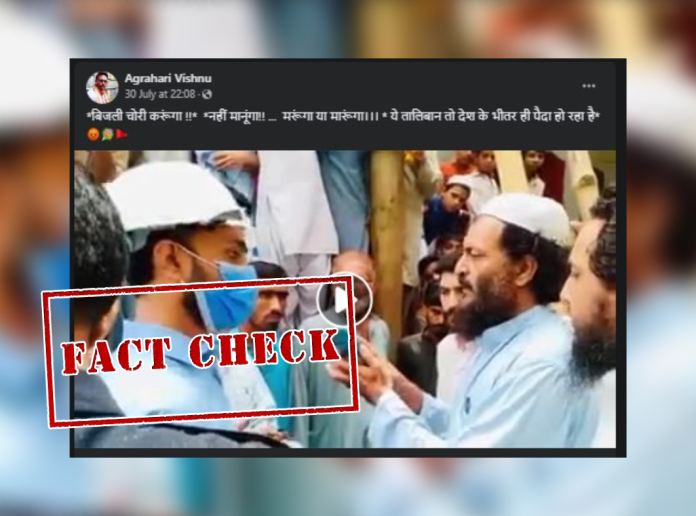 A viral video of a Muslim man arguing with a technician over stealing electricity is doing the rounds on social media. The man claims that he would rather ‘kill or be killed’ than surrender to the authorities for installing a meter. He says authorities cannot do anything against him for stealing power. 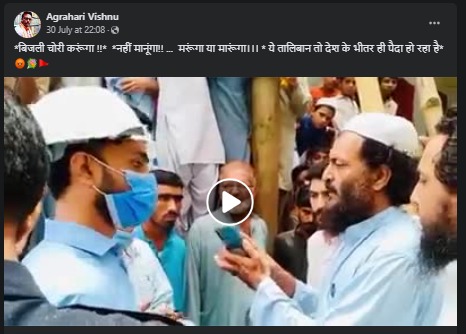 Many other social media users are claiming the same notion that ‘Taliban is being born within our country itself’.

NewsMobile fact-checked the viral claim, and found the video to be misleading.

We started our investigation by running a Reverse Image Search of the video keyframes. It led us to a tweet posted on July 27, 2020, by K-Electric Ltd. (@KelectricPk), the largest power utility company in Pakistan. The viral video matches exactly the video tweeted by K-Electric, indicating that the video is from Pakistan. 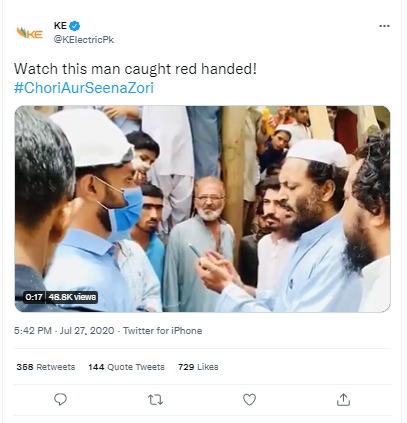 Searching about the incident through Google keywords, we found a July 28, 2020, tweet by a Pakistani digital media platform- Siyasat. 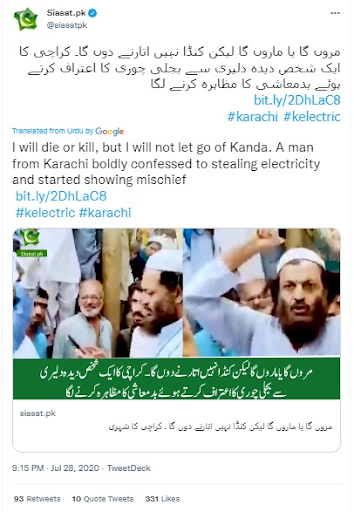 The link mentioned in the tweet led us to a Dailymotion video posted by ARY News. 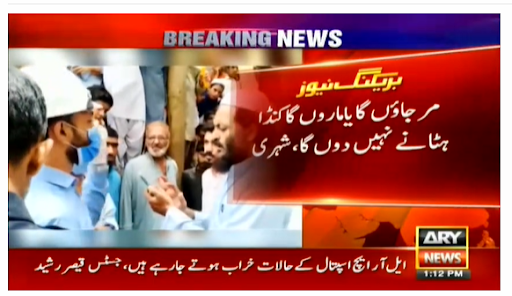 The video clarifies that the name of the man is Ataur Rehman and he is a resident of Karachi. The entire incident happened when he was caught red-handed by the officials from the electrical department for stealing power. Not only did he admit to his crime but also threatened to either ‘kill or be killed’ if the department dared install a meter at his residence.

A similar news report can be viewed on ARY News’ official Facebook handle as well.

Therefore, we can conclusively say that the viral video of the Muslim man threatening a technician is from Karachi in Pakistan, and not India. It is being shared in India with misleading communal claims.