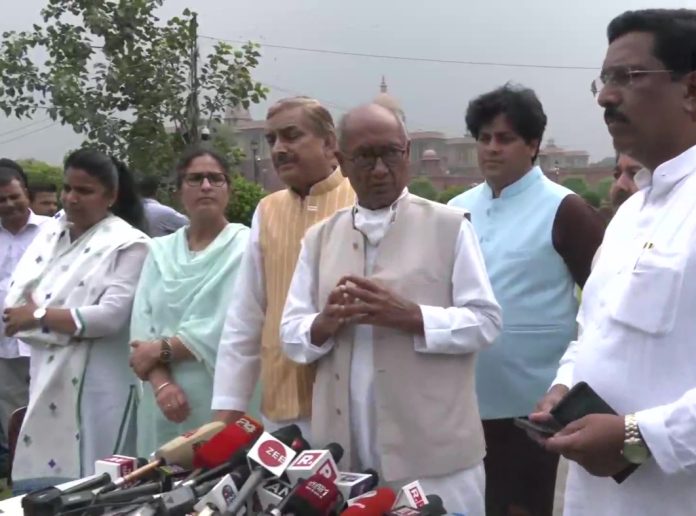 New Delhi: Congress MPs will march to Rashtrapati Bhavan on Friday to hold a protest against inflation and other issues, at the offices of Young Indian Limited, said party leader Digvijaya Singh on Thursday.

Party leaders said that the government had surrounded the party’s offices as well as the homes of party leaders Sonia Gandhi and Rahul Gandhi as if they were “terrorists” and termed this an “undeclared emergency.”

Ajay Maken, a senior Congress leader, stated at a press conference on Wednesday that the party has issued a circular announcing plan to organize a nationwide protest on August 5 against inflation, unemployment, and GST hike. The plan was that party leaders will march to Rashtrapati Bhavan and the workers would gherao the Prime Minister’s residence.

The Delhi Police, however, reportedly refused to allow the protest. The party cannot protest on August 5 according to a letter the police chief issued to Congress.