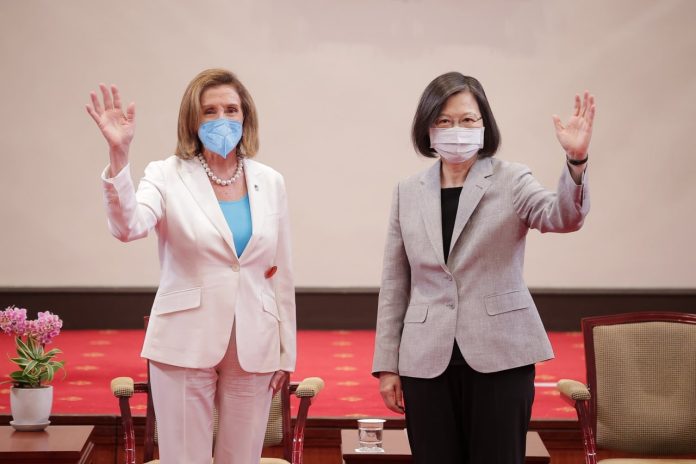 Taipei: US House Speaker Nancy Pelosi on Wednesday morning met with Taiwan’s President, Tsai Ing-wen and reiterated Washington’s support for the island country and said that the US determination to preserve Taiwan’s sovereignty is “iron-clad”.

“America has made a bedrock promise to always stand with Taiwan. On this strong foundation, we’ve a thriving partnership grounded in self-government and self-determination focused on mutual security in the region and the world committed to economic prosperity,” Pelosi said.
The US House Speaker touched down in Taiwan on Tuesday night amid repeated condemnation by China, which claims self-ruled Taiwan as its territory.