Fact Check: This Video Does NOT Show an Australian Astronaut Jumping from His Spacecraft | Newsmobile
Sunday, August 14, 2022

Home NM FACT CHECKER Fact Check: This Video Does NOT Show an Australian Astronaut Jumping from... 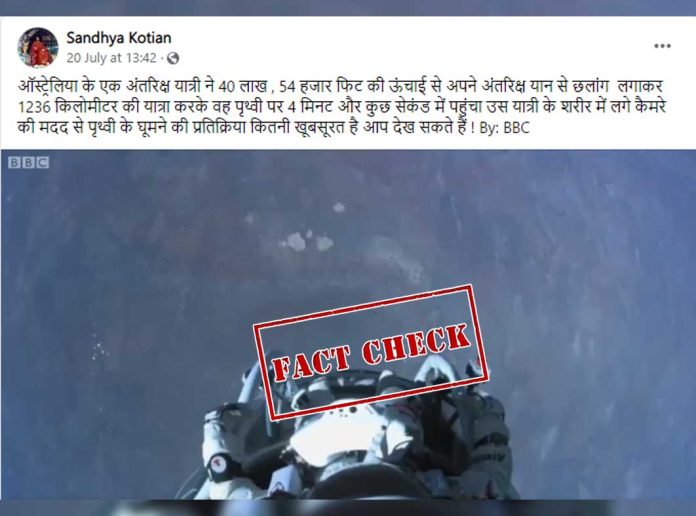 A video is being circulated on social media, claiming that it shows actual footage of an Australian astronaut jumping from his spacecraft covering 1,236 km in four minutes. The post affirms that the man jumped from the height of 40.54 lakh feet. 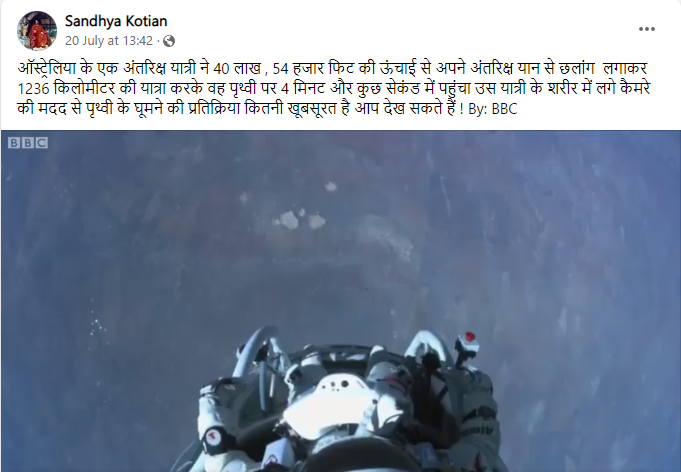 The above video can be seen here.

Since the video had the logo of BBC, we ran a search and found that it was uploaded on YouTube channel of BBC Studios on March 17, 2016, with a title: Jumping from Space! — Red Bull Space Dive – BBC. 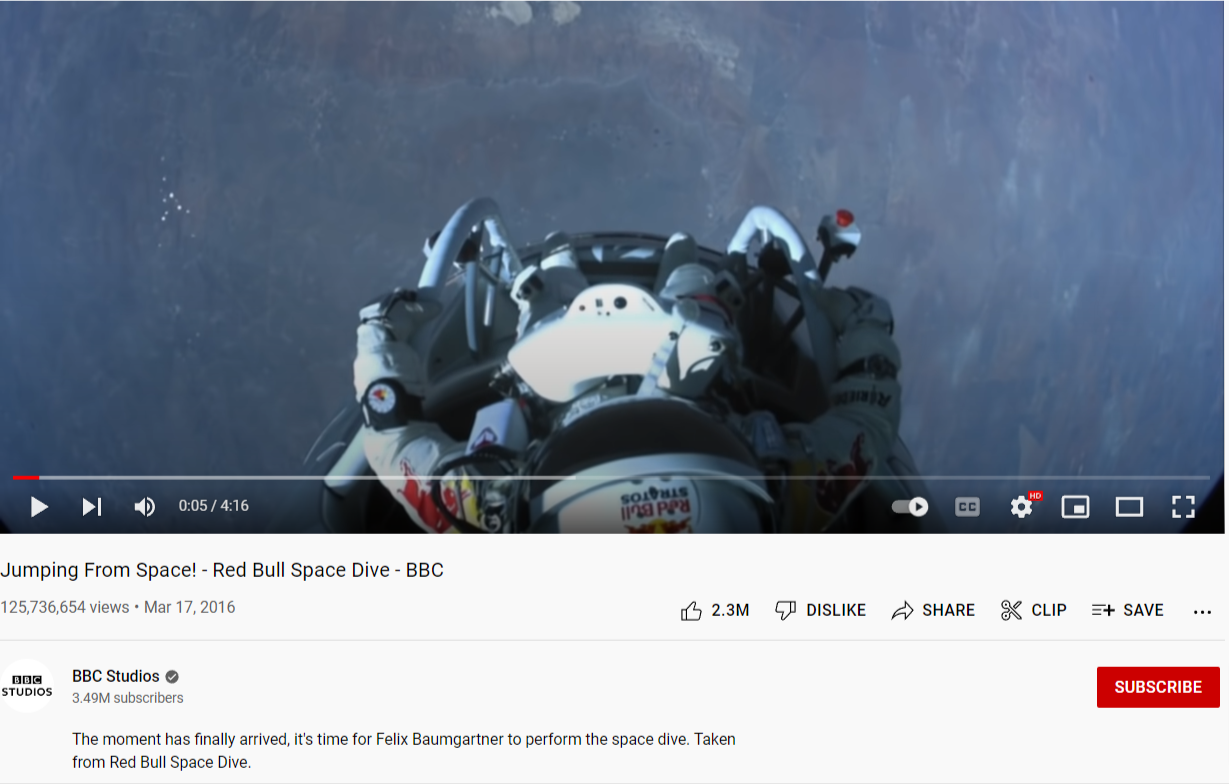 An article by BBC, dated October 14, 2012, says: Austrian Skydiver Felix Baumgartner ‘became the first skydiver to go faster than the speed of sound, reaching a maximum velocity of 833.9mph (1,342km/h)’. The article also mentioned that he smashed the record for the highest ever freefall after jumping out of a balloon 128,100ft (24 miles; 39km) above New Mexico. 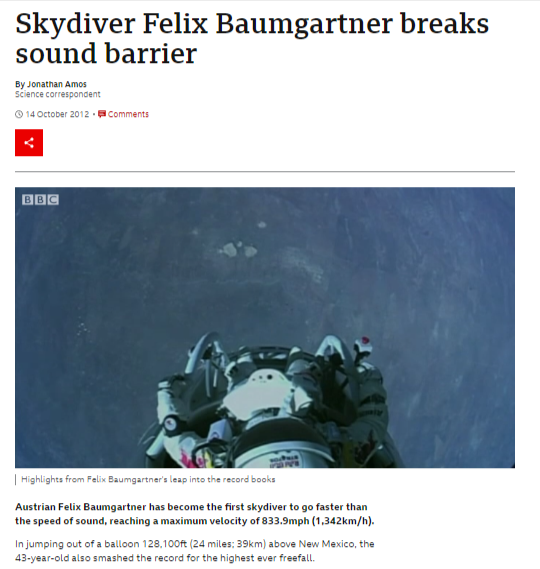 The report also mentioned that his descent took just under 10 minutes.

We also found the video of the event on the YouTub channel of Red Bull. 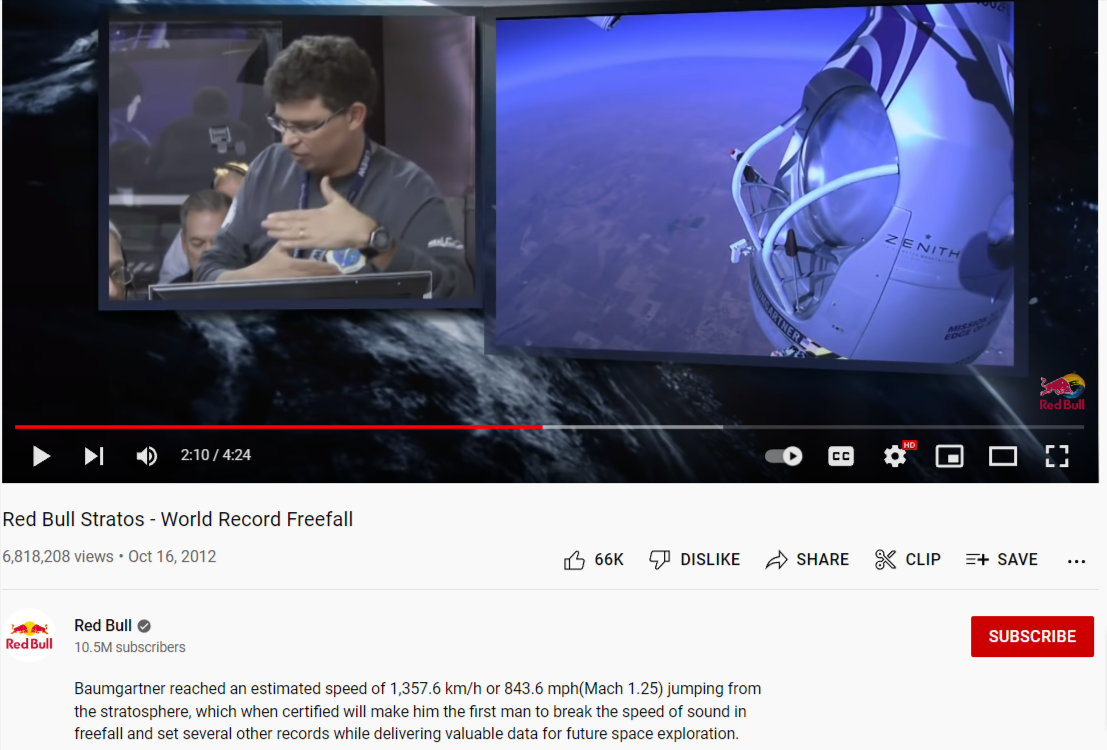 The video description reads: Baumgartner reached an estimated speed of 1,357.6 km/h or 843.6 mph(Mach 1.25) jumping from the stratosphere, which when certified will make him the first man to break the speed of sound in freefall and set several other records while delivering valuable data for future space exploration.

More information about the event can be seen on the website of Red Bull.

From the above information, it is evident that the video of Austrian Skydiver Felix Baumgartner making a freefall jump is being shared with a misleading claim.