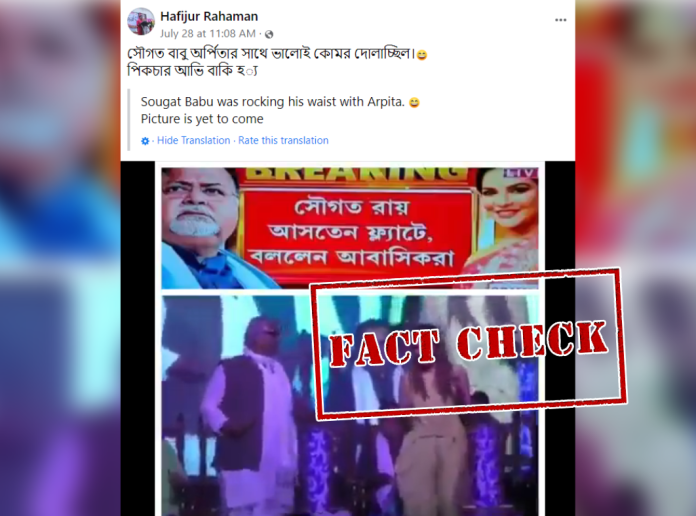 A video is being shared on social media where Trinamool MP Saugata Roy can be seen standing next to a woman on stage. Sharing this video, social media users are claiming that Roy was seen dancing with Arpita Mukherjee on the stage. 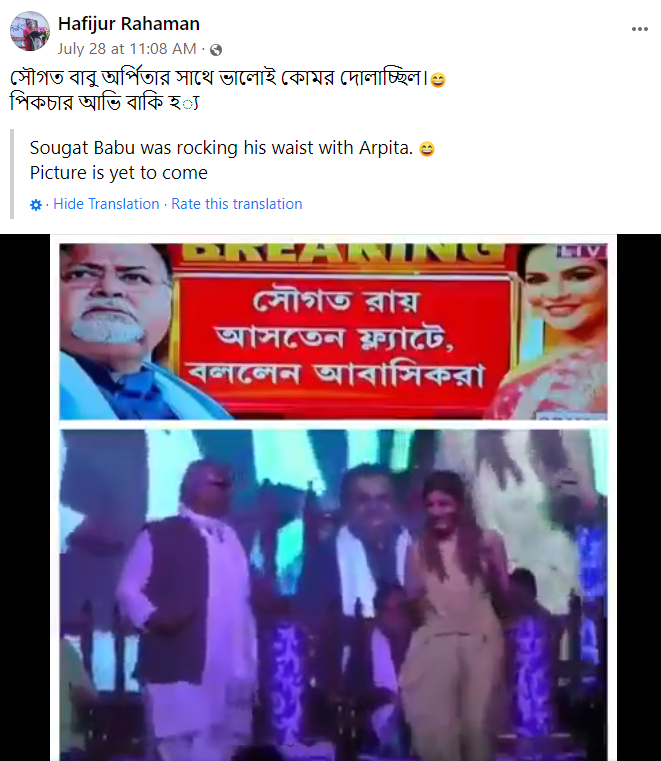 Using the InVid Tool, we extracted keyframes from the viral video and performed a Reverse Image Search with relevant keywords. This search directed us to a news report published by India Today on January 18, 2019, that carried visuals similar to the viral video with the headline, “TMC MP kills it with Raveena Tandon on Tu Cheez Badi Hai. Watch viral dance video.” 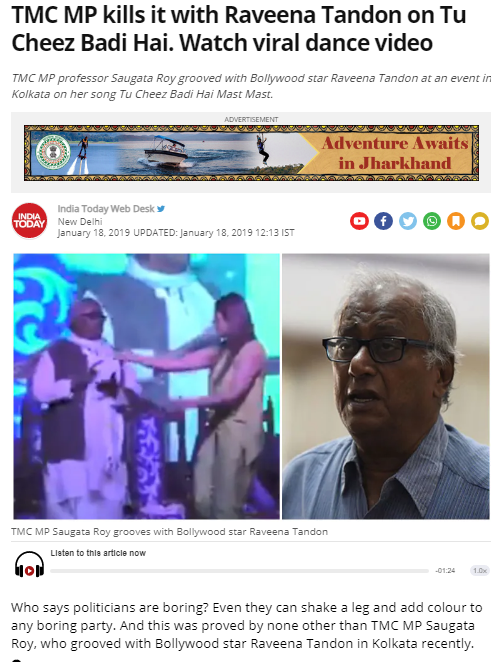 The article also embedded the original video where it is clearly seen that the woman next to Saugata is none other than Raveena Tandon.

Sangbad Pratidin, carrying the same viral video, also reported that a food fair is held every year at Daga Colony in the Dum Dum area (Sangsad Saugatar Lok Sabha Constituency). This veteran politician and Bollywood actress started dancing when he came to inaugurate the food fair. The current education minister of the state and Trinamool MLA Bratya Basu can also be seen smiling on the stage. Many other news organisations also reported the same incident in 2019. 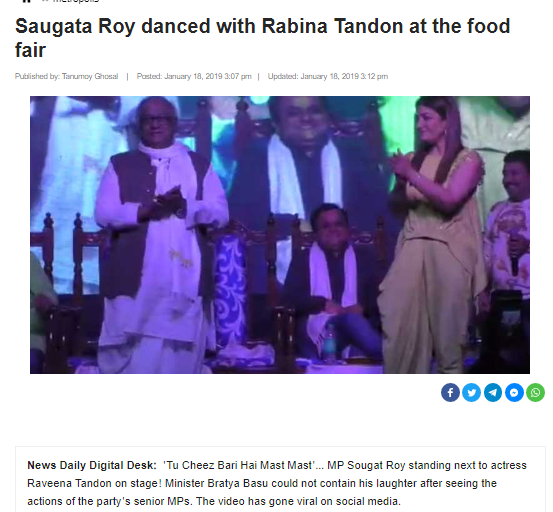