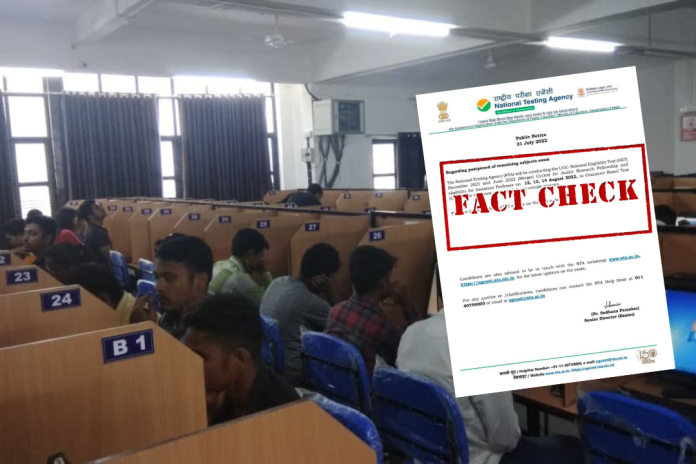 A picture of a circular attributed to the National Testing Agency is being shared on social media stating that UGC’s National Eligibility Test (NET) for Junior Research Fellowship and eligibility grading for Assistant Professorship has been postponed.

The circular dated July 31, 2022, read: “The National Testing Agency (NTA) will be conducting the UGC-National Eligibility Test (NET) December 2021 and June 2022 (Merged Cycles) for Junior Research Fellowship and eligibility for Assistant Professor on 12, 13, 14 August 2022, in Computer Based Test (CBT) mode has been postponed due to certain reasons.

The new dates will be notified shortly on the NTA website (s).” 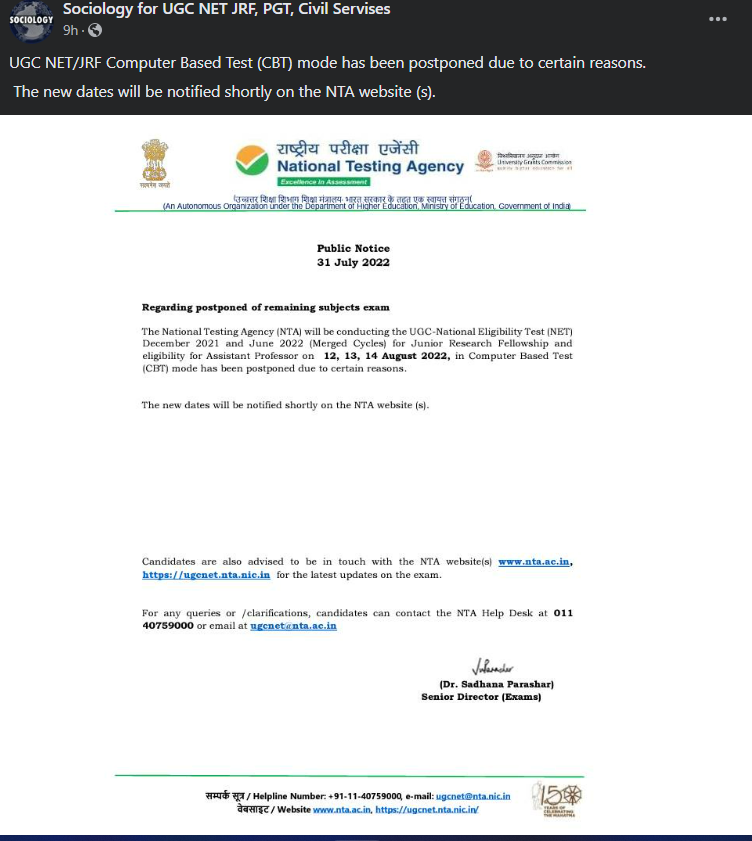 We first ran a simple Google search with relevant keywords but did not find any credible report about postponement of the UGC NET.

We then scanned through the official website of the National Testing Agency (nta.ac.in). But there was no notification about the exam getting postponed. 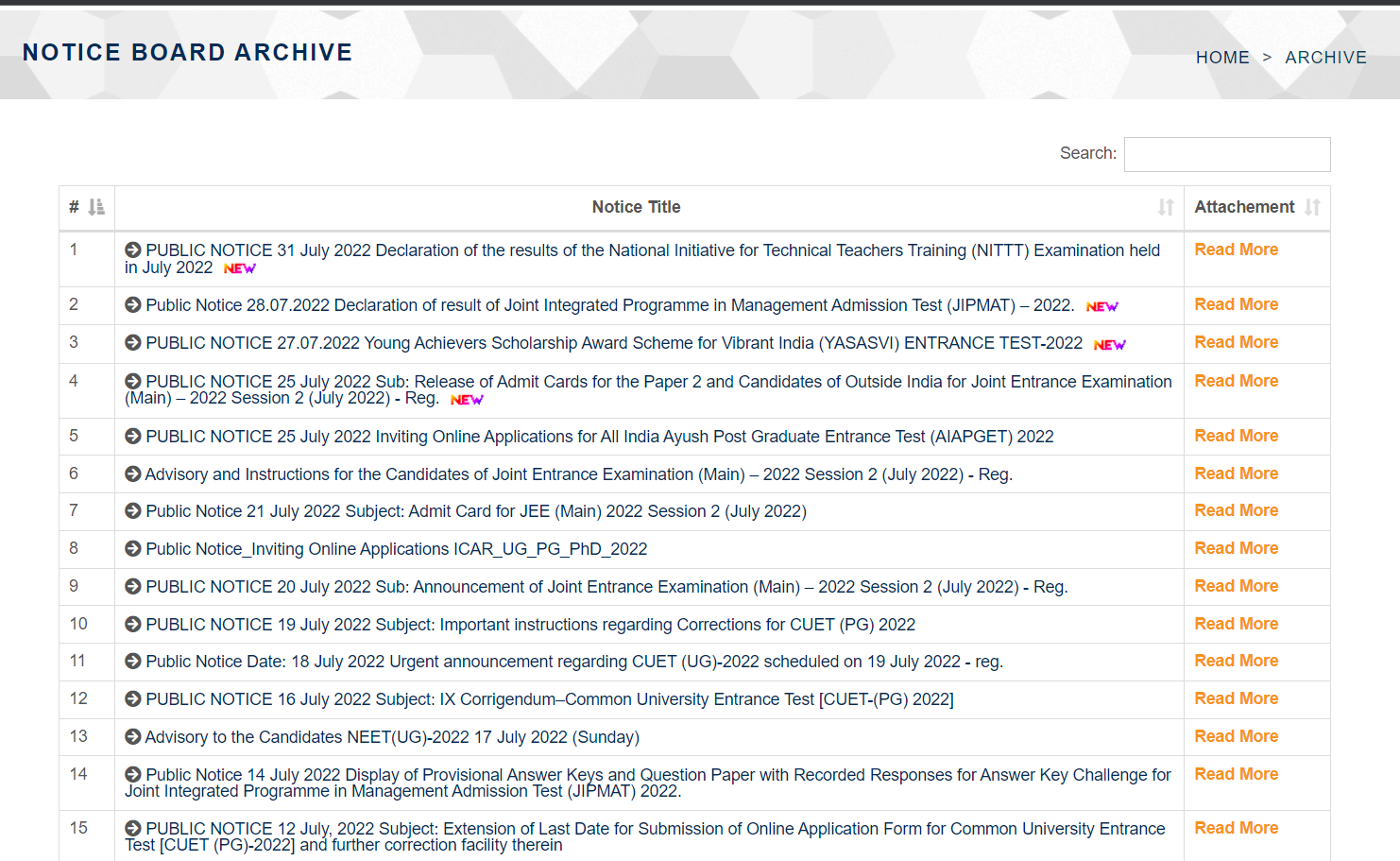 On digging further we found a tweet by Press Information Bureau (PIB), stating that the claims of the postponement of the UGC NET are false as NTA has not issued any such circular.

▶️@DG_NTA has not issued this notice

In conclusion, the above findings establish that the circulation in question is FAKE and the Computer Based Test (CBT) for UGC NET will take place as scheduled on 12, 13, and 14 August 2022.