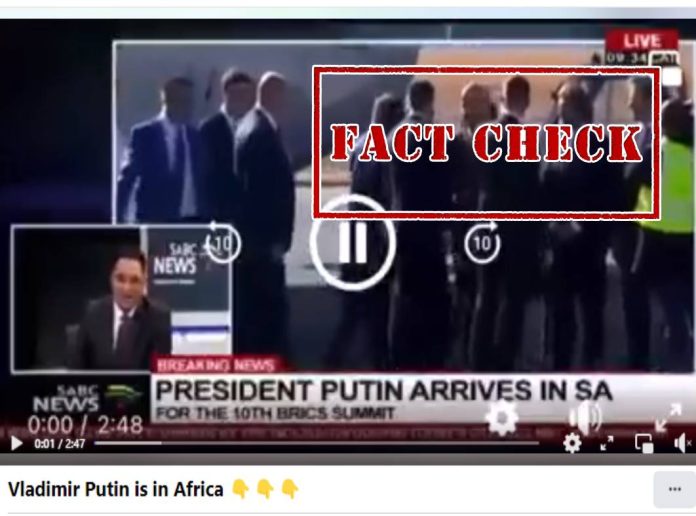 A news video clip is being widely shared on social media with a claim that it is of Russian President Vladimir Putin’s visit to South Africa after Russia invaded Ukraine.

The video clip mentioned that President Putin was visiting South Africa for the ’10th BRICS Summit’.  The video was shared with a caption that reads, “Vladimir Putin is in Africa.”

On searching with appropriate keywords, we found that the same video was uploaded by SABC News on July 26, 2018, with a title, “Russian President Vladimir Putin touches down in SA.” 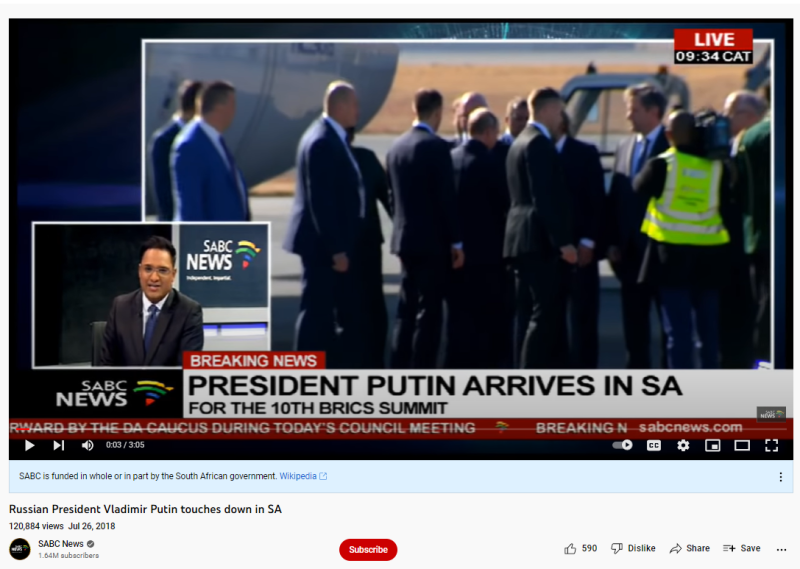 We found that the video of the event was also uploaded by YouTube channel eNCA on July 26, 2018, with a caption that read, “BRICS 2018 – Vladimir Putin is in South Africa.” 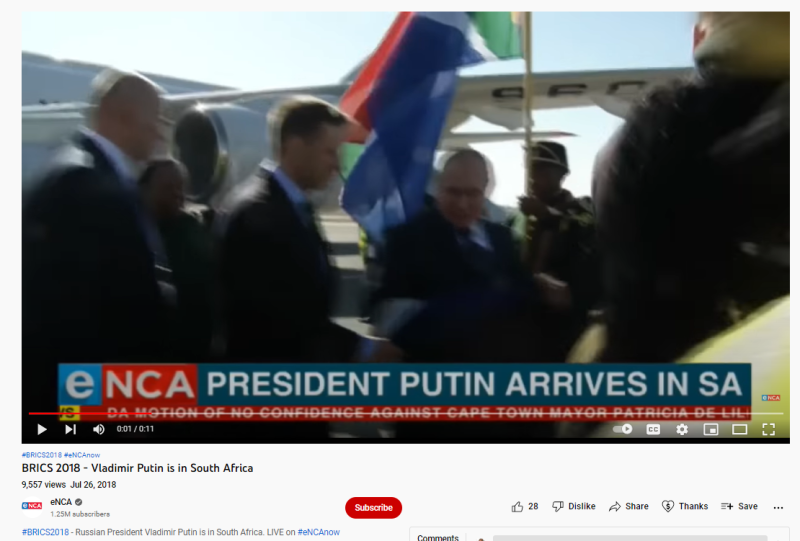 The most recent 14th BRICS Summit took place virtually on June 23, 2022, and was hosted by China.

Hence, we can ascertain that the viral video is old and the viral claim is misleading.