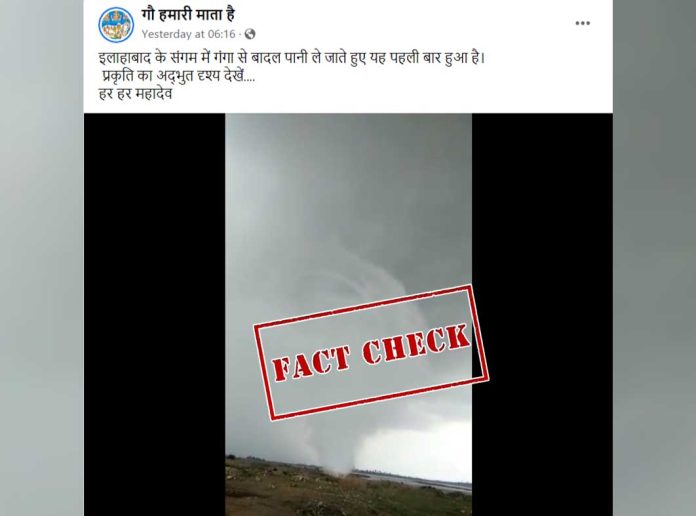 A video of a formation of a tornado-like formation is being circulated on social media with a claim that the video is from Prayagraj (previously known as Allahabad) in Uttar Pradesh.

(English Translation: This has happened for the first time…cloud carrying water from the Ganges at the Sangam of Allahabad. See the amazing view of nature…Har Har Mahadev) 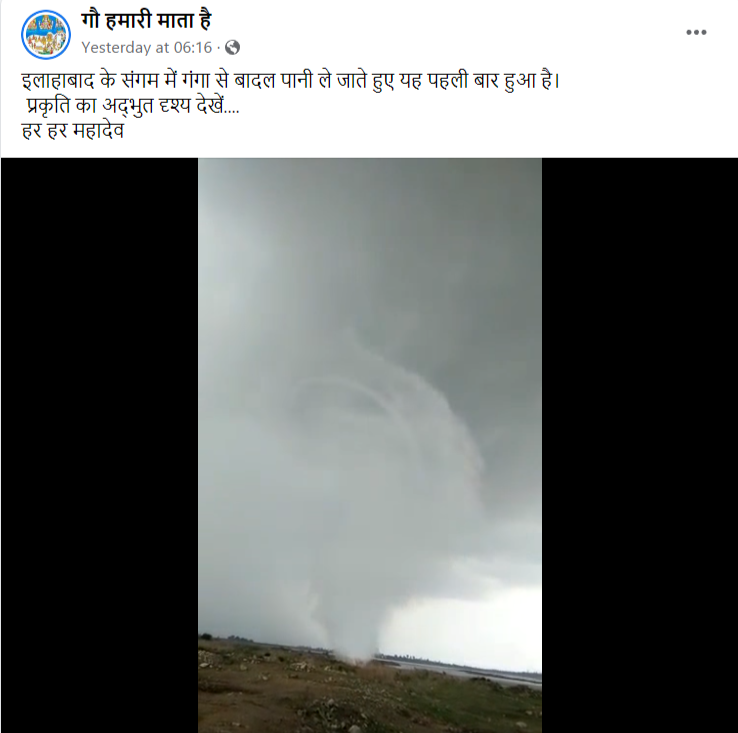 We ran a keyword search and found multiple reports from 2018 which featured the same video. According to a report by Pune Mirror, a tornado-like storm was observed in Ranmala village near Nazre dam in Maharashtra on June 8, 2018.

Pune Mirror also shared the same video on its Twitter handle on June 10, 2018. 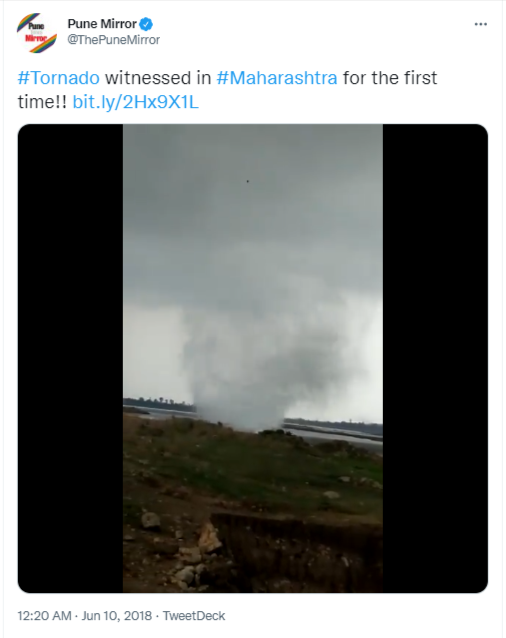 A report by NDTV mentioned that a three-member team of CCS, led by senior meteorologist Dr JR Kulkarni, analysed the phenomena by visiting the location within the 24-hour limit of the event. The CCS scientists, after primary analysis, stated that the duration of the tornado was 90-120 seconds, covering a radius of 800 to 1000 metres. 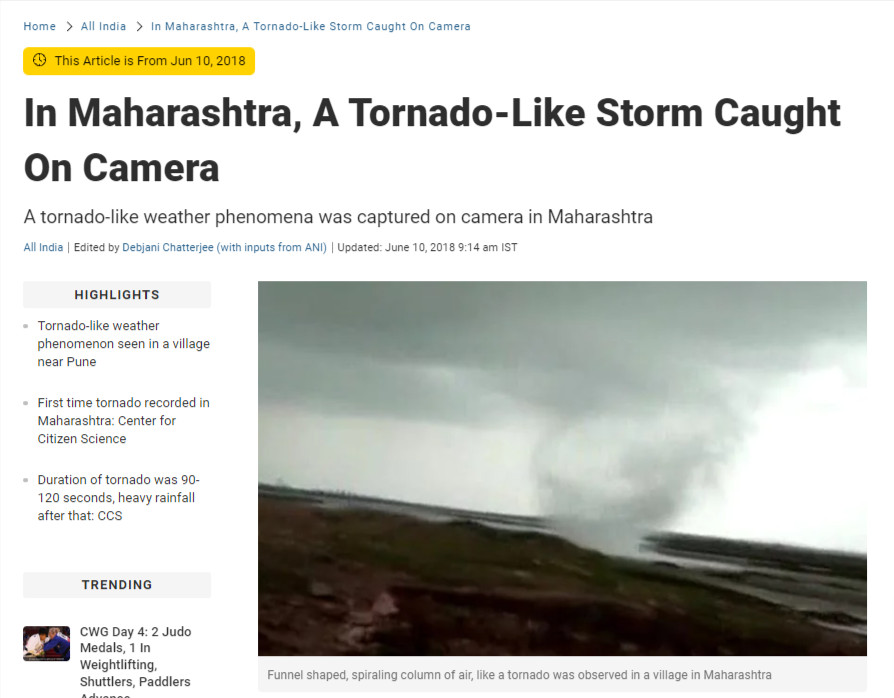 The report also mentioned that Dr Kulkarni’s team said the tornado could be put at F0, on the Fugita scale of F0 to F5, which measures tornadoes, based on damage to life and property.

An India Times report mentioned that after the funnel-shaped wind column subsided, there was intense rainfall and over 100 mm of rain was recorded in an hour or so.

Hence, it can be concluded that a 2018 video from Maharashtra is being shared as a recent one from Prayagraj in Uttar Pradesh.