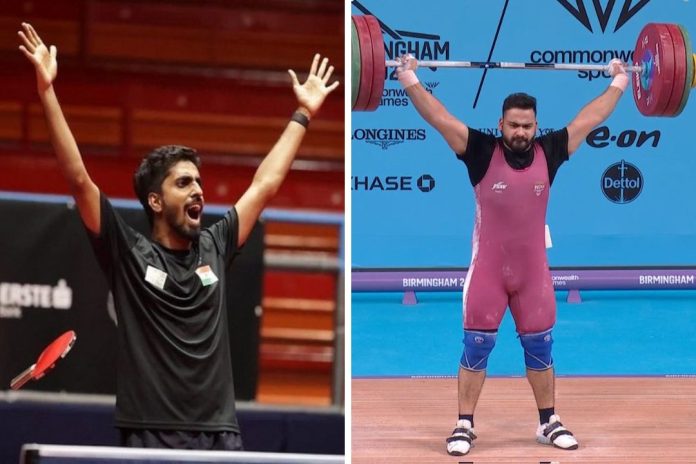 Indian Men’s Table Tennis team defeated Singapore in the finals by 3-1 in a dominating performance in the final round. Harmeet Desai and Sathiyan Gnanasekaran went up against Yong Izaac Quek and Yew En Koen Pang and managed a comfortable win.

The Indian pair defeated their Singapore rivals 13-11, 11-7, 11-5 in the third game to give India an early lead with an overall match score of 1-0. In the second match of the final, Sharath Kamal Achanta took on Zhe Yu Clarence Chew. The first game was tough for the Indian ace as he went down 7-11 against his Singapore rival.

In the third match, Sathiyan Gnanasekaran locked horns with Yew En Koen Pang. The Indian player made a remarkable comeback and won it 12-10.

In another event, Vikas Thakur clinched silver in the Men’s 96kg weightlifting category by lifting a total of 346 kg.

Prime Minister Narendra Modi took to Twitter and lauded both the players for their effort and congratulated them for achieving the major fleet at the international level.

Great news in Table Tennis! Congratulations to the dynamic team of G. Sathiyan, Harmeet Desai, Sharat Kamal and Sanil Shetty for winning the Gold medal at the CWG. This team has set high benchmarks, be it in skill or determination. Best wishes for their future endeavours. pic.twitter.com/whzotVIXrh