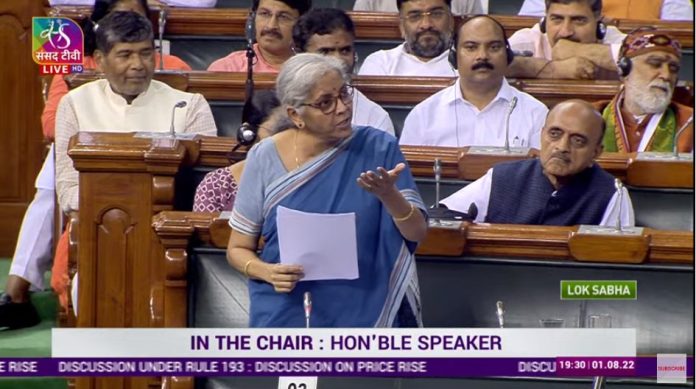 New Delhi: Finance Minister Nirmala Sitharaman in Lok Sabha replied to the questions raised by opposition on price rise and added that despite the global pandemic, inflation in India has been held below 7%.

Congress walked out while the Finance Minister was answering the question raised by the opposition. Congress leader Manish Tewari added that “the Finance Minister’s reply was disappointing. The attitude of the government is that there is no inflation in the country, people are not suffering. Everything is hunky dory.”