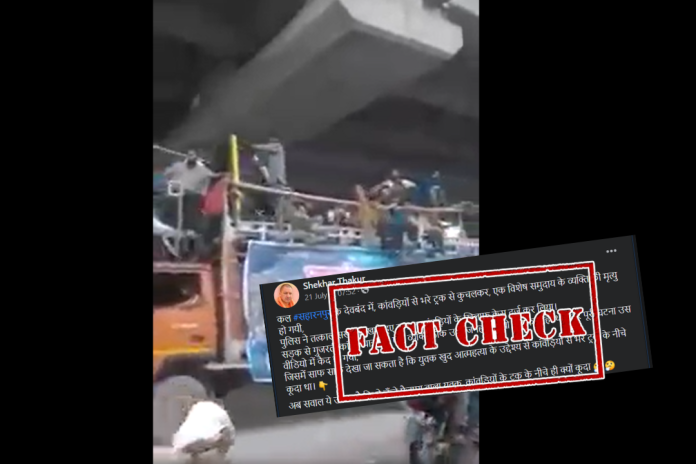 A video has surfaced on the internet in which a man can be seen throwing himself under a moving truck full of Kanwar Yatris and it has been claimed that this man from a specific religion intentionally carried out the act, to put the blame of his death on Hindu devotees and cause communal tensions.

(English Translation: “Yesterday in Deoband of #Saharanpur, a particular community person died after being crushed by a truck full of kanwariyas, the police immediately registered a case against all the kanwariyas by showing strictness. A person of Kanwar Yatra passing through the road was exactly the same. The place was shooting a video, and the whole incident was captured in that video, in which it can be clearly seen that the young man himself had jumped under the truck full of kanwariyas with the intention of committing suicide. Why did the young man jump under the truck of Kanwariyas?) 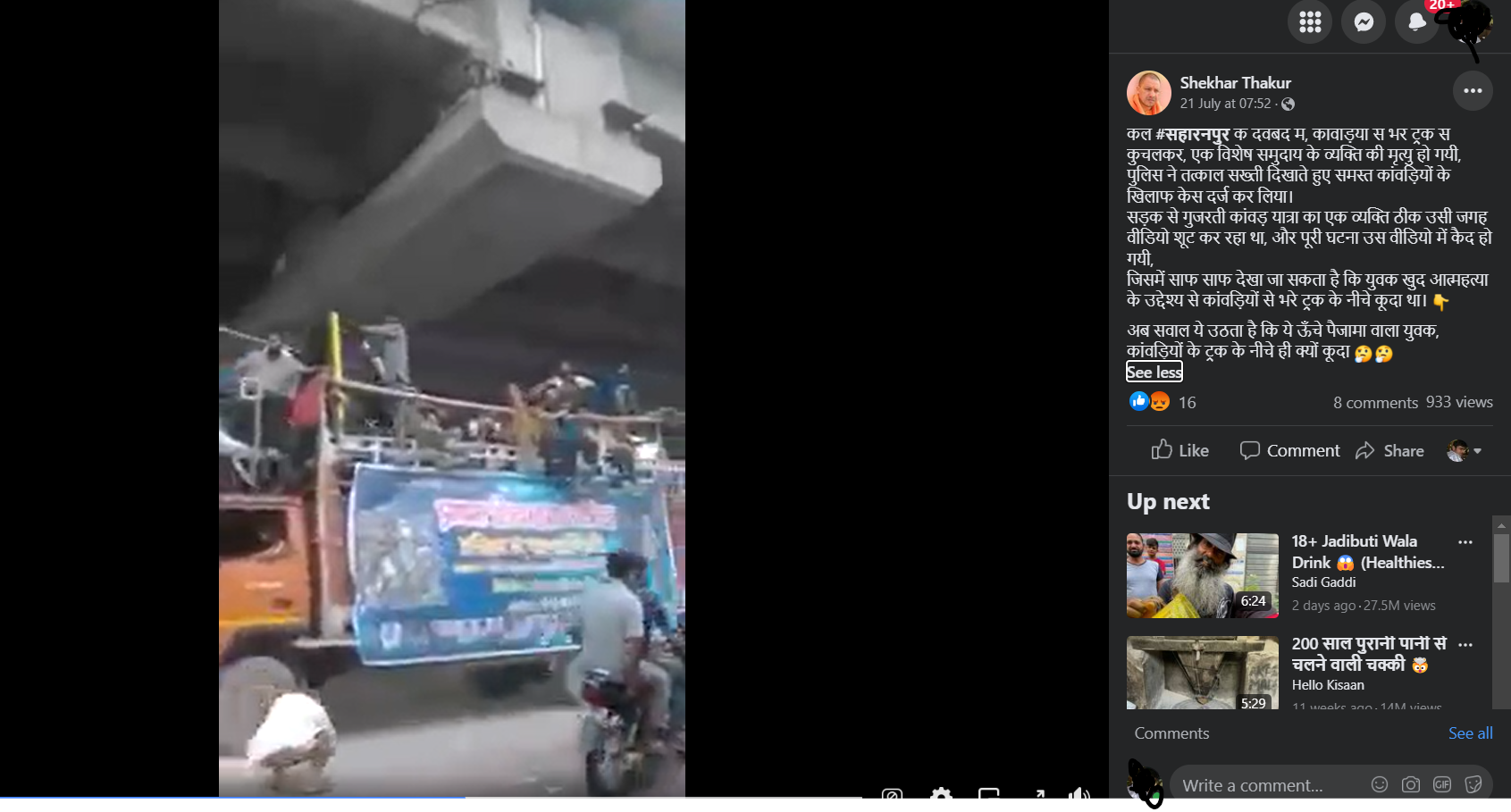 NewsMobile fact-checked the above video and found it to be old.

We started our investigation with a simple Google search with relevant keywords. The search led us to several news reports from 2017 about the incident which carried the screengrabs from the above video. According to these reports, the incident took place on July 18, 2017, in the Deoband district of Saharanpur, Uttar Pradesh, when a Muslim man committed suicide by jumping under a truck with Kanwar devotees. 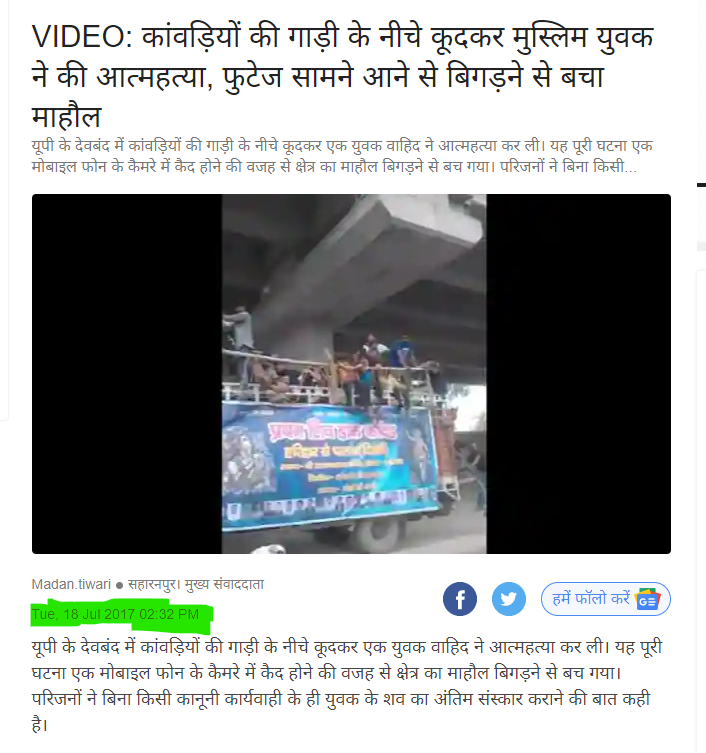 The reports stated that the atmosphere in the area was saved from deteriorating and the family members cremated the body without any legal action.

Meanwhile, Saharanpur Police took it to their official Twitter handle to clarify that the video in question is old and is passed as recent. The Tweet stated that strict action will be taken against those who will be sharing the video as recent and urged people to delete such posts. 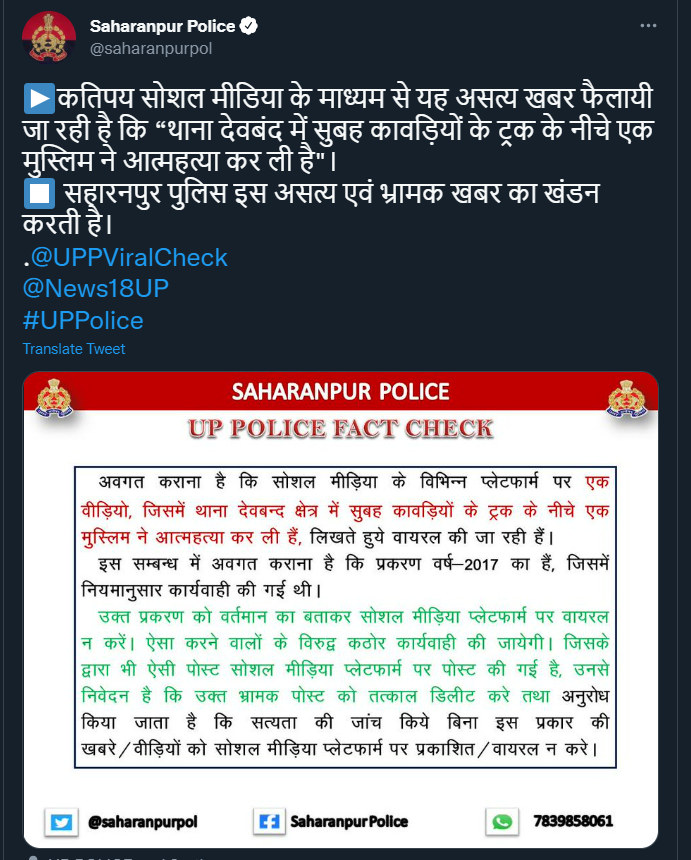 In conclusion, the above findings establish that the video in question is five-years-old and it is falsely passed off as a recent incident.