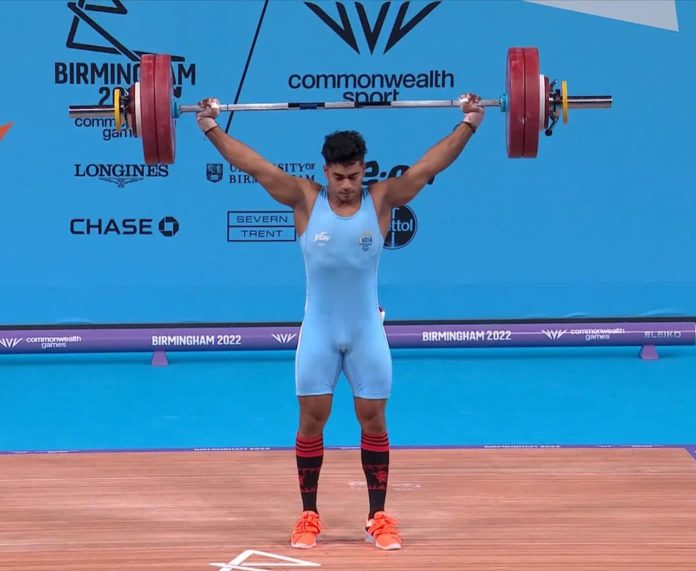 Birmingham: Indian weightlifter Achinta Sheuli clinched a gold medal with a combined lift of 313kg in the men’s 73kg final at the ongoing Commonwealth Games 2022 in Birmingham on Sunday.

With this, he won the country its sixth medal at CWG 2022 and its third gold medal at the event.

With a successful lift of 170kg in his third clean and jerk attempt, Achinta Sheuli finished with a total of 313kg (143kg + 170kg).
Indian weightlifter Achinta Sheuli ended up adding the sixth medal to India’s tally by capturing a gold medal.

Meanwhile, Prime Minister Narendra Modi hailed Sheuli, said that once the young athlete returns with a gold medal he can see films, as he will have ample time to entertain himself. Recalling the conversation, PM Modi tweeted, “Before our contingent left for the Commonwealth Games, I had interacted with Achinta Sheuli. We had discussed the support he received from his mother and brother. I also hope he gets time to watch a film now that a medal has been won.”