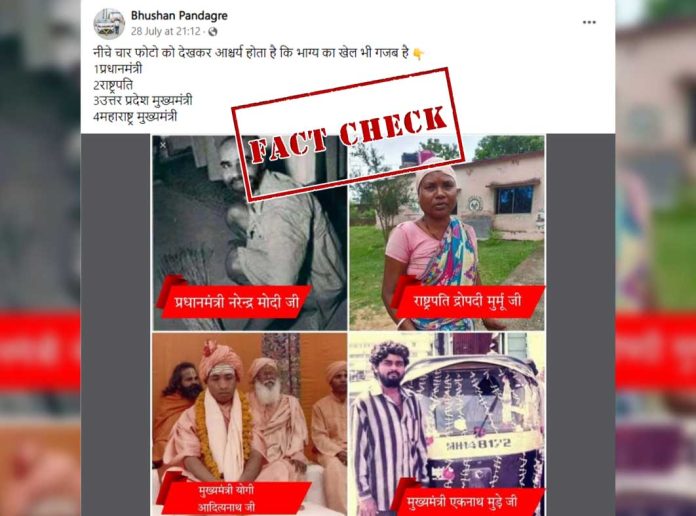 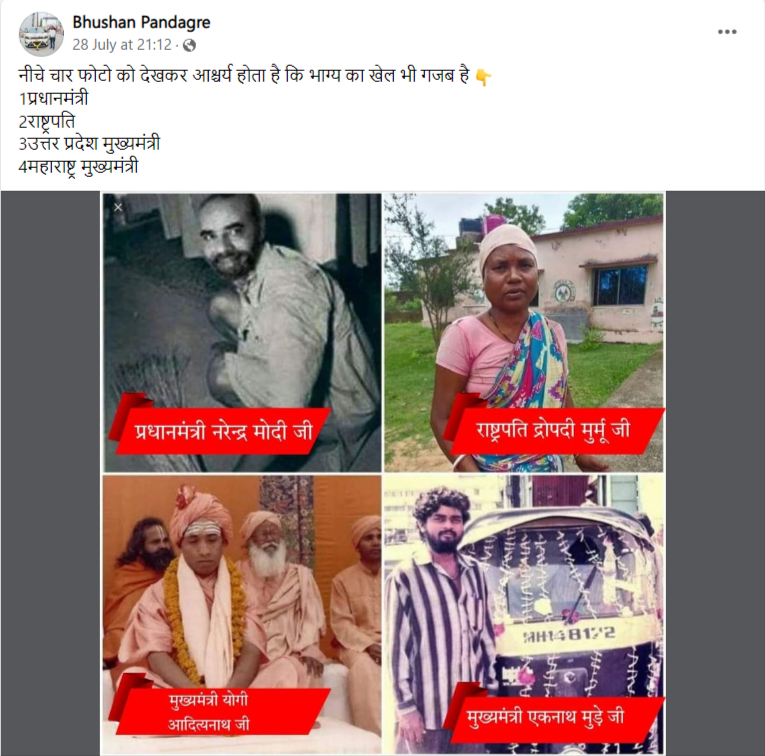 We checked the pictures individually and found the following: 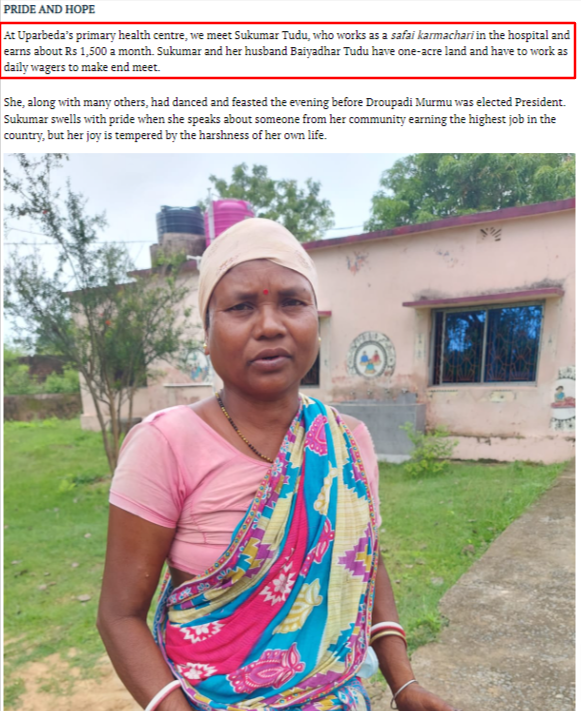 Prime Minister Narendra Modi
Through a Reverse Image Search, we found the original picture on the website of AP Images. And the original image is not of PM Modi. 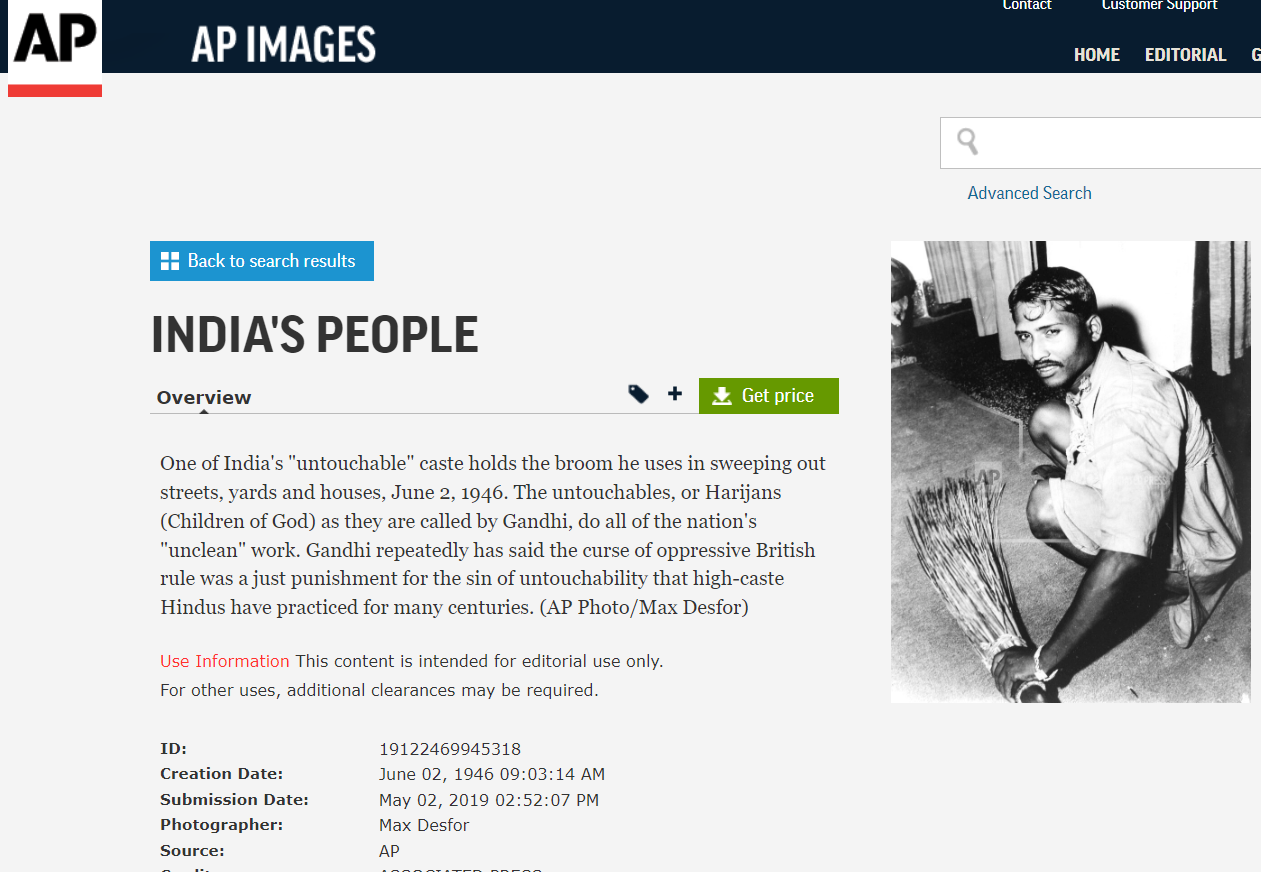 The description of the image reads: One of India’s “untouchable” caste holds the broom he uses in sweeping out streets, yards and houses, June 2, 1946. The untouchables, or Harijans (Children of God) as they are called by Gandhi, do all of the nation’s “unclean” work. Gandhi repeatedly has said the curse of oppressive British rule was a just punishment for the sin of untouchability that high-caste Hindus have practised for many centuries. (AP Photo/Max Desfor)

Hence, it is clear that the original image is photoshopped and face of PM Modi is superimposed on the other man.

Maharashtra Chief Minister Eknath Shinde
A Reverse Image Search on the picture led us to a tweet where the same picture was shared with same claim. A social media user has also pointed out that the image is not of Eknath Shinde. The tweet reads: This is Maharashtra Rikshaw Panchayat founder president Baba Kamble, not Eknath Shinde. Eknath Shinde joined Shiv Sena in the early ’80s. Elected to Thane Municipal Corporation as a corporator for the first time in 1997. 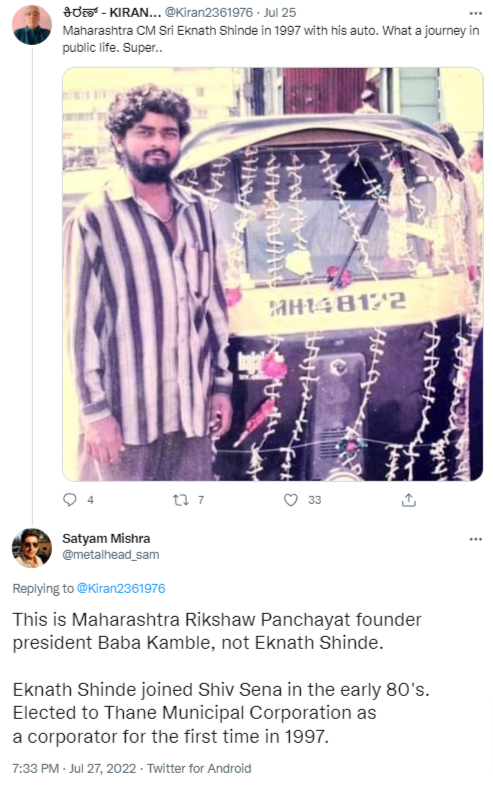 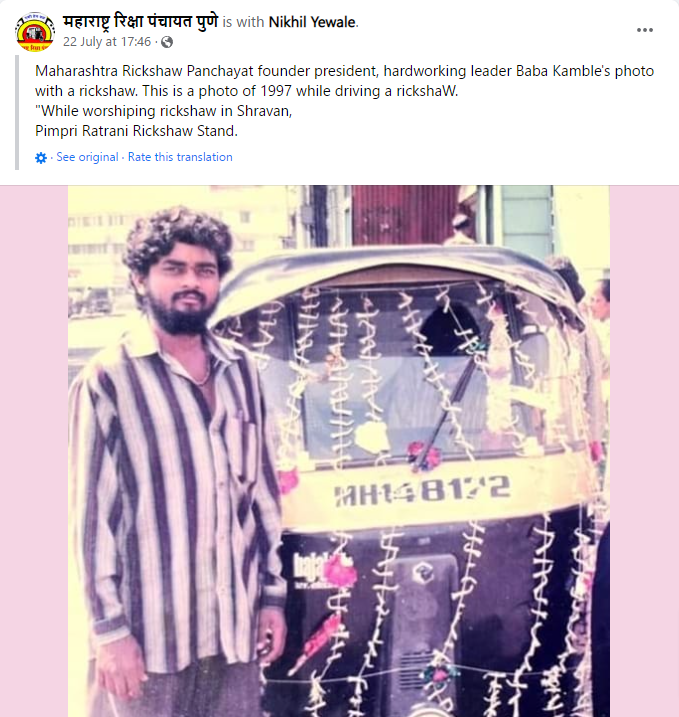 Thus, it is clear that the picture is not of Maharashtra Chief Minister Eknath Shinde.

UP Chief Minister Yogi Adityanath
We ran a search and found the same image in a report by ABP News, with a headline:
“From Ajay Singh Bisht to Being UP CM, Adityanath Celebrates 48th Birthday; Here Are Some Interesting Facts from His Life.” 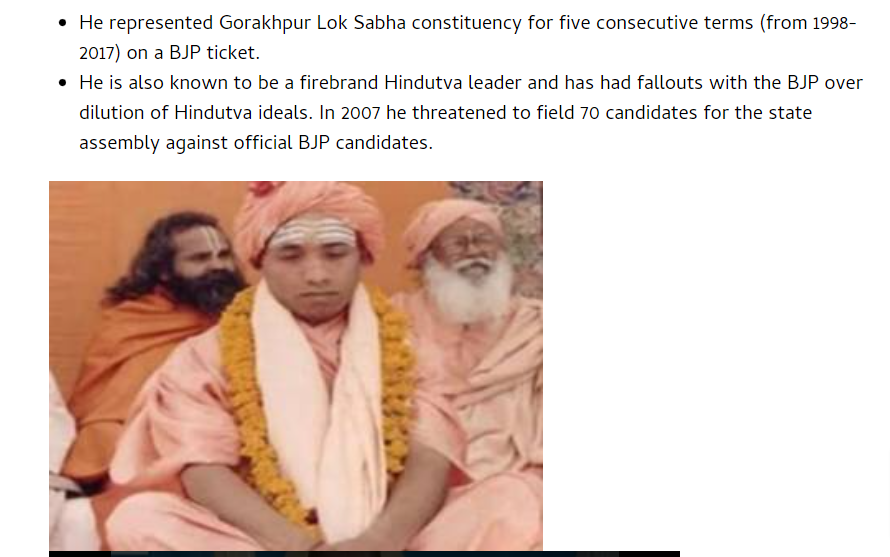 Hence, it is clear that the above picture is of Yogi Adityanath.

Based on the above fact check, it can be concluded that all the images except Yogi Adityanath’s picture are misleading.