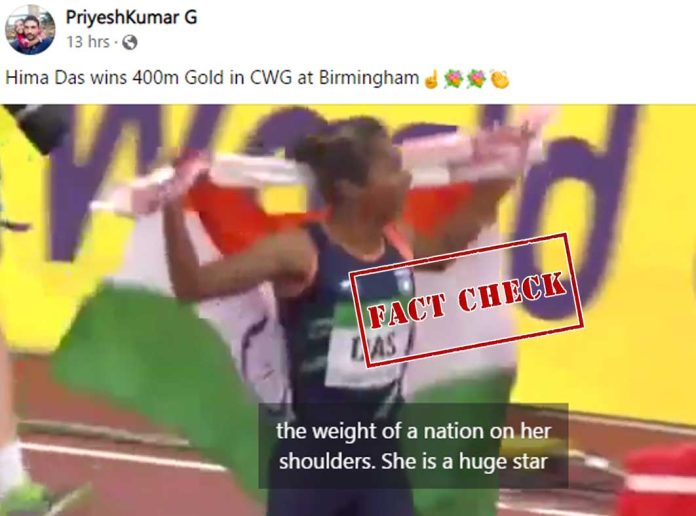 A video is going viral on social media with the claim that Indian Sprinter Hima Das has won a Gold in 400m at the Birmingham Commonwealth Games.

The video is shared with the caption: “Hima Das wins 400m Gold in CWG at Birmingham.” 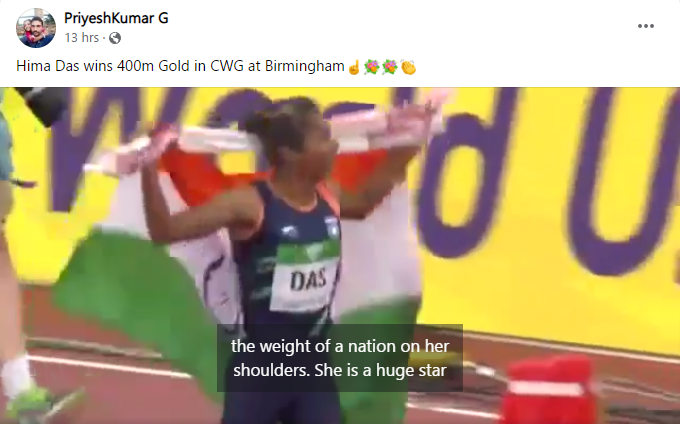 NewsMobile fact-checked the post, and found it to be quite old.

Running a keyword search, we found the same video shared on YouTube, dated July 13, 2018, with the title: Hima Das wins gold at the World Under-20 Championships | Achievers | Femina.

The video description reads: An 18-year-old from Assam has become the first Indian woman to win India’s first-track gold at the 2018 IAAF World Under-20 Athletics Championships in Tampere, Finland. Hima Das clocked the fastest time at 51.46 seconds to win the 400 m women’s gold at the U-20 championships. 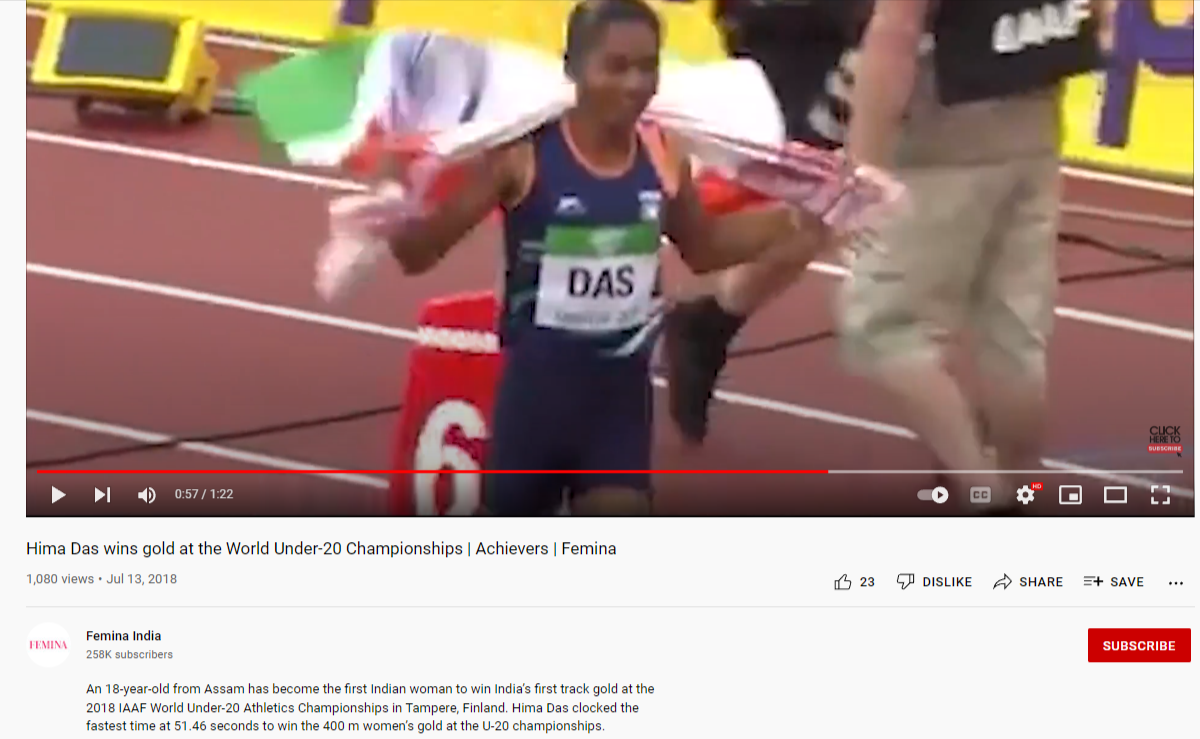 The video of her post-win interview was also uploaded on the YouTube channel of World Athlete, dated July 12, 2018, with the title: Hima Das’ 400m Gold Medal Interview | IAAF World U20 Championships Tampere 2018.

They had also uploaded the video of the race on their channel in August 2021, with a title: Women’s 400m Final — World Athletics U20 Championships Tampere 2018. 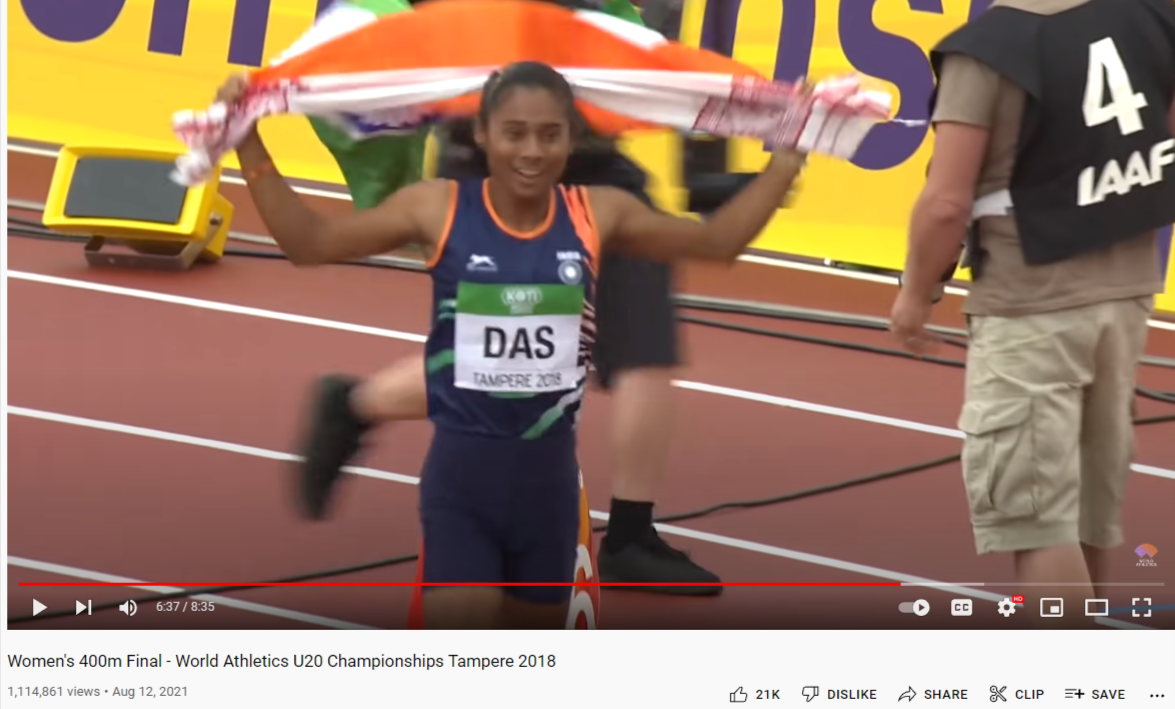 Moreover, the Twitter accounts of the Ministry of Youth Affairs & Sports, Press Information Bureau, and Government of India have clarified that the video is old. 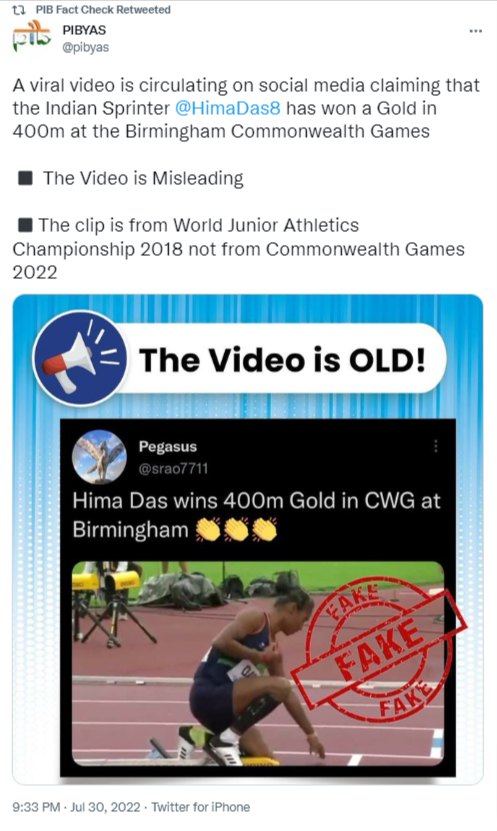 Thus, it is clear that the post in question is misleading.