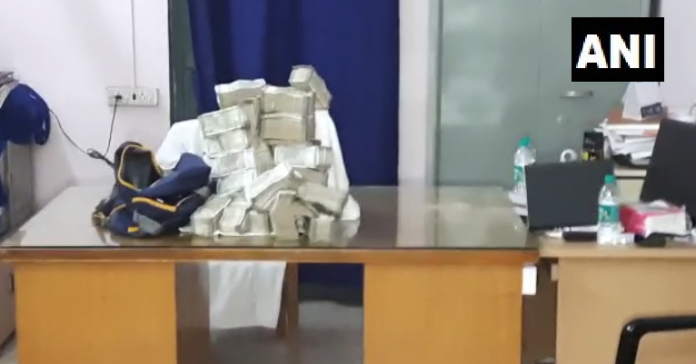 Howrah: Three Jharkhand Congress MLA’s were nabbed by West Bengal police with huge amounts of cash, were suspended from the party on Sunday.

Avinash Pande, General Secretary, and In-charge, Jharkhand Congress in a press conference added that “The three MLAs, who were held with a mountain of cash yesterday, have been suspended from the party with immediate effect.”

The three MLAs who were caught with cash are Irfan Ansari, Rajesh Kachhap, and Naman Bixal. The cash was recovered from their cars in Howrah. Swati Bhangalia, SP, Howrah Rural in a statement added that five people including 3 MLAs from Jharkhand Congress who were nabbed with huge amounts of cash, have been arrested. All the five people will be presented in the court today.

According to reports, the MLAs alleged that the money was to buy sarees for the upcoming tribal festival. Earlier, Jharkhand Congress in a statement alleged the BJP of conspiring to destabilize the state government.

Senior Congress leader Jairam Ramesh took to Twitter and added that “The BJP’s ‘Operation Lotus’ in Jharkhand stands exposed tonight in Howrah. The game plan of ‘Hum Do’ in Delhi is to do in Jharkhand what they did in Maharashtra by installing E-D duo.”

However, BJP in reply lashed at Congress and accused them of corruption. BJP state general secretary Aditya Sahu further added that “Earlier too, large amounts of cash were caught in Jharkhand at officers’ homes. They use the public’s hard-earned money for other purposes. Police caught them and it came to light,”.