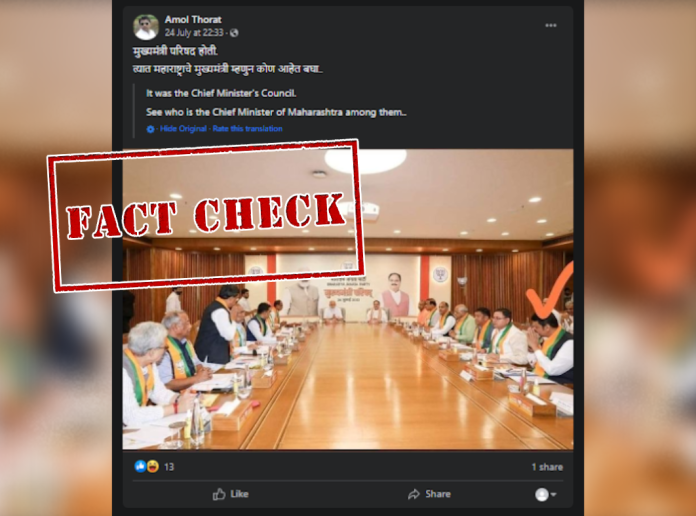 After a nine-day-long revolt to shake down the Maharashtra government, Eknath Shinde took control of the office from ex-chief minister Uddhav Thackeray, on June 30, 2022, after the latter stepped down from his position. The BJP-backed rebel Shiv Sena leader took oath as the 20th CM of Maharashtra, with the former chief minister and BJP leader Devendra Fadnavis, as his deputy. This came as a surprise to everyone as it was believed that the latter would take the mantle for the third time in a row.

Against this backdrop, a viral image, claiming Devendra Fadnavis, not Eknath Shinde, was invited by the Prime Minister to a chief minister’s council of states, is doing the rounds on social media. 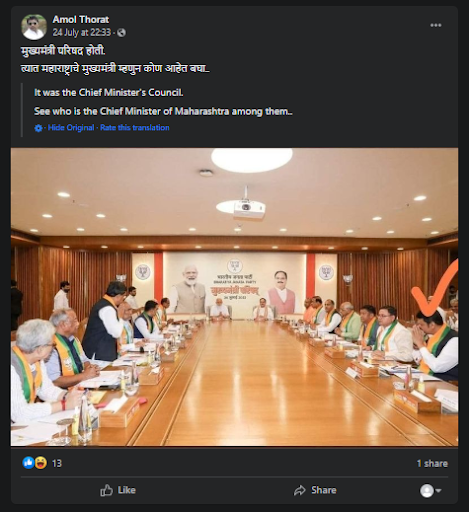 NewsMobile fact-checked the viral image, and found it to be misleading.

A Google Keyword Search about BJP’s chief minister’s council meeting led us to a July 24, 2022 press release on the official website of BJP, confirming that such meeting did happen. But, reading the release further indicated that the prime minister met with 12 CMs from BJP-led states and eight deputy CMs from BJP-alliance states. 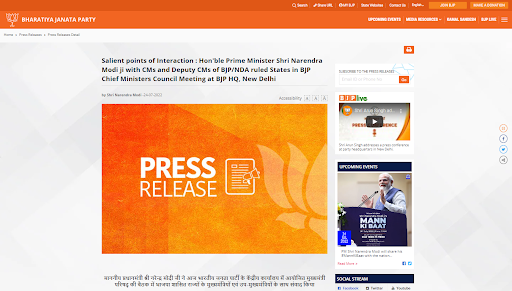 Scrolling towards the end of the release, we found a photo gallery from the meeting. The now-viral image, showcasing Deputy CM, Maharashtra, Devendra Fadnavis, greeting PM Modi and BJP President, JP Nadda, is also present in the collection.

Prime Minister Modi, too, tweeted a couple of snippets from the meeting on his official Twitter handle, stating that he met with BJP CMs and deputy CMs. 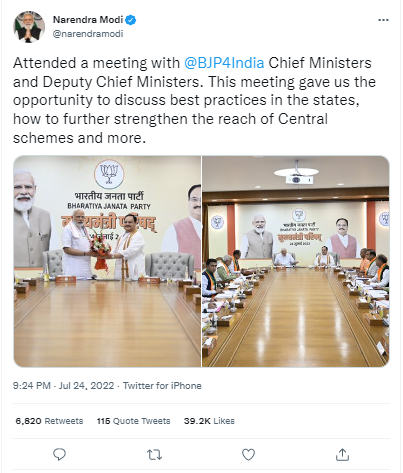 Devendra Fadnavis is also seen in these pictures, indicating that he did attend the meeting. Searching further about the event, we found out that deputy chief ministers of Nagaland (Yanthungo Patton) and Bihar (Tarkishore Prasad and Renu Devi) were also present in the meeting in the absence of BJP chief ministers. 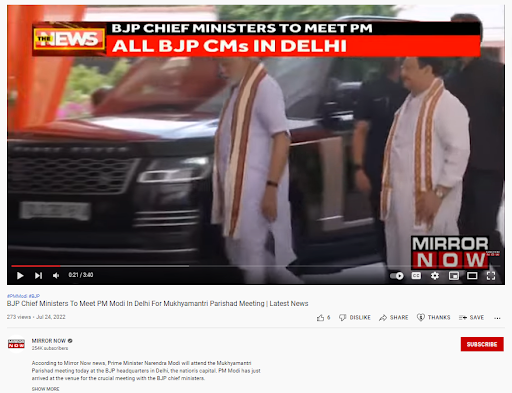 Therefore, based on our investigation, we can conclusively say that the viral image, claiming PM Modi invited Devendra Fadnavis over Eknath Shinde in a chief minister’s council meeting, is misleading.