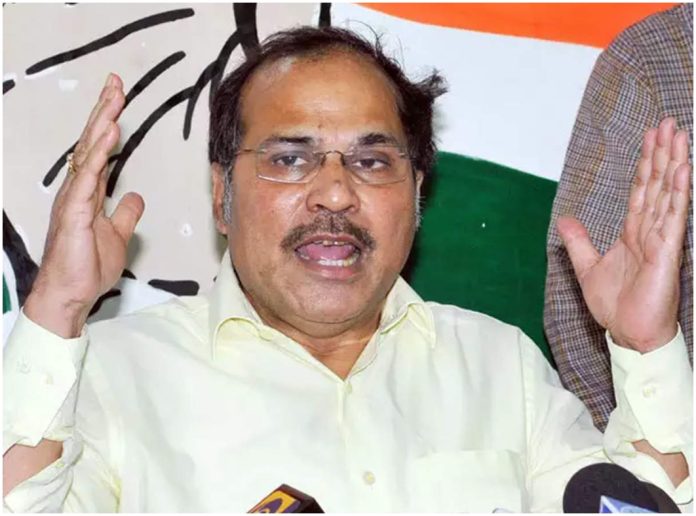 This came a day after he said that ‘there is no question of apologizing as he had mistakenly referred to President Droupadi Murmu as Rashtrapatni”.

“I am writing to express my regret for having mistakenly used an incorrect word to describe the position you hold. I assure you that it was a slip of tongue. I apologise and request you to accept the same,” reads a letter written by Chowdhury.

“…I assure you that it was a slip of the tongue. I apologise and request you to accept the same,” reads his letter. pic.twitter.com/jACwvOLlpl

Adhir Ranjan Chowdhary said that he had used the term “Rashtrapatni” for President Murmu by mistake and that the ruling party was deliberately trying to make a mountain out of a molehill.

“India’s President, whoever it is, a Brahmin or tribal a Rashtrapati is a Rashtrapati. It is a post of great honour and prestige. Yesterday, when reporters asked me during a protest at Vijay Chock where we are headed, I said – We are going to the Rashtrapati’s house, to meet with the Rashtrapati. Suddenly, once, Rashtrapatni slipped out of my mouth. That is because in the past few days, there has been so much discussion over Rashtrapati and Rashtrapatni. Suddenly, just one time, only once, it came out by default,” Chowdhary said in a video in his defence on Twitter and accusing the BJP of making too much out of a slip.

In Lok Sabha, Union Minister Smriti Irani said the Congress should apologise in Parliament, and on the streets of India, to every citizen of India.