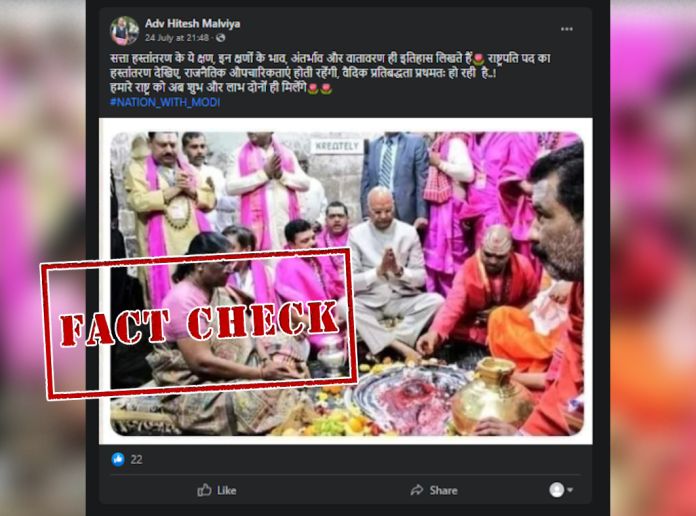 Droupadi Murmu recently scripted history by becoming the first-ever woman tribal President of India and the second woman President in the history of the nation. She took over as the 15th President of the country and took charge following the end of Ram Nath Kovind’s term as the President on July 25, 2022.

In this backdrop, a viral photo of President Murmu and Ram Nath Kovind is being circulated online claiming that they participated in a Vedic ritual before the official start of her term.

(English Translation: These moments of transfer of power, these moments of emotion, feeling and atmosphere write history, see the transfer of the presidency, political formalities will continue, Vedic commitment is being done first..! Now our nation will get both good and good #NATION_WITH_MODI) 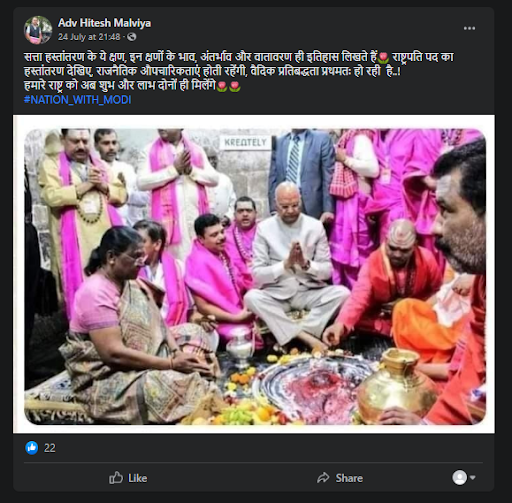 NewsMobile fact-checked the viral image and found it to be misleading. 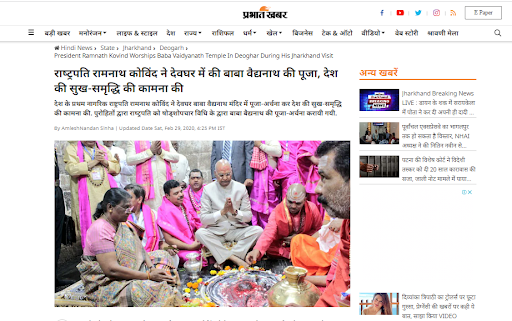 Reading the article, we got to know that Ram Nath Kovind visited the famous Baba Baidyanath temple of Deoghar, Jharkhand, in February 2020, during his 2-day visit to the state. He offered prayers to Baba Baidyanath through the Shodashopachar method and wished for happiness and well-being of the country. Ex-Governor of Jharkhand, Droupadi Murmu also accompanied him for the puja.

The visit was covered by many prominent media houses including The Telegraph, Amar Ujala, and Jagran, among others.

A Google Keyword Search led us to various social media posts about the, then, President’s visit to the holy site. We came across one such video published on Feb 29, 2020, by the official Twitter handle of the District Administration Deoghar. 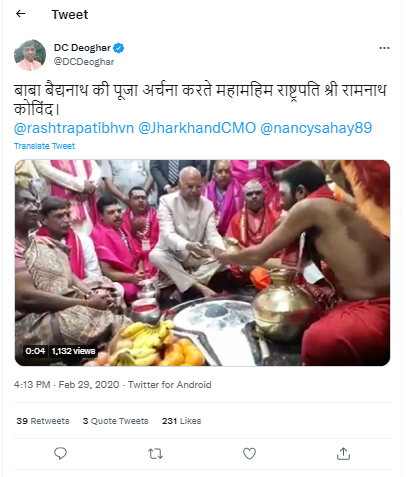 Finally, we came across a Feb 29, 2020, tweet by the official Twitter handle of the President of India (@rashtrapatibhvn). President Kovind can be seen wearing the same set of clothes in the tweeted picture as in the one going viral now, thus, confirming his presence in the temple. 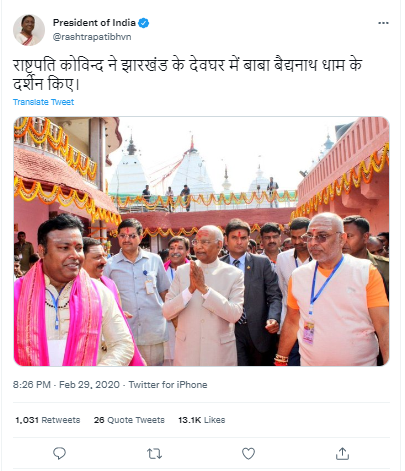 Therefore, based on our investigation, we can conclusively say that the viral image, claiming the outgoing President Kovind and President Murmu performed Vedic rituals before the official transfer of power, is misleading.