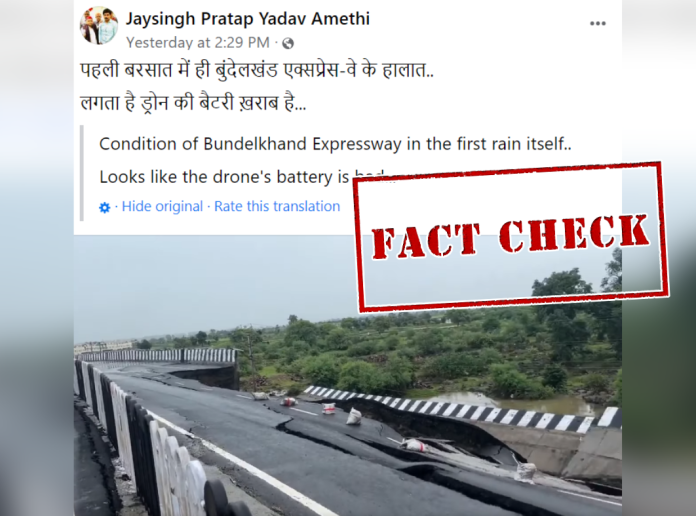 A video in which a portion of the road appears to have collapsed is being widely shared on social media with a claim that these are the visuals of the recently inaugurated Bundelkhand Expressway in Uttar Pradesh.

(English translation: Condition of Bundelkhand Expressway in the first rain itself. Looks like the drone’s battery is bad) 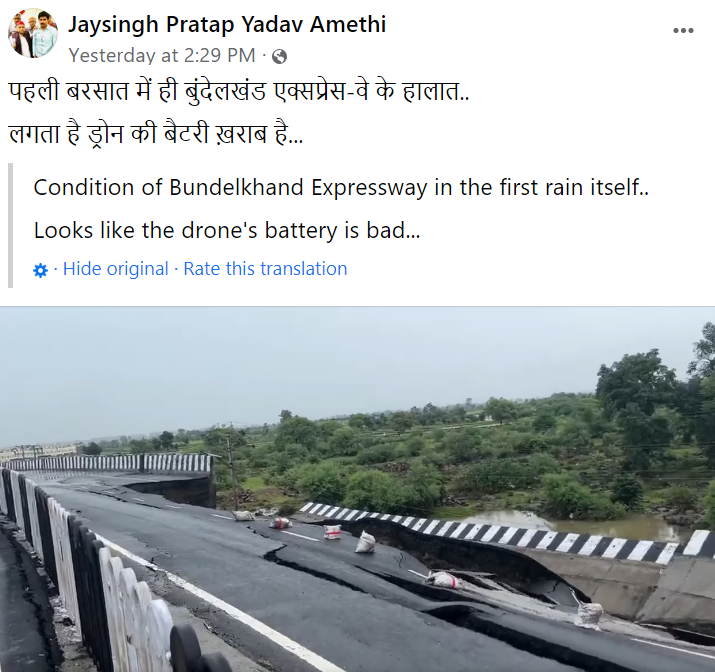 Using the InVid Tool, we extracted keyframes from the viral video and performed a Reverse Image Search. This search directed us to a similar video uploaded on the YouTube channel of the Economic Times on July 25, 2022. The video caption reads, “Madhya Pradesh: Road caves in Bhopal due to heavy rainfall in the city.”

Taking a cue from this, we searched further and found many other credible news articles that reported the same incident carrying similar visuals. According to these articles, A portion of the approach road to a bridge on the Kaliasot river in Madhya Pradesh’s Raisen district caved in early this morning near the Mandideep area – less than 25 km from the capital Bhopal, in less than a year of construction. The cave-in did not cause any injuries or casualties.” 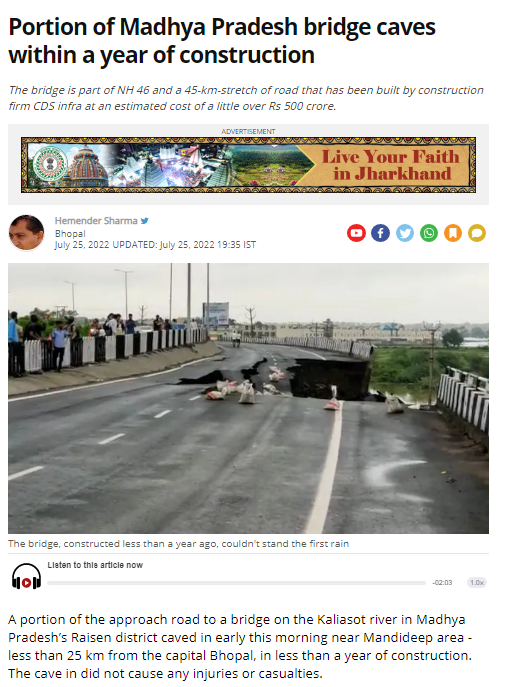 However, it is true that a part of Bundelkhand Expressway “caved in after rain yesterday, within a week of its inauguration by Prime Minister Narendra Modi on July 16.” Check similar reports here and here. 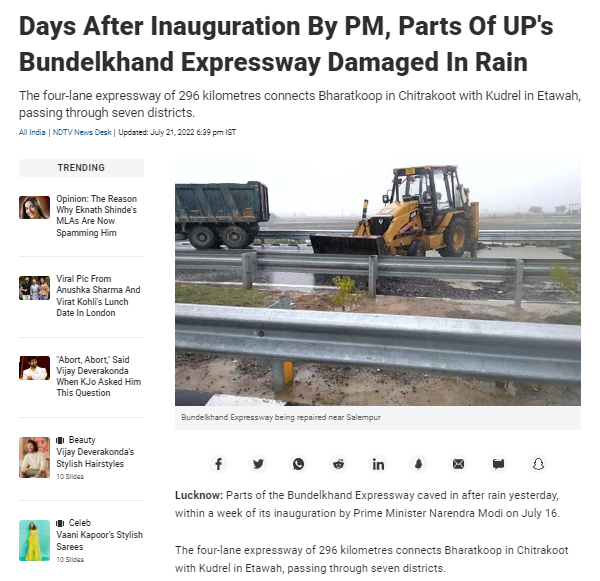 Thus, it is evident from the above information that visuals of a damaged road in Madhya Pradesh are being falsely linked to the Bundelkhand Expressway in Uttar Pradesh.