Fact Check: No, The Viral Advisory On Monkeypox Outbreak Has Not Been Issued By WHO | Newsmobile
Wednesday, February 1, 2023

Home NM FACT CHECKER Fact Check: No, The Viral Advisory On Monkeypox Outbreak Has Not Been... 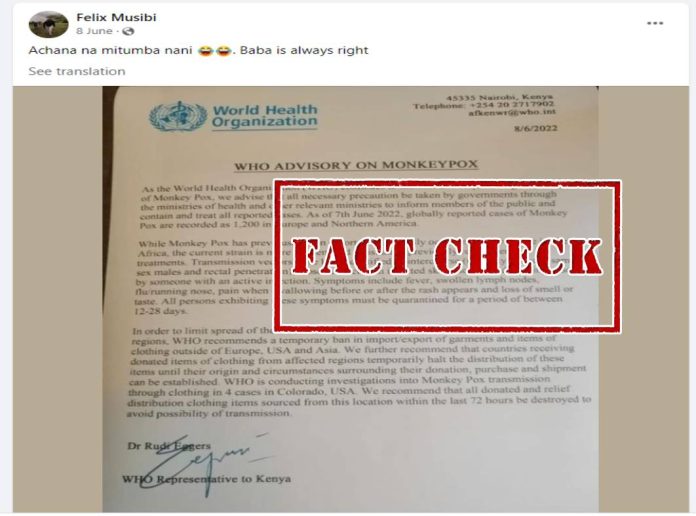 Soon after WHO has declared monkeypox a Global Health Emergency, an advisory purportedly issued by World Health Organization (WHO) has gone viral on social media.

The advisory suggests a ban on the import of second-hand clothes from Europe, the USA, and Asia as it may cause further spread of the disease. 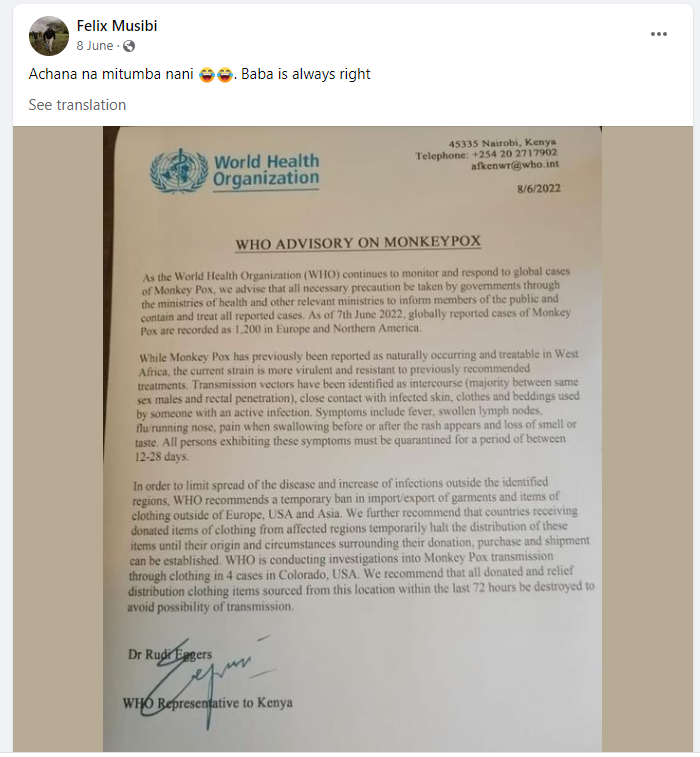 We closely observed and found that WHO writes ‘Monkeypox’ instead of ‘Monkey Pox’ in its advisory. 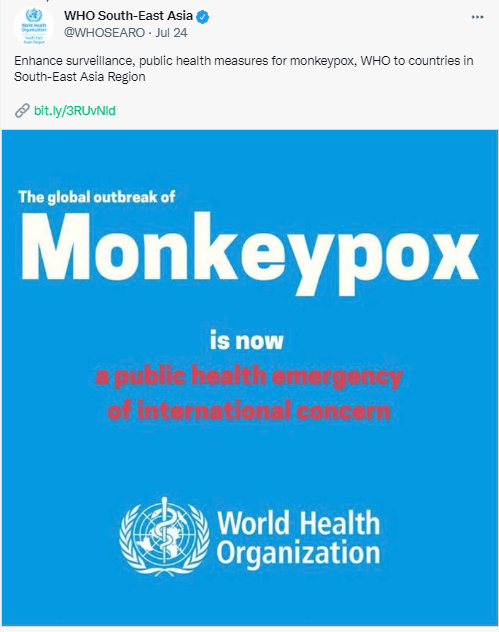 We also found that the viral document was signed by a person named Dr Rudi Eggers, purportedly the WHO Representative to Kenya. However, According to a tweet by WHO Kenya, Dr Abdourahmane Diallo is leading the Kenya Country Office since April 4, 2022. 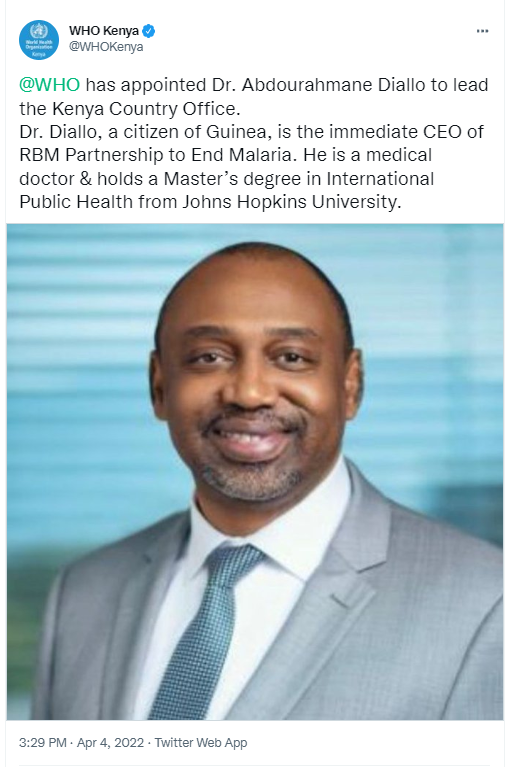 We could not find any media report to suggest that WHO has issued any such advisory.

We also found that WHO Kenya tweeted and refuted the viral claim. It tweeted, “There’s a fake letter in circulation on various platforms about #Monkeypox. #Ignore it. Here’s all the legit info on #Monkeypox from @WHO.” 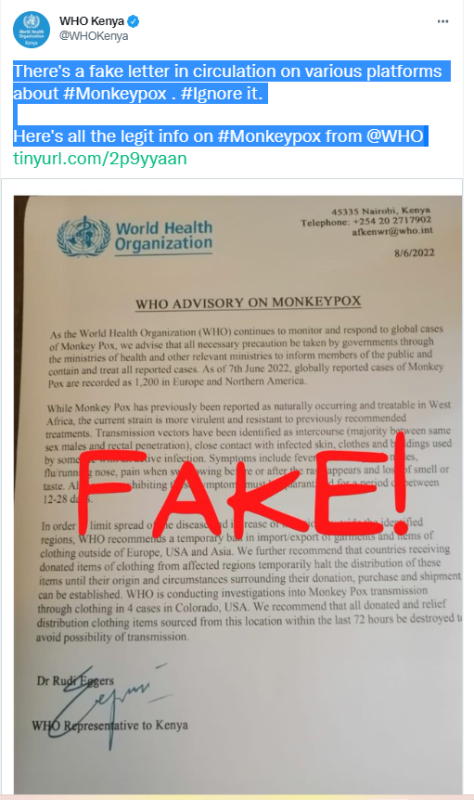 Hence, we can ascertain that the viral advisory is not issued by WHO. Thus, the viral claim is fake.