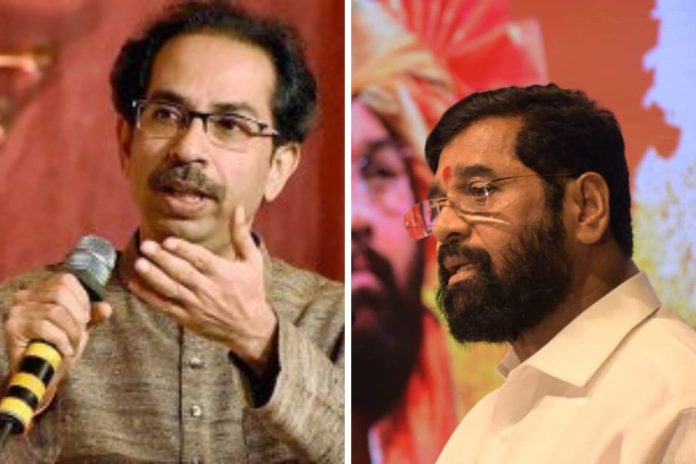 Filing the application, Subhash Desai, the General Secretary of Shiv Sena, said that the Election Commission can’t decide the matter since the cases are pending before the Supreme Court.

The application was filed against the proceedings initiated by the ECI on a request made by the Eknath Shinde-led faction for recognition as the ‘real’ Shivsena and their claim over the party’s election symbol – the bow and arrow.

It sought to implement the ECI as a party in the petition which challenges the decision of the Maharashtra Governor to invite Eknath Shinde to be the Chief Minister of Maharashtra.

It is stated that even though on July 20 the apex court was assured by the counsel appearing for the Speaker that no further proceedings will be conducted in the matter of disqualification under the Tenth Schedule, the Shinde-faction has initiated proceedings under Election Symbols (Reservations and Allotment) Order, 1968 seeking recognition as the ‘real Shivesena’ by the ECI and also claiming the right to use the election symbol allotted to the Shivsena.

On July 22, a notice was served to the Uddhav Thackeray-led faction wherein the Commission had stated that Eknath Shinde and some other persons have sought to be recognised as the ‘real’ Shivsena and are claiming right over the election symbol, the application said.

The ECI had initiated proceedings in complete disregard of the sanctity of the status quo order of the Supreme Court, it added.

It further stated that the Uddhav Thackeray-led group said that Shinde-faction cannot be considered as MLAs of Shivsena and their claim and affidavits cannot be relied upon.

The application further added that “Respondents, despite the matter being pending before this Court, in acts of desperation, and to somehow portray a majority are trying to illegally cobble up numbers and fabricate an artificial majority in the organisation. It is submitted that the private Respondents have been indulging in several illegal activities contrary to the Constitution of the Shivsena,”.

Last week, the Supreme Court 3-judge bench said that some of the issues involved in the Maharashtra political crisis may require a larger Constitutional bench for consideration.

A bench of Chief Justice of India NV Ramana, Justices Krishna Murari and Hima Kohli while hearing cases related to the political crisis in Maharashtra had observed that important constitutional issues arise in the cases which may require adjudication by a larger bench.

Earlier, the top court had asked the Speaker of the Maharashtra Legislative Assembly, Rahul Narwekar not to take any action on the new disqualification notices issued against the members of Shiv Sena.

There are various petitions pending before the apex court filed by both the factions of Shiv Sena.

The Uddhav Thackeray-led faction had approached the top court challenging the Maharashtra Governor Bhagat Singh Koshiyari’s decision to invite Eknath Shinde to form the government and also the Speaker’s election and floor test.

Thackeray camp’s Sunil Prabhu had filed a plea seeking suspension from the Maharashtra Assembly of new Chief Minister Eknath Shinde and 15 rebel MLAs against whom disqualification pleas are pending.

Shinde group challenged the disqualification notices issued by the Deputy Speaker to 16 rebel MLAs as well as the appointment of Ajay Choudhary as Shiv Sena Legislature Party leader, which is also pending before the apex court.