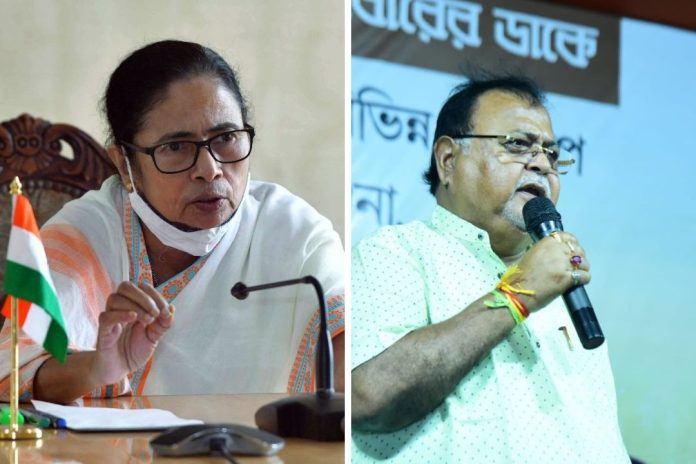 Kolkata: Chief Minister Mamata Banerjee on Monday broke silence over the arrest of Minister Partha Chatterjee by the Enforcement Directorate and added that she will not support corruption.

Mamata Banerjee said that “If someone has been involved in wrong activities, none of us will interfere no matter how harsh a verdict they face. We will not support them”.

ED earlier arrested Partha Chatterjee for his connection in a money laundering scam linked to a teacher recruitment scam. The minister was taken to AIIMS Bhubaneswar and a detailed medical report in court stated that “he is fit & stable. There is nothing wrong with medical reports. He was taking advantage of his position to stay in a state-run hospital. He is fit & can be taken into custody.”

CM Mamata Banerjee further added that “A verdict should be given based on the truth, within a given time frame. If someone is found guilty, I do not mind if they are punished with life imprisonment.”

She further denied any links with the alleged close aide of Partha Chatterjee, Arpita Mukherjee and added “Neither the govt nor the party has any ties with that woman (Arpita Mukherjee)…I had visited a Durga Puja pandal to inaugurate it. Apparently, a woman was present there. I heard she is Partha’s (Chatterjee) friend. Am I God to know who is friends with whom?”

According to reports, over 20 crores were recovered by the ED from the house of Arpita Mukherjee who is allegedly a close associate of Minister Partha Chatterjee. ED has further sought custody of her.

Chief Minister Mamata Banerjee added that “I will not bow down to threats. If someone has committed wrongdoings and is proven guilty by verdict of law, they will be responsible for the same.”