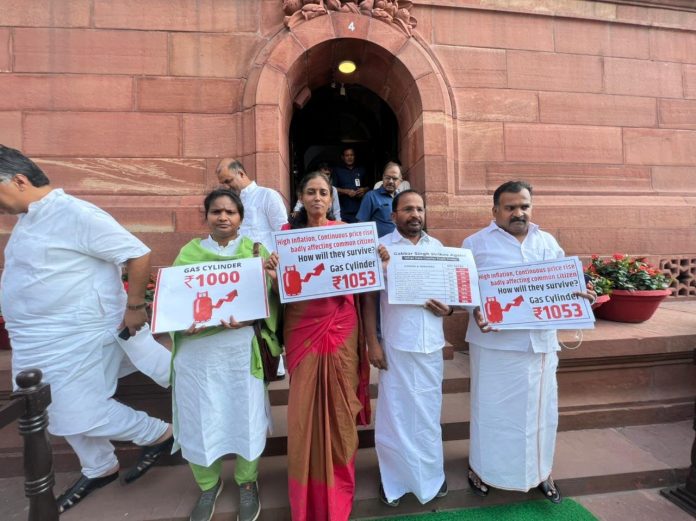 New Delhi: The Lok Sabha on Monday suspended four Congress MPs including Manickam Tagore, Ramya Haridas, Jothimani and TN Prathapan from Lok Sabha for the entire Monsoon session due to unruly behaviour in the Lower House.

The MPs were suspended under rule 374 citing ‘unruly behaviour towards the chair’. The Lok Sabha was adjourned till 26th July due to the ruckus created by the opposition over inflation and other issues.

Lok Sabha today passed the Indian Antarctic Bill, 2022 which aims to provide a regulatory framework for India’s research activities in the Antarctic and protect the Antarctic ecosystem.

According to PTI, Congress said that the Government is trying to intimidate them by suspending our MPs. The statement further added that they were trying to raise issues which matter to people.

Suspended Cong MP, Manickam Tagore said that “We’ve been suspended from the House for raising the voice of the people in Parliament. We will continue to fight for the people of the country. A hundred things are not allowed in Parliament, only cheering Modi ji and Amit Shah ji is allowed.”