Kartik Aaryan From The Fileds of Haryana At the Golden Hour | Newsmobile
Wednesday, October 5, 2022 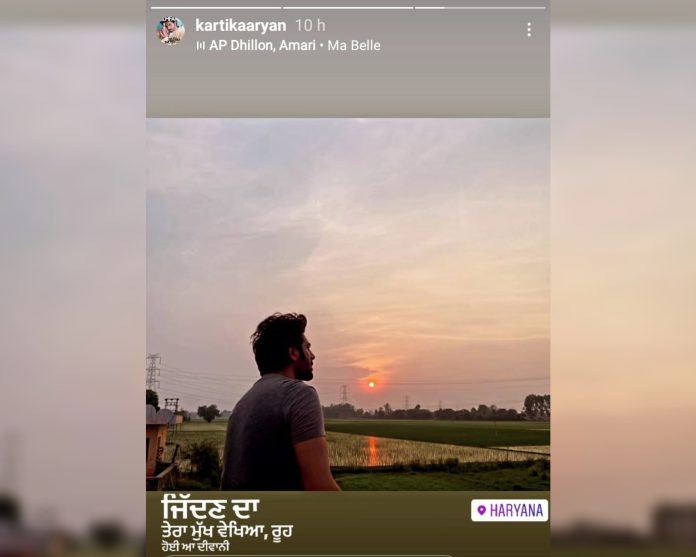 Kartik Aaryan took it to Instagram sharing a picture watching the sunset on the farms and posing for the camera.

In the picture, Kartik can be seen facing the sun and enjoying nature’s beauty. He had worn a casual grey t-shirt. In the story, the actor mentioned his location ‘Haryana’. Also, he added AP Dhillon’s song along with the story whose lyrics show up in the Punjabi language.
On the work front, Kartik Aryan was last seen in Bhool Bhulaiya 2 which got a huge success.

Currently, he is shooting for his upcoming film ‘Shehzada’ which is a remake of a Telugu film named Ala Vaikunthapurramuloo alongside Kriti Sanon. He will also star in the film ‘Freddy’ which is Shashanka Ghosh’s romantic thriller. Other than this, actor has several films lined up as ‘Satyanarayan Ki Katha’ and ‘Captain India’.