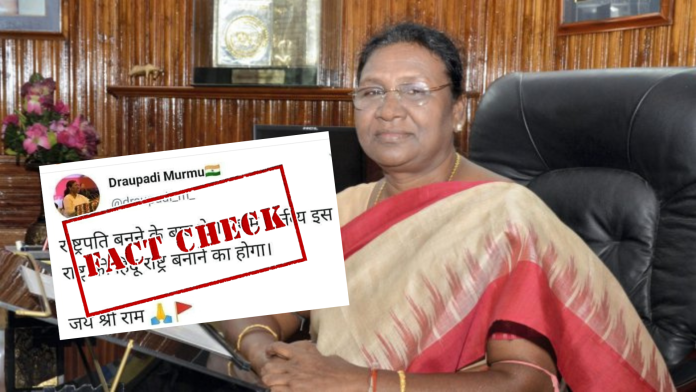 A tweet attributed to BJP-led NDA’s presidential candidate Droupadi Murmu has surfaced on the internet, stating that she has pledged to make India a ‘Hindu Rashtra’ after she becomes President. 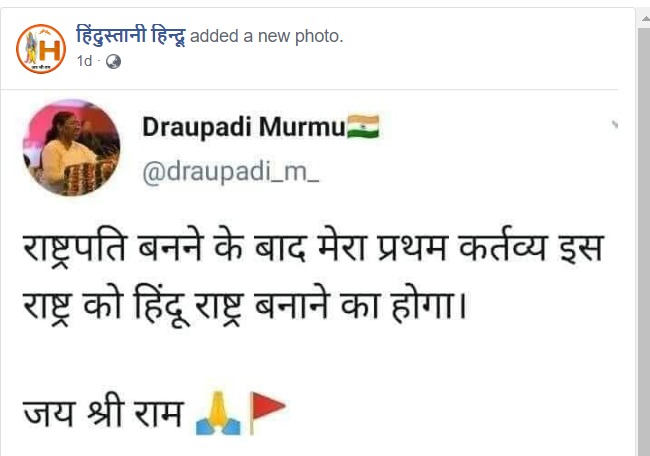 NewsMobile fact-checked the above tweet, and found it to be FAKE.

With a simple Google search, we could not find any news report suggesting that Murmu made the above statement.

We further checked the Twitter handle in a screenshot (@darupadi_m_) and found that it does not exist. 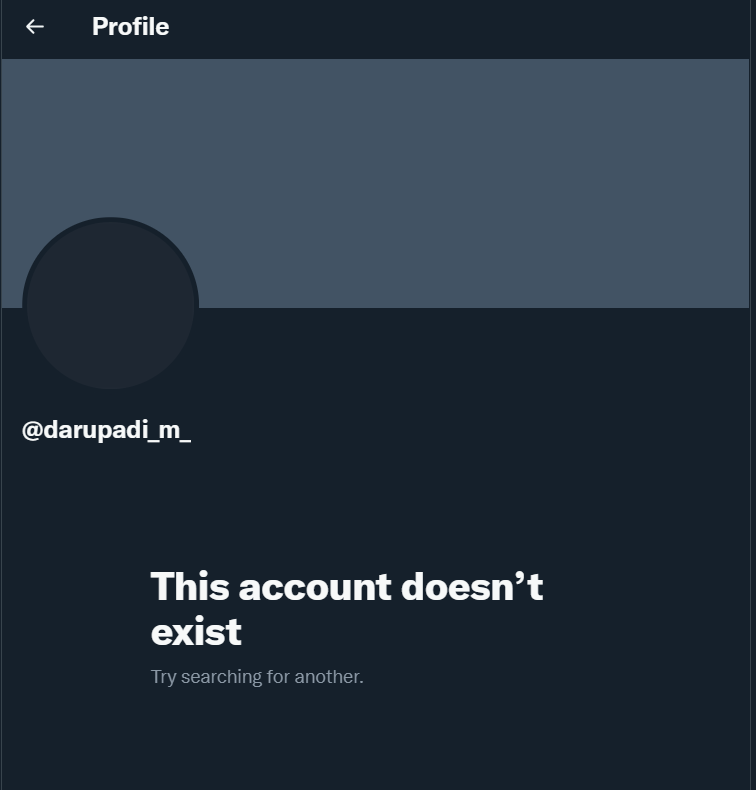 It is to be noted that if Murmu had made such a statement, it would have definitely made major headlines. Moreover, Droupadi Murmu does not have a Twitter account.

Hence, it is proved that Droupadi Murmu has not made the above statement.