Fact Check: This Viral Video Of Overflowing River Is NOT From Balochistan | Newsmobile
Wednesday, February 1, 2023

Home NM FACT CHECKER Fact Check: This Viral Video Of Overflowing River Is NOT From Balochistan 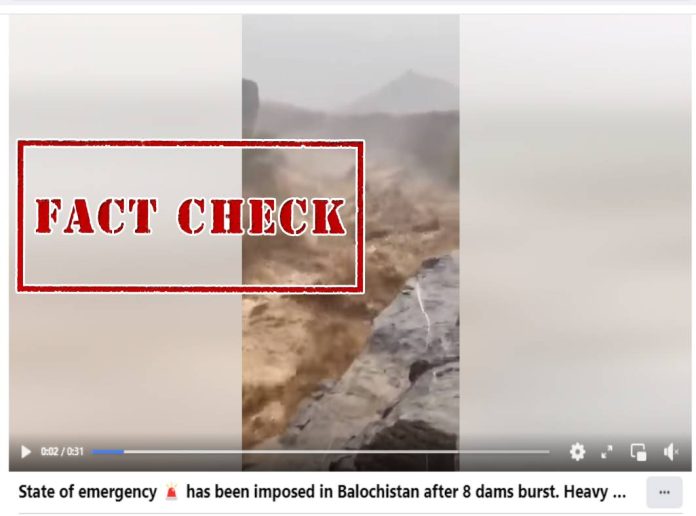 A video is widely shared on social media, in which a muddy river is seen raging. The viral video claims that the scene is of Balochistan after eight dams burst.

The video is shared with a caption: “State of emergency has been imposed in Balochistan after eight dams burst. Heavy floods have killed 77, and more rains are expected in the next few days”

On doing a Google Reverse Image Search with one of the screenshots, we found the same video uploaded by a Facebook page, Arabian Daily, on July 7, 2022. It was shared with a caption: “Jabal Shams overflows following heavy rain this morning!”

AlBayan News also tweeted the video on July 7, 2022, with a caption in English: “Overwhelmed by a rain storm in Oman Sultanate” 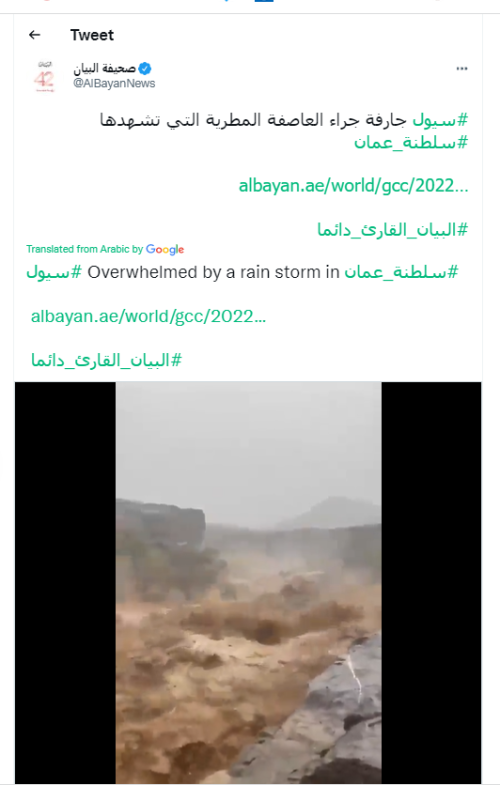 We found reports of over 160 people killed and several injured this month as flash floods triggered by torrential rains wreaked havoc in Pakistan.