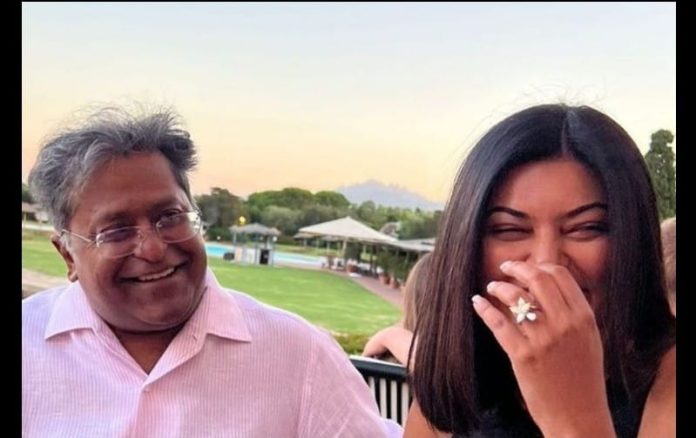 The former IPL chairman, Lalit Modi on Thursday announced that he is dating Bollywood actress and former Miss Universe Sushmita Sen. Lalit Modi tweeted to make official announcement of his relationship with Sushmita.

Soon after the announcement, people started reacting to the news. Some of them wished and blessed the actress. Some people then began creating memes about the couple.

Fans tweeted like, “Never give up in life. I googled you both. Be happy! Cheers !” While another fan tweeted, “Never lose hope, you never know what tomorrow may bring. #SushmitaSen with couple romantic pictures” Like this there was many tweets by the fans. Though, there was an amazing tweet by a fan that supported the couple by saying, “Men/Women commenting on choice of #SushmitaSen #LalitModi need to first look into the mirror” further she states that when we ourselves look for marriage with someone we wants to know about their financial status.

Never give up in life. I googled you both. Be happy! Cheers!

Lalit Modi announces he and Sushmita Sen are a couple; posts photos with his ‘better half’ on Instagram.#SushmitaSen #LalitModi ❤️ pic.twitter.com/b0wswMJNWs