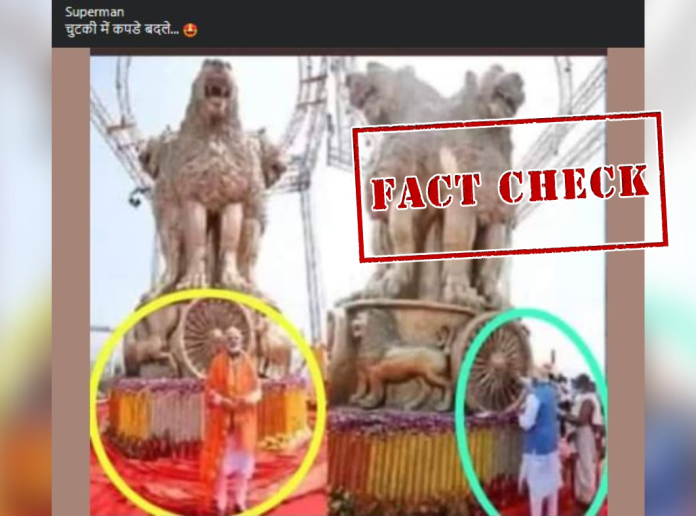 In this backdrop, a collage of PM Modi unveiling the National Emblem is being widely shared on social media. In one photo, PM Modi can be seen in a saffron scarf and in another one, he can be seen in a blue sleeveless coat. Sharing these images, users are claiming that PM Modi quickly changed outfits during the ceremony.

The image is shared on Facebook with the caption, “Superman चुटकी में कपडे बदले” 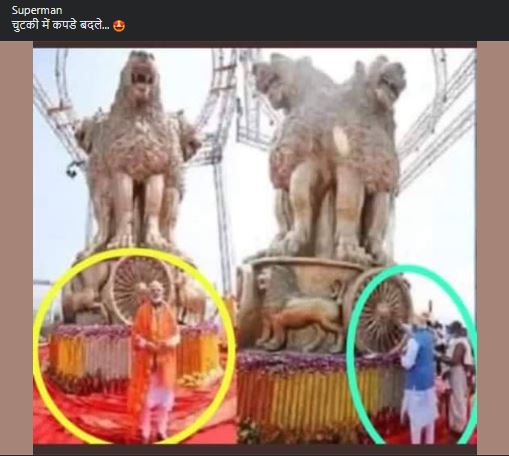 Starting with our investigation, we did a keyword search and found similar images uploaded on the official social media handles of PM Modi. In one such image, he can be seen wearing the same blue sleeveless coat during the unveiling ceremony of the National Emblem.

Searching further, we found another image on PM Modi’s official Facebook page in which he can be seen wearing the saffron scarf over a blue sleeveless coat.

We also found the video of the event uploaded on the Facebook page of the Press Information Bureau on July 11. In the video, PM Modi can be seen wearing a blue coat but at the end of the video, it is clearly visible that he donned a saffron scarf over that same coat. 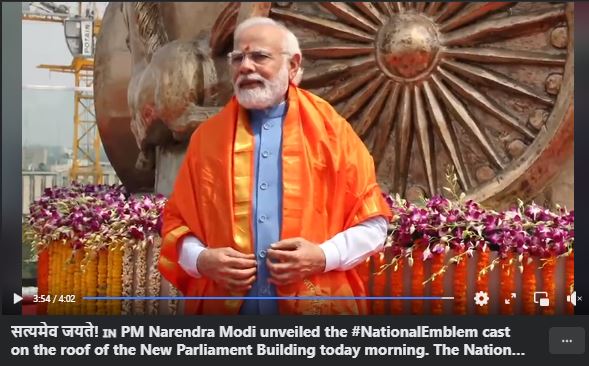 This morning, I had the honour of unveiling the National Emblem cast on the roof of the new Parliament. pic.twitter.com/T49dOLRRg1