Home NM FACT CHECKER Fact Check: Did India Slip To 164th Rank In The List Of... 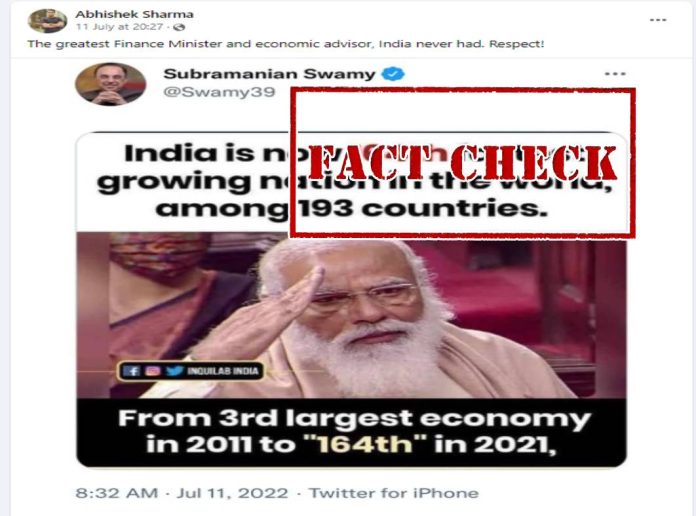 The post reads, “India is now the 164th fastest growing nation in the world, among 193 countries.” 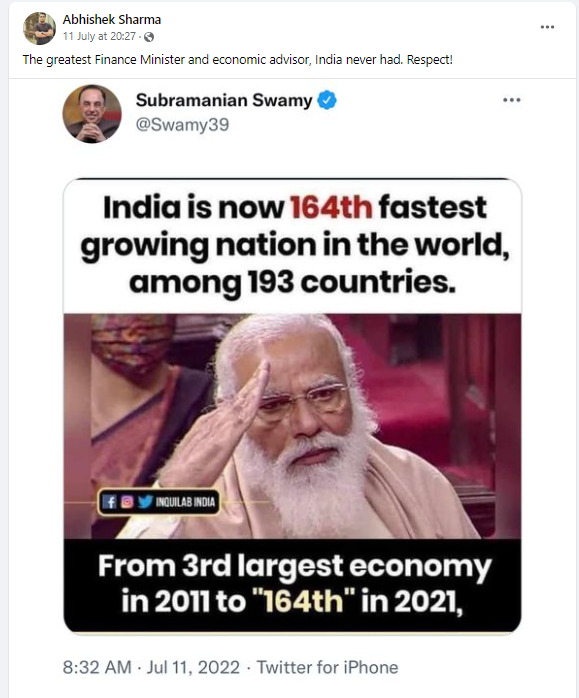 On searching with appropriate keywords, we found a report published by International Monetary Fund which said that the GDP of India in 2020 was -10.28% and in 2021, it was 8.8%. However, the report did not mention the rank of India’s GDP.

According to the archive version of Statistical Times, India projected GDP growth for the year 2020 stood at 164th position. The same site had also initially ranked India as the 8th fastest growing country for the year 2021.  The site mentioned projected growth in the GDP based on the IMF data.

Also, Statistical Times later updated the data and mentioned that the GDP of India stood at -7.3% and ranked 143rd.

We also found a report by the Ministry of External Affairs published on April 30, 2014. The report suggested that India emerged as the world’s third-largest economy in 2011 from being the 10th largest in 2005 in terms of purchasing power parity (PPP), according to a new study by the world’s leading statistical agencies.

Another PIB press release mentioned that in 2017, India retained and consolidated its global position, as the third largest economy, accounted for 6.7 percent ($8,051 billion out of World total of $119,547 billion) of global Gross Domestic Product (GDP) in terms of PPPs.

It is to be understood that both the figures are mentioning two different types of data. While one mentions the real GDP, the other data mentions the PPP.

We also found that PIB Fact Check had also tweeted to refute the viral claim. 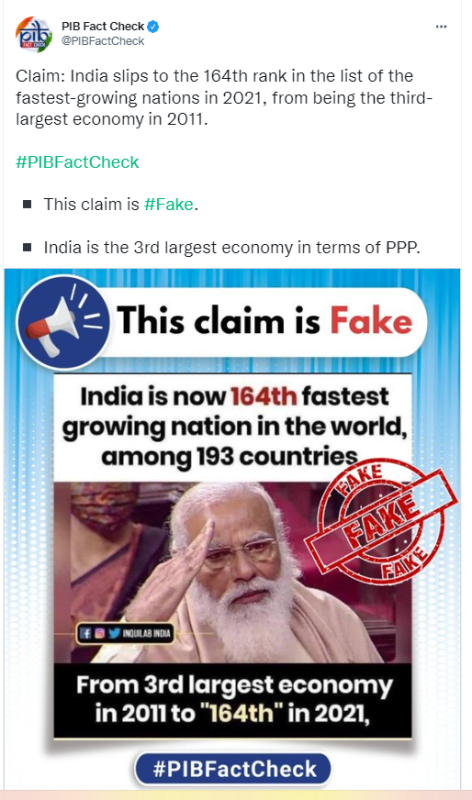 Hence, we can ascertain that a comparison is being done between two different data. The viral claim is misleading.