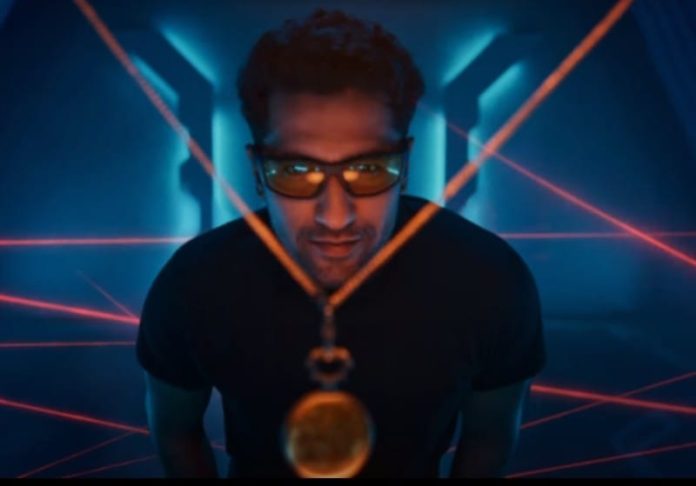 Actor Vicky Kaushal turned into an agent in an Instagram post to promote the upcoming film ‘The Gray Man’ on Netflix. He can be seen in the character named ‘Agent Vicky’.

The actor wrote a caption, “Agent Vicky naam toh suna hi hoga? Vicky Kaushal and the Gray Man have a secret mission for you. Watch the video to accept it. #TheGrayMan,” Vicky Kaushal can be seen as playing the role of agent VK on a mission ‘The Gray Man’ in the video.

Vicky says that it’s not only a Chris Evans-Ryan Gosling- Ana de Arms thriller but also the ‘deadliest job in the world.’ Then, he can be seen fighting with his team to a masked enemy. Along with it, he talks further about The Gray Man.

“Sabki ek pehchaan hoti hai, Gray Man khud ek naqaab hai. Sabka ek raaz hota hai, Gray Man ek raaz hai.” After this, Vicky gets a punch on his face from his enemy to this he responds as his ego is a ‘little bruised’. Then after fighting his last enemy, he enters the secret room where he uses glasses to identify security laser beams and gets the precious locket from it.

In the end, Vicky talks about a secret four-digit code to crack by the fans to get a chance to meet the Russo brothers and Dhanush at the film’s premiere. The film is set to premiere on July 22, 2022. The film stars Ryan Gosling and Dhanush. The film will be also available in Hindi, Tamil, Telugu, Malayalam and Kannada.