Fact Check: Did Punjab CM Bhagwat Mann Ask For Three-Months Leave In The Wake Of His Wedding? | Newsmobile
Thursday, December 8, 2022 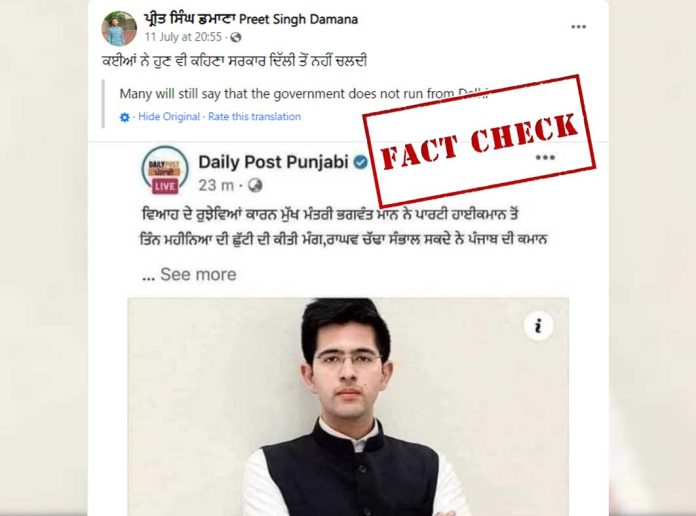 A screenshot of a post, purportedly by a Punjabi media outlet Daily Post Punjabi, is widely circulated on social media. The post claims that Punjab Chief Minister Bhagwat Mann had asked for three months leave after his wedding. It has also been claimed that in his absence Raghav Chadha will take charge of Punjab.

Facebook users are sharing the purported screenshot with a caption: “ਕਈਆਂ ਨੇ ਹੁਣ ਵੀ ਕਹਿਣਾ ਸਰਕਾਰ ਦਿੱਲੀ ਤੋਂ ਨਹੀਂ ਚਲਦੀ” (English translation: Many will still say that the government does not run from Delhi) 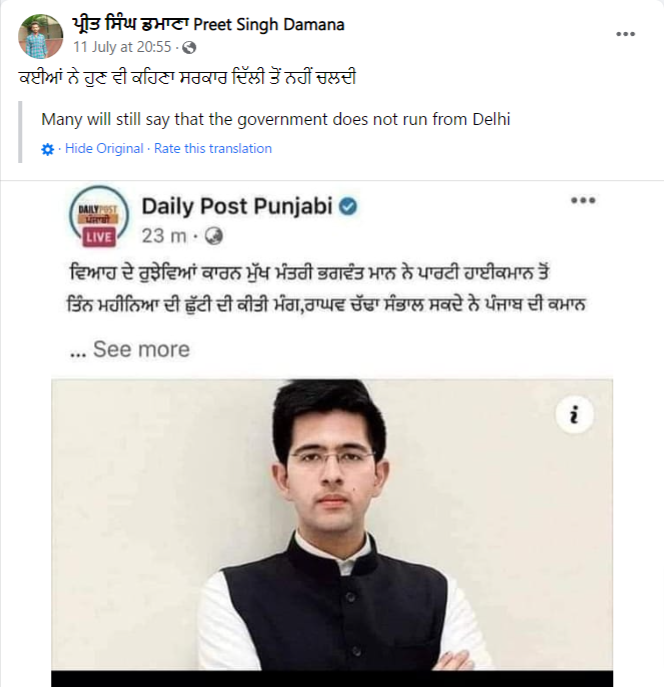 NewsMobile fact-checked the video, and found it to be false. 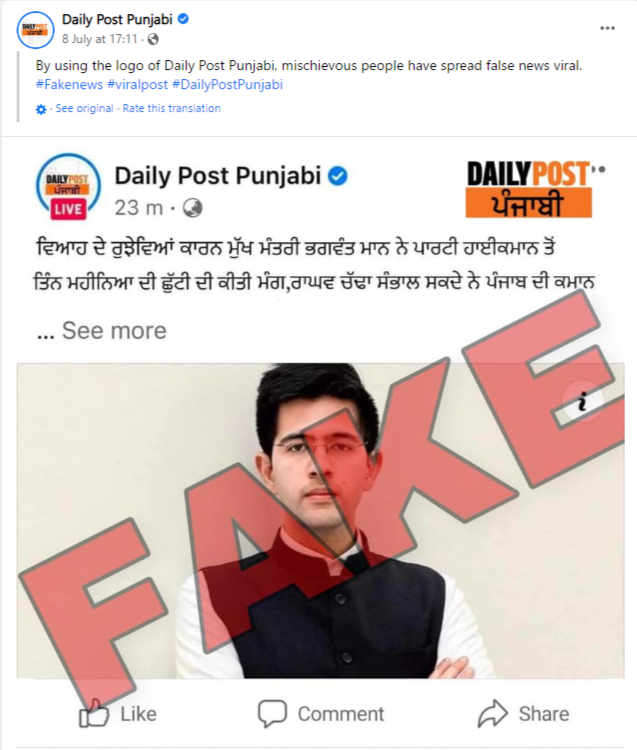 We also ran a keyword search, but could not find any credible media report to corroborate the viral claim.

However, on scanning through the Facebook and Twitter accounts of CM Bhagwat Mann, we found several posts of him working, which were posted after his wedding on July 7, 2022. The posts can be seen here and here.

In other news, AAP Rajya Sabha member Raghav Chadha has been appointed as the chairman of the temporary advisory committee in Punjab. According to a report by Times Now, “Chadha will oversee the conception and implementation of pro-people initiatives of the AAP government in Punjab and advise the government on matters of finance accordingly.”

So, the viral screenshot, stating that Mann has asked for three months leave, is false.