Home Home Slider Modi’s Best Tribute To Abe Is To Get Bullet Train Project On... 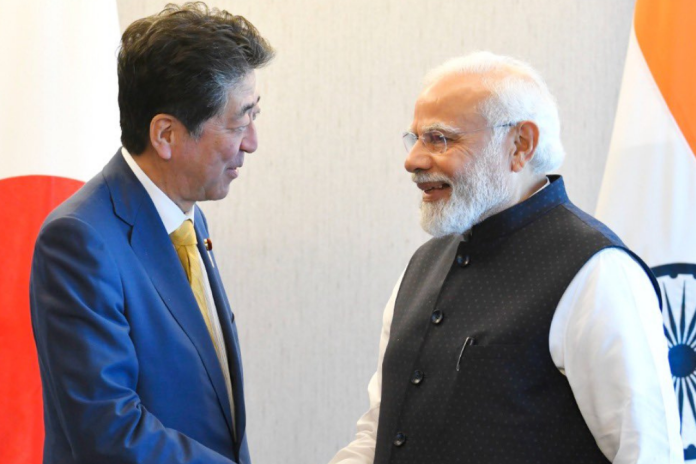 Stalled by the political opposition in Maharashtra, the Bullet Train project may well get to move on a very fast track soon, as desired by Prime Minister Narendra Modi. It would be the best tribute to Shinzo Abe, Japan’s longest-serving prime minister who was very close to him.

Modi and Abe, who was then Japan’s Premier, had laid the foundation stone for the ambitious Rs 1.08 lakh crore ($17 billion) project on September 14, 2017. The Japan International Cooperation Agency (JICA) is funding 81% of the project cost. 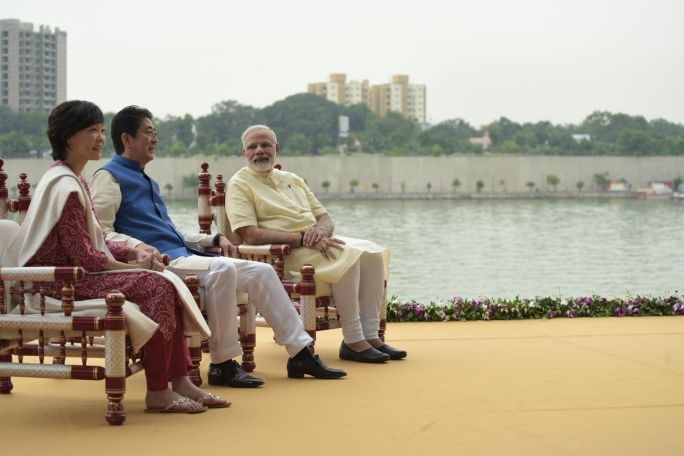 Abe was shot and killed by a gunman on July 8 in a shocking incident that left Modi and many others in deep distress.

The initial deadline to complete the ambitious project was December 2023 but the Thackeray government’s opposition saw less progress on the Maharashtra side.

Thackeray had even termed it a “white elephant,” saying the people of Maharashtra do not need it as the route is not useful for Maharashtra. Instead, he demanded a bullet train between Mumbai and Nagpur stretch.

As of September 2021, only 30% of the required land was acquired in Maharashtra.

After Eknath Sinde took over as CM and Devendra Fadnavis as Deputy CM on June 30, Modi directed them to fast-track the project, particularly land acquisition.

As desired by Modi, the new government will soon hand over the 4.2 hectares in Bandra Kurla Complex (BKC) for the construction of a terminal for the project. The BKC is the starting point of this high-speed rail line.

With a maximum operational speed of 320km per hour, the Mumbai-Ahmedabad bullet train corridor will have eight stations in Gujarat and four in Maharashtra. Surat, Sabarmati and Thane will be depots.

The bullet trains are expected to run at 350 km per hour covering the 508-km stretch in 2 hours 57 minutes with limited stops at Surat, Vadodara and Ahmedabad. In comparison, trains currently take over seven hours to travel the distance. Flights take about an hour.

A majority portion of the line will be built overground (463km on viaducts). There will be tunnels (26km), bridges (9km) and embankments (13km) spanning the entire journey. There will be a 21km-long tunnel near Mumbai, of which 1.8km will run under the seabed, a first for India.

The National High-Speed Rail Corporation Ltd (NHSRCL), which is executing the project, had to cancel the tender issued in November 2019 for the construction of an underground terminus at BKC.

That was because Thackeray, who came to power after a post-poll pact with Sharad Pawar’s National Congress Party (NCP) and the Congress, applied brakes. His government did not hand over the land though it had been approved by the previous Fadnavis government in February 2018. Despite several reminders from the NHSRCL, Thackeray put his foot down.

Till the change of regime in Mumbai, the Centre had focused on completing the project in Gujarat first. Last month, Railway Minister Ashwini Vaishnaw inspected the project’s progress and indicated that the country’s first bullet train between Surat and Bilimora in Gujarat could be run in 2026. Bilimora is a town in the Navsari district of south Gujarat. So far, pillars for the project have been put up on 61 km of the route and work is underway on around 150 km of the stretch.

Vaishnav inspected the operation of a segmental casting yard of the project near Vaktana village in Choryasi taluka of Surat, and also visited the under-construction Antroli railway station under the project. Later, he also visited the project site at Nasilpore in Navsari along with Minister of State for Railways Darshana Jardosh Jardosh. Bridge works on all rivers in Gujarat have begun and are expected to be completed by 2024.

Modi and Abe had agreed that they would be made under both the ‘Make in India’ with the ‘Transfer of Technology.’