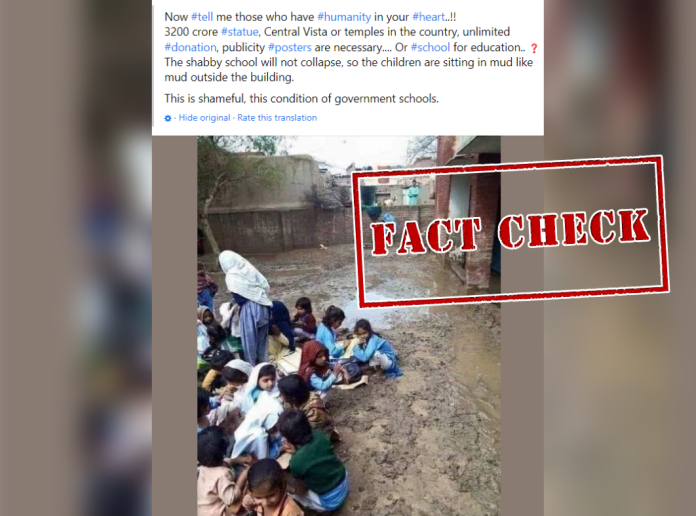 An image showing some school students sitting in the mud is being widely shared on social media, claiming that this is the situation of government schools in India. 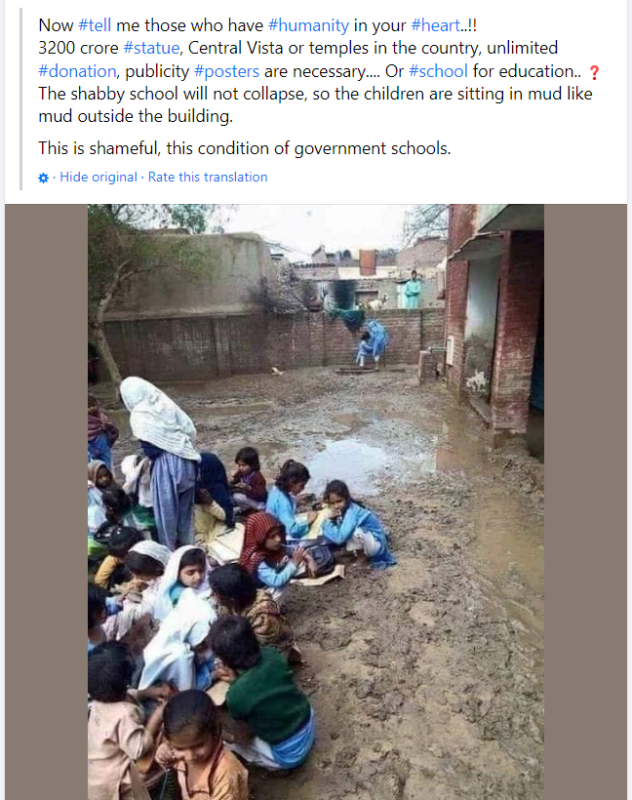 NewsMobile fact-checked the claim, and found it to be FALSE.

Doing a simple Reverse Image Search directed us to a June 10, 2015 tweet that carried the same viral image. The text in Urdu can be translated into English as: “Mian Sahib has been ruling Punjab for thirty years, and the girls are getting an education on the metro bus” 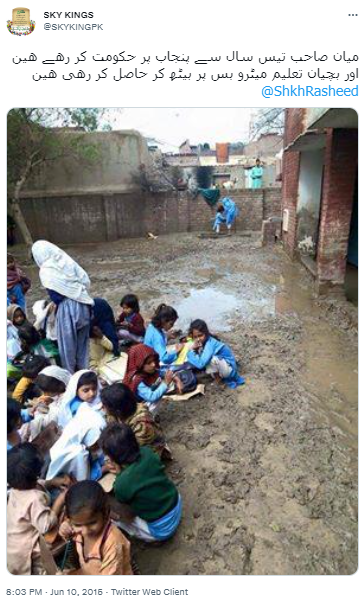 Searching further, we found the same image uploaded on a Pakistan-based website with the description that it is from a primary school for girls in Punjab, Pakistan. 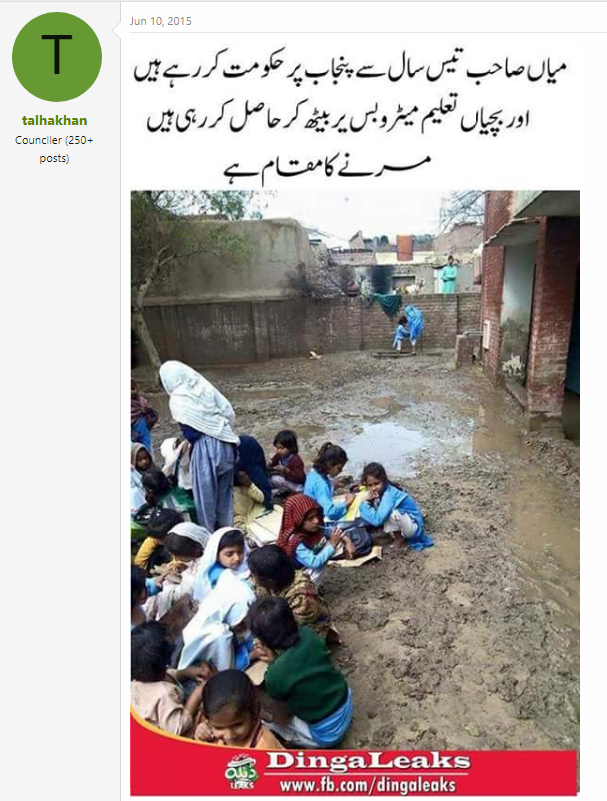 In 2016, media activist and president of the Pakistan Supreme Court Press Association, Abdul Khiayum Siddiqui, had also tweeted the same image stating that it was from a school in Pakistan.

The same image was also tweeted in 2017 by a user stating that it was from Pakistan.

Thus, it is clear that the viral image has been on the internet since 2015, that too, it is from Pakistan, NOT India.