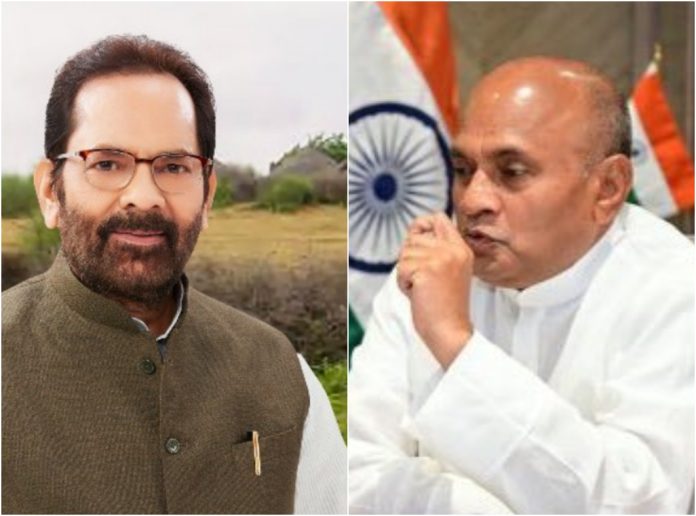 Mukhtar Abbas Naqvi and RCP Singh resigned as the Union ministers on Wednesday, a day ahead of the expiry of their Rajya Sabha terms.

According to reports, the Union ministers submitted their resignation letters to Prime Minister Narendra Modi.

PM Modi lauded praised both Naqvi and Singh for their contributions to the nation and the people during Wednesday’s Cabinet meeting.

Senior BJP leader Naqvi is also the deputy leader of the Rajya Sabha. Singh is a minister in the Modi Cabinet from the JD(U) quota.

With Naqvi’s time in the Rajya Sabha coming to an end, the BJP’s 395 MPs would be without a single Muslim lawmaker.