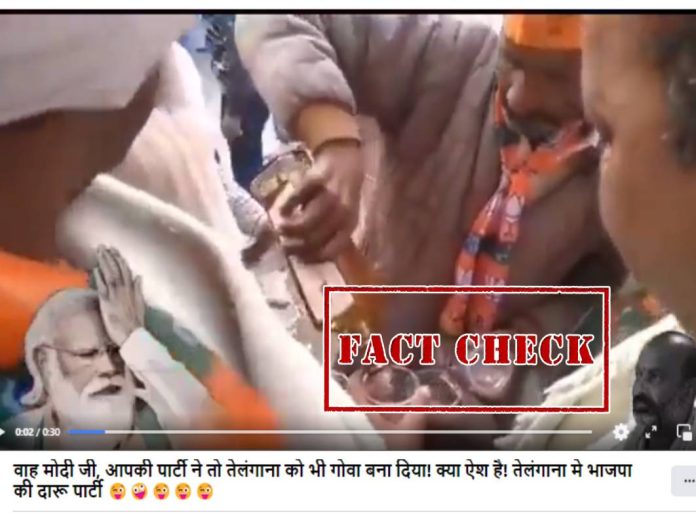 In the above context, a video is circulating on social media, where BJP workers are seen distributing alcohol. The video is shared with a caption hinting that it is from the same event.

On doing a Google Reverse Image Search, we found the same video uploaded by Congress on December 20, 2021, with a caption: alcohol was distributed at a BJP rally in Uttar Pradesh. 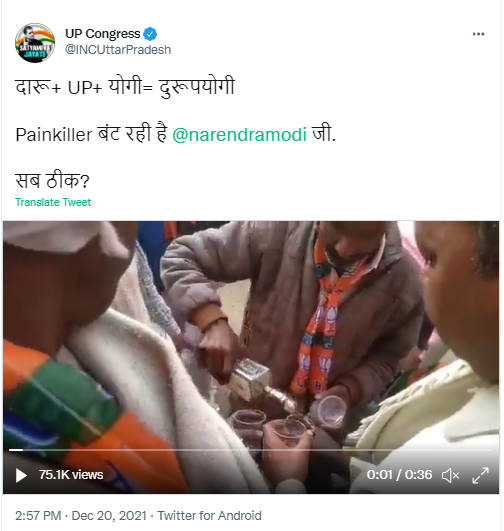 We also found that the viral video was published by Dainik Jagran in December with a caption, claiming that Congress tweeted a video alleging BJP’s liquor distribution at a rally. However, the report warns that the website cannot verify the source of the video. 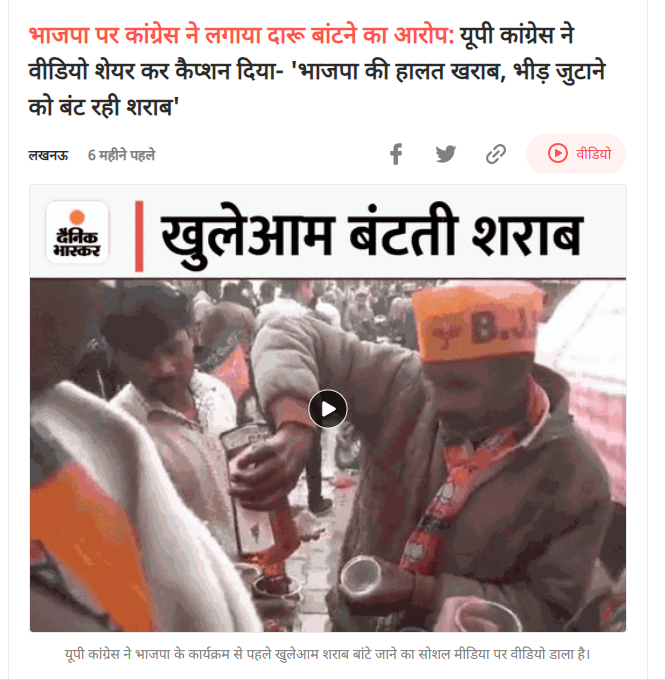 UP Tak also shared the video on December 21, 2022, and credited UP Congress’s Twitter handle. They, too, warned against the authenticity of the video. 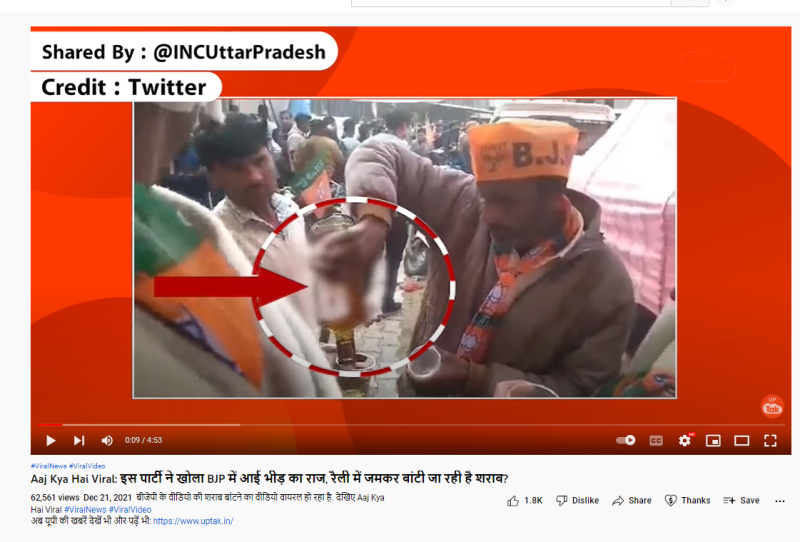 Hence, we can ascertain that the viral video is old and has no relation to BJP’s recent rally in Hyderabad.