Home Music & Entertainment Teaser of Alia Bhatt’s ‘Darlings’ Out, Film To Release On… 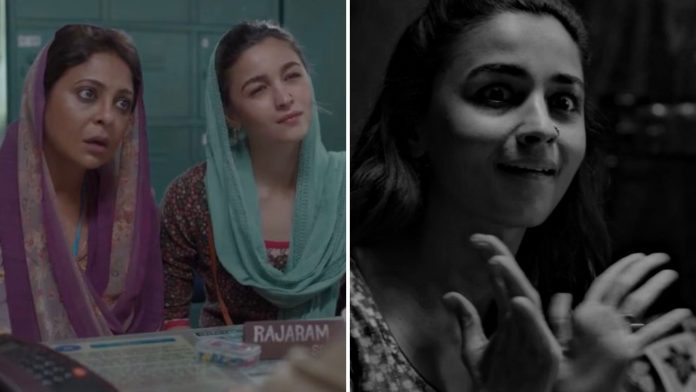 Mumbai: After a successful run of ‘Gangubai’ and ‘RRR’, Bollywood Actress Alia Bhatt flaunts her versatility in the new teaser of Netflix Original “Darlings”.

The teaser has a suspenseful backdrop and slowly unfolds the characters of Shaifali Shah, Vijay Verma, and Roshan Mathew along with Alia. Alia took to Instagram and dropped the teaser with the caption “It’s just tease Darlings.”

The film is directed by Jasmeet. K. Reen also sets out Alia Bhatt’s first project as a producer in the industry. The film is set to release on Netflix on August 5. The film revolves around the life of a mother-daughter duo trying to find their small space in the city of Mumbai.

The film explores the genre of ‘Dark Comedy Drama’, a path less taken in Bollywood. The release of the teaser has left fans in awe of Alia’s command over roles.

Here are some of the reactions:

#AliaBhatt is the meaning of versatility….

She can literally do everything, love stories,A female spy thriller, a badass girl & even a female mafia and now a dark comedy with #Darlings … pic.twitter.com/T6dAdxrTw8

Perhaps the most expressive face in bollywood.. #Darlings pic.twitter.com/QwiO6xuS0e

#AliaBhatt just keeps getting better with each movie and can we just appreciate that background music. #Darlings teaser is a cracker. pic.twitter.com/y9U5JiE89G

Alia's voiceover in the teaser is so impressive ♥️♥️♥️
That's genuine progress and growth to do such a voiceover and make an impact. Loved the way she spoke and the small nuances in dialogues !#AliaBhatt #Darlings