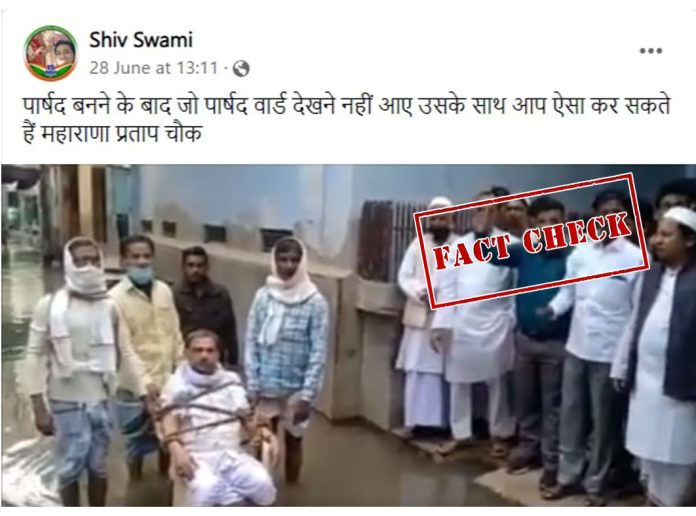 A video — showing a man tied to a chair on a flooded street — is being circulated online, with a claim that this is how people treated a Municipal Councillor who never visited the locality after being elected. 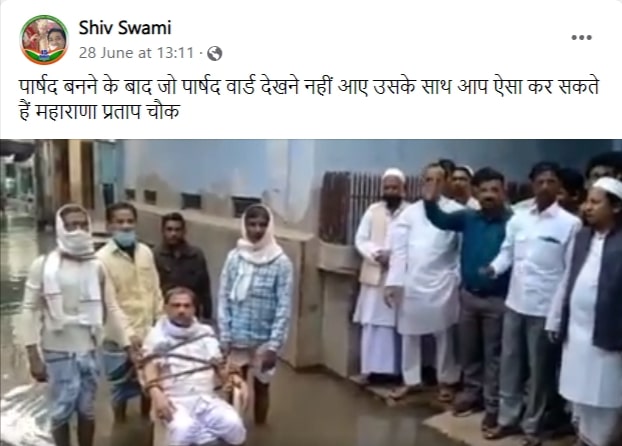 Running a search, we found multiple media reports from November 2020. According to a report by NDTV, people in Varanasi took their own Councillor hostage after getting fed up with the administrative system due to sewer waterlogging. 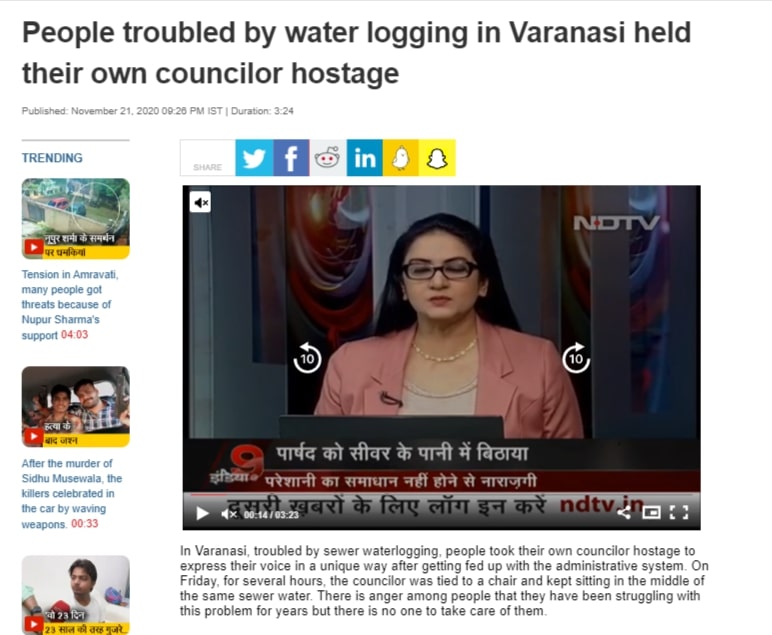 The report mentioned that the Councillor was tied to a chair for several hours, and kept sitting in the middle of the same sewer water.

Navbharat Time had also reported that the sewer water was flowing in the streets for four months. When the local people got tired of complaining, they took the Councillor — who was roaming on the streets — hostage and made him sit in the middle of the flooded street. The report identified the man as Tufail Ansari. 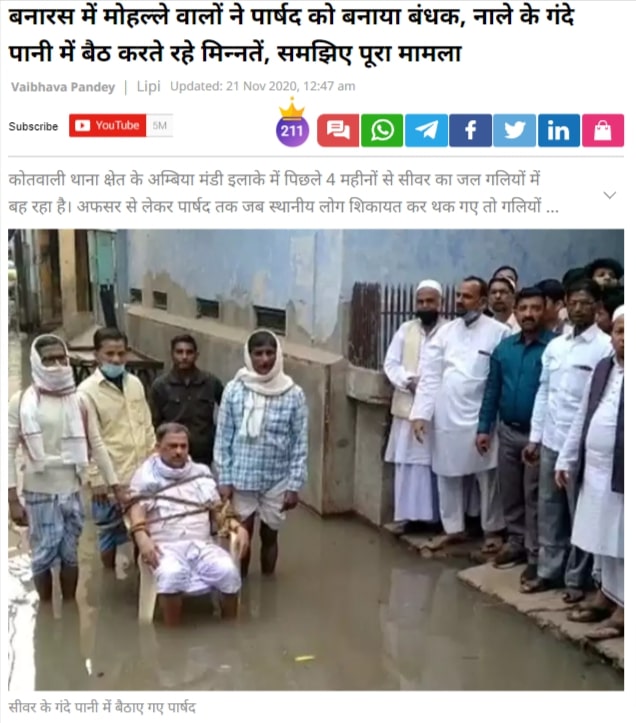 News 18 had also covered the same incident in November 2020. However, none of the reports mentioned that the Councillor had not visited the locality after being elected.

Thus, based on the above information, it is clear that a video of an old incident is being shared with a misleading claim.