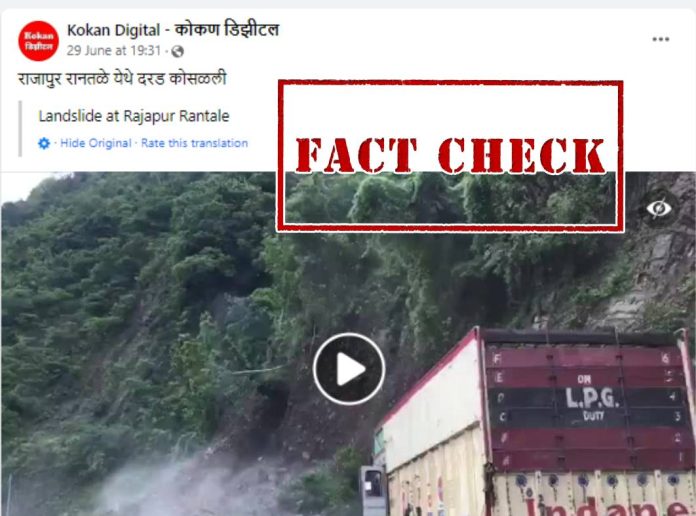 A video is widely being shared on social media, claiming that it is a landslide in Rajapur, Maharashtra. 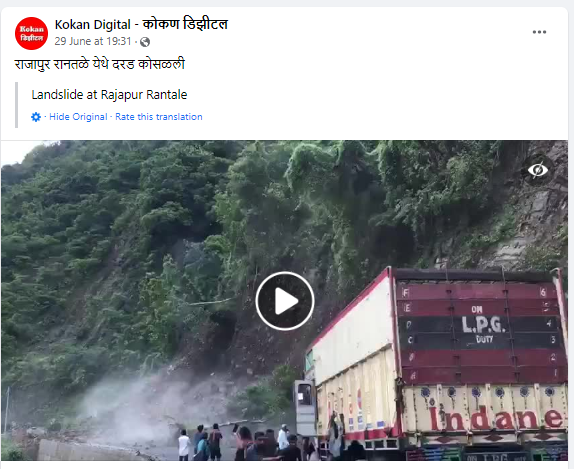 NewsMobile did the fact-check, and found it to be false.

On doing a Google Reverse Image Search with one of the screenshots, we found that the same video was uploaded by a YouTube channel on June 23, 2022, with a caption: “Footage of a landslide at Silchar — Mizoram Highway (NH 306).” 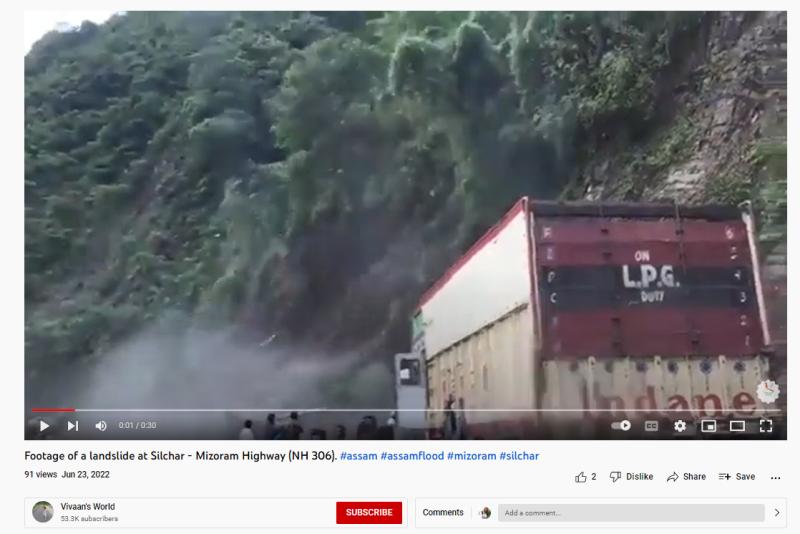 Another YouTube channel, Current Affairs, also uploaded the video, claiming that it is a landslide at Silchar — Mizoram Highway (NH-306) 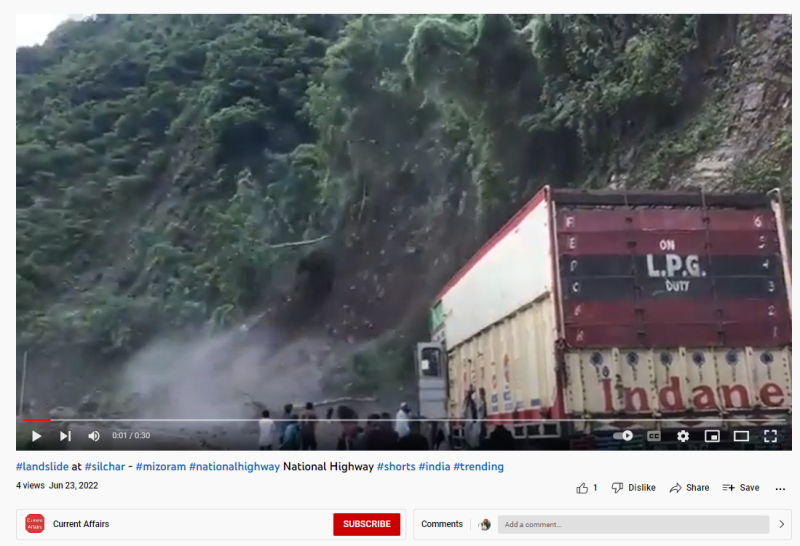 Tak News also claims that the video is of Assam landslide. But we did not find any media reports of a landslide in Assam. A local reporter from Maharashtra also confirmed that no landslide took place at Rajapur.

Though NewsMobile independently cannot confirm the origin of the video, it is certain that the video is not from Maharashtra’s Rajapur.