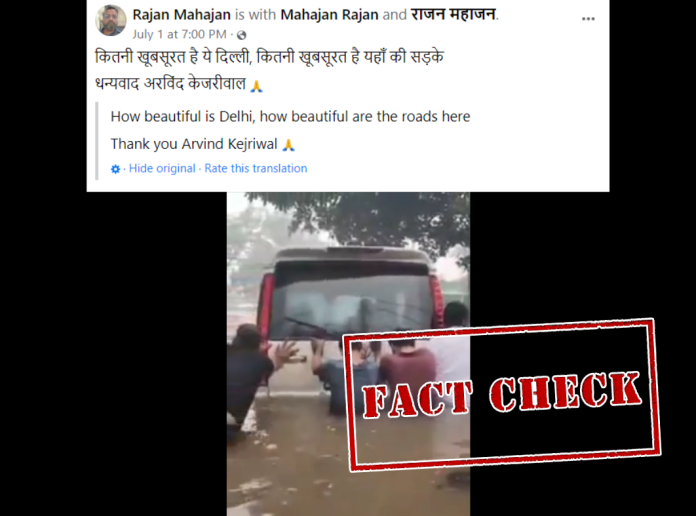 On the first day of the monsoon this year — June 30 — Delhi got more than half the amount of rain that it typically gets during the whole month of July. The IMD predicts that Delhi will get moderate rain throughout next week.

Against this backdrop, a video is widely shared on social media in which people can be seen pushing a car on a flooded road. It is claimed that this is the aftermath of a day’s incessant rain in Delhi. 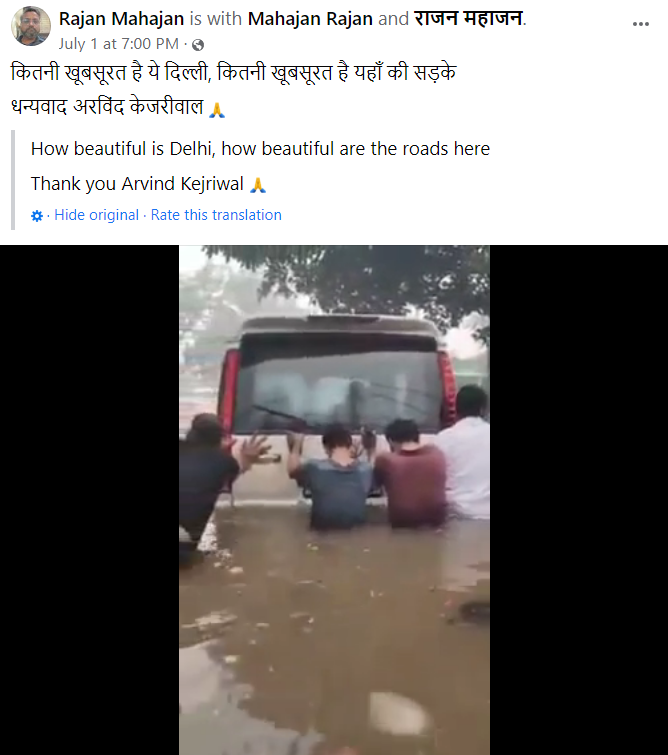 We did a keyword search, but could not find any credible media article that reported flooding of this intensity in Delhi during the recent rain. 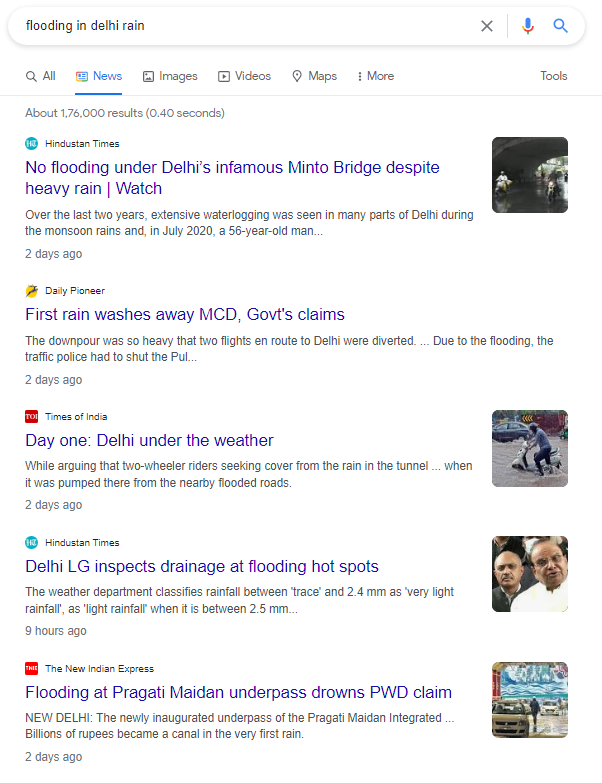 We then carefully checked the video and saw that the initial letter of the car’s number plate reads ‘H’ not ‘DL’. 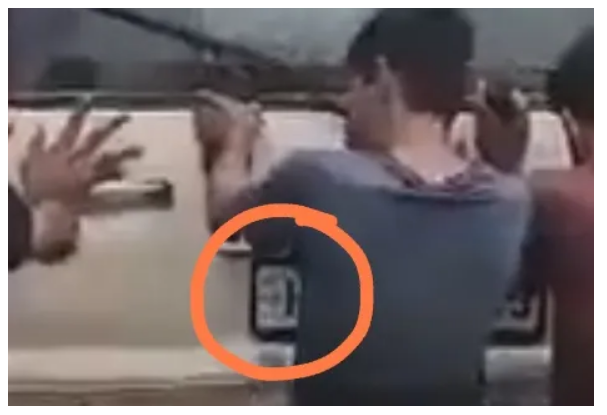 We searched further and found images in Google Maps that matched the viral video. Thus, it can be concluded that the video is from the Rohtak area of Haryana.

We also found that the AAP Haryana had tweeted a similar video from the same neighbourhood on July 1, 2022, with the caption: “In Rohtak, Haryana, the whole city was submerged in a boat-like situation. Government’s inaction came out openly in the first rain of the season in whole of Haryana. The work of development gets lost due to corruption.”