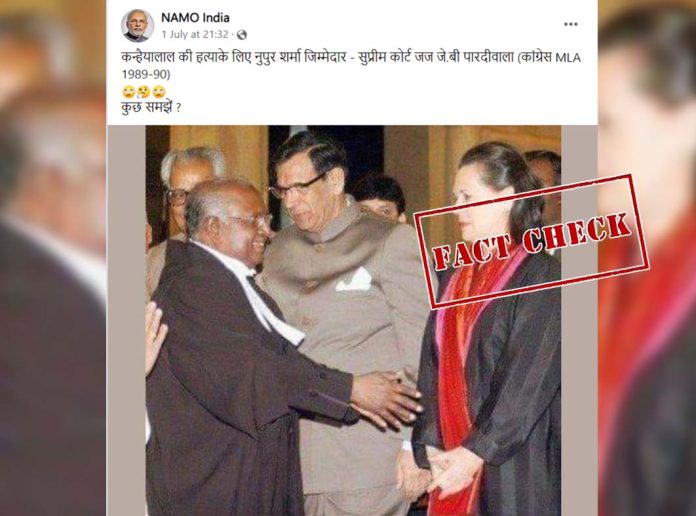 The Supreme Court on July 1, 2022, refused to entertain former Bharatiya Janata Party (BJP) spokesperson Nupur Sharma’s petition to club multiple FIRs against her for controversial remarks against Prophet Mohammad. A bench of justices Surya Kant and JB Pardiwala said that Sharma’s statements were ‘single-handedly’ responsible for igniting ’emotions in the country’.

Following this, a picture of a judge with Congress leader Sonia Gandhi started making the rounds on social media with a claim that Judge Pardiwala was an MLA from the Congress party in 1989-90. 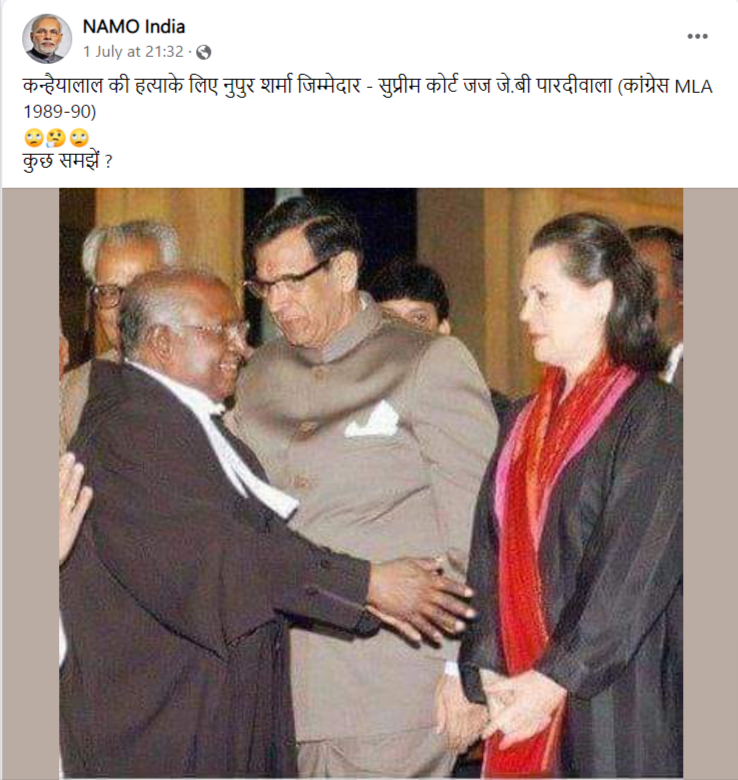 When NewsMobile fact-checked the post, it was found to be false.

We fact-checked the posts in two parts:

Firstly, we put the image through a Reverse Image Search and found a blog post from 2007 featuring the same image. According to the post, the image is of former CJI KG Balakrishnan with Sonia Gandhi. 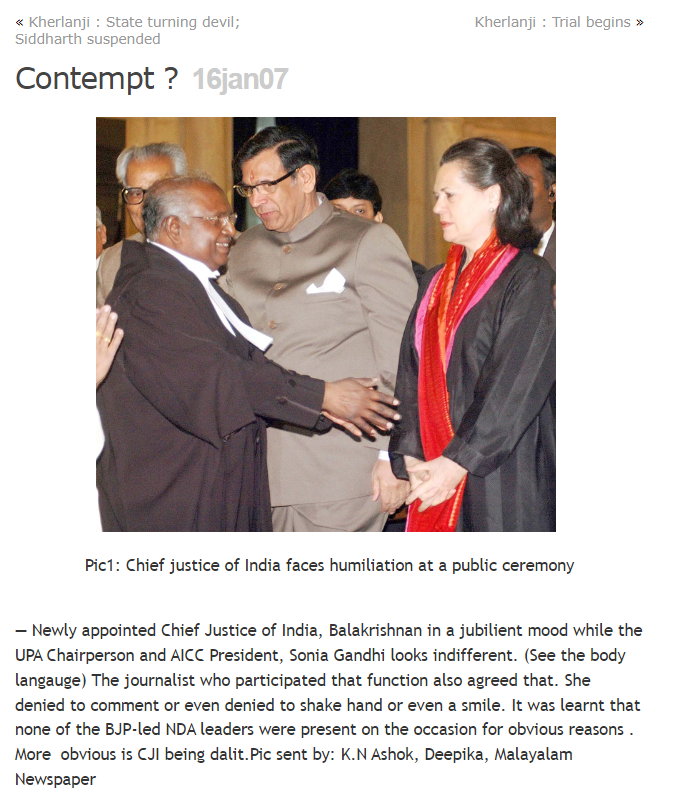 On searching further, we found another picture of Sonia Gandhi at the swearing-in ceremony of KG Balakrishnan (January 2007), where she can be seen in the same attire.

There was one more picture of KG Balakrishnan with former President of India APJ Abdul Kalam, which was also taken at the same ceremony. In the background, Sonia Gandhi was visible.

So, it can be concluded here that the man in the picture is KG Balakrishnan and not Justice Pardiwala;

2. Was Justice Pardiwala a Congress MLA?

We then ran a keyword search and found the profile of Justice JB Pardiwala, available on the website of the Supreme Court.

As per the profile, he was born on August 12, 1965, in Mumbai. After completing his law degree from KM Mulji Law College, Valsad, in 1988, Pardiwala started practice at Valsad in January 1989, and then shifted to Gujarat High Court, Ahmedabad, in September 1990. 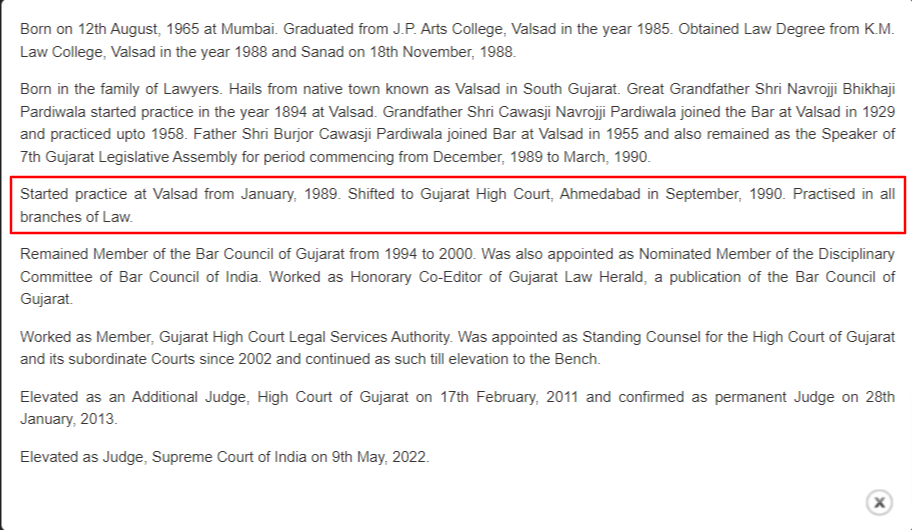 It was also mentioned that his father, Burjor Cawasji Pardiwala, was the Speaker of the 7th Gujarat Legislative Assembly — from December 1989 to March 1990. The same information was available on the Gujarat Assembly website. 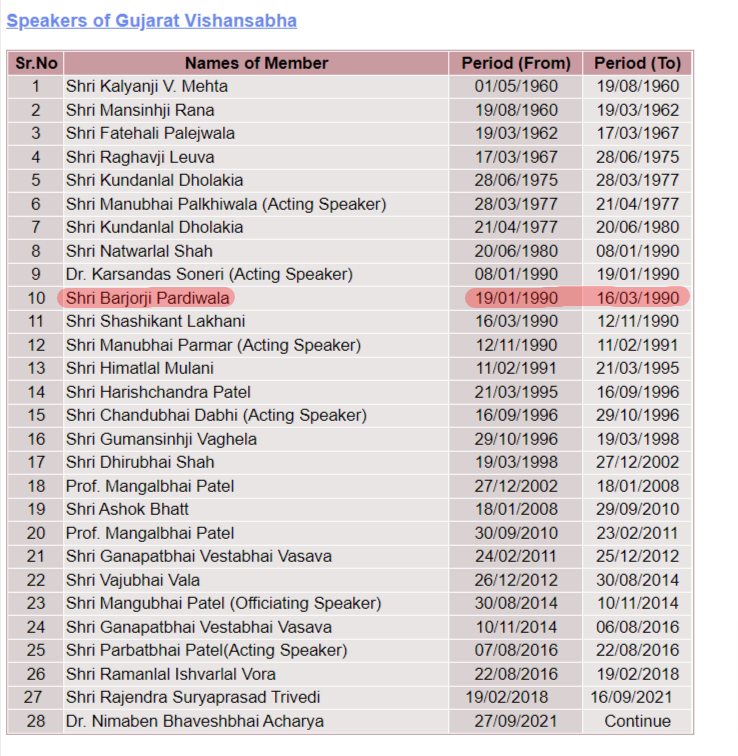 Moreover, we found that Burjor Cawasji Pardiwala had won the 1985 Gujarat Assembly elections as a candidate of the Congress Party from Bulsar. 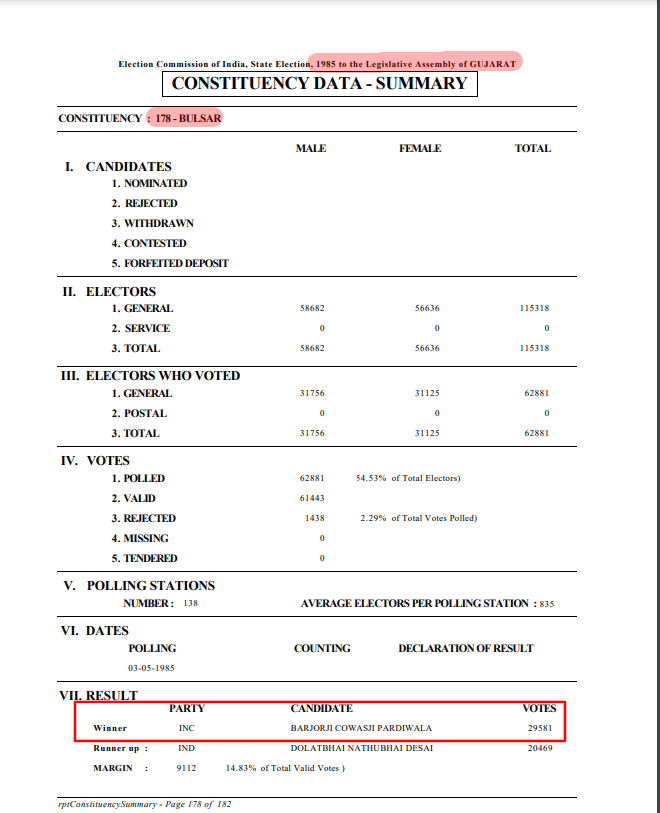 Hence, it is clear that the claim in the viral post is false.